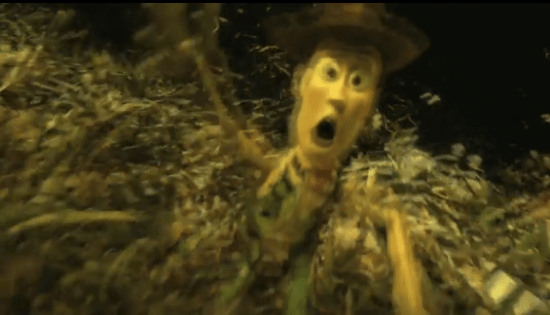 When the LA Times wrote the first in-depth piece about Inception, which they called an “existential heist flick,” we were relieved to read it — both because we’re big Christopher Nolan fans, thanks in no small part to his great job on rebooting Batman, and because, well, we didn’t really know what it was all about.

Right when we thought we’d wrapped our heads around it, the devious video editor at ScreenRant, Mike Eisenberg, just had to throw our heads for a loop. Thanks to an uncannily well-done overdub of the audio from the Inception trailer over the trailer for Toy Story 3, we, like Leonardo DiCaprio — or is that Woody? — can no longer tell dreams from reality.