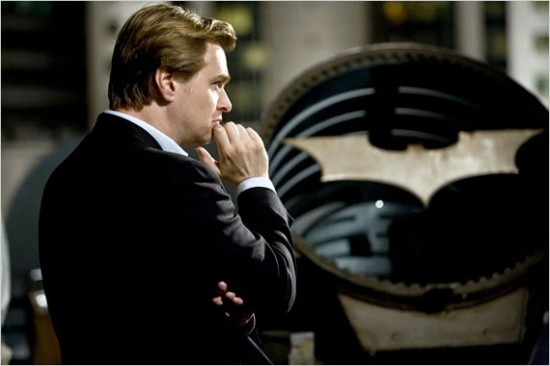 Asked if Superman as a franchise has to overcome a deficiency of truly great villains, unlike, say, Spider-Man and Batman, he won’t bite. “That’s a very sly way of asking a question I’m not going to answer.”

Touché, Mr. Nolan, touché.  However, he did say a number of definitive things about his third Batman movie, which is currently in the script writing stage.

1. Nolan’s Batman is the only superhero in his world.  Likewise with his Superman.

“A lot of people have approached Superman in a lot of different ways. I only know the way that has worked for us that’s what I know how to do,” Nolan said, emphasizing the idea that Batman exists in a world where he is the only superhero and a similar approach to the Man of Steel would assure the integrity needed for the film. “Each serves to the internal logic of the story. They have nothing to do with each other.”

This means that there will be no joint canon between the Nolan Batman movies and the upcoming Superman reboot.  We know Nolan has his reasons, but we’d like to take a moment of silence for the Lucius Fox cameo in Lex Luthor‘s office that might have been.

2. Most of the usuals will be back.

Nolan said the key characters from the two first films and the actors who that play them will be back. “We have a great ensemble, that’s one of the attractions of doing another film, since we’ve been having a great time for years.”

So: it’s safe to assume appearances from Two-Face, Gordon, Alfred, and Lucius Fox.  Does this mean Rachel might be back there in flash-back?  We’ll see.  We’re also looking forward to their explanation of The Joker‘s absence.  We’re not expecting it to be a huge part of the story, we’d just like to know how they handle it.

No, we will not on any account consider the casting of someone other than Heath Ledger to play the Joker.  They’re going to have to do this one without him. 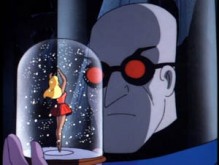 3. Mr. Freeze will not be the villain.

His villain choices to date have steered cleared[sic] of strongly supernatural or super-science characters (no Man-Bat, Mr. Freeze or Poison Ivy, for instance) but he shook his head when asked if that was trajectory he would continue. He did however concede one tidbit: “It won’t be,” he said, “Mr. Freeze.”

We would disagree that Nolan has strayed away from supernatural characters.  He has downplayed (yet not denied!) the supernatural capabilities of Ra’s al Ghoul.  Scarecrow, as well, kept his super-sciency mood-altering gas.  No luck on that front for the Joker, apparently.

“I’m very excited about the end of the film, the conclusion, and what we’ve done with the characters,” Nolan said.“My brother has come up with some pretty exciting stuff. Unlike the comics, these thing[sic] don’t go on forever in film and viewing it as a story with an end is useful. Viewing it as an ending, that sets you very much on the right track about the appropriate conclusion and the essence of what tale we’re telling. And it hearkens back to that priority of trying to find the reality in these fantastic stories. That’s what we do.”

We applaud this decision to tell us a story instead of a brand — although it would not surprise us if Warner Bros. tried to make more movies irrespective of Nolan’s wishes.