What Inception Is About | The Mary Sue

Public Service Announcement: What Inception Is About 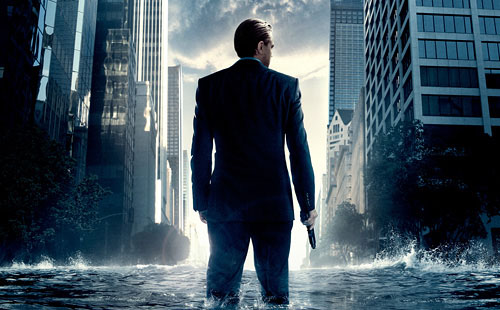 I trust Christopher Nolan as a director, and with a cast that includes Leonardo DiCaprio, Ken Watanabe, Joseph Gordon Levitt, Ellen Page, Cillian Murphy, and Michael Caine, who could say no to Inception? The problem is that immediately after watching the trailer, I was overcome with two warring emotions.  1) An interest in the film.  2) The knowledge that I had been tricked into being interested in the film, because I still had no idea what it was about.

Thankfully, Geoff Boucher at The LA Times has revealed just enough about the movie’s plot to make the trailer more coherent and make me feel a little less like a victim of a Jedi mind trick.

The film stars Leonardo DiCaprio as a specialist in the new branch of corporate espionage — he’s a dream thief who plucks secrets from the minds of tycoons after pumping them full of drugs and hooking them up to a mysterious contraption. The problem, though, is the land of nod can be volatile — as can DiCaprio’s character, Dom Cobb, who is a wounded dreamer after the loss of his beloved wife.

So… there you have it.  Page and Levitt play DiCaprio’s proteges, Murphy is one of his victims.  We’ll have to wait and see where everyone else fits in.

The full article, the title of which wonderfully calls Inception Hollywood’s first existential heist flick, can be found here.  My favorite part?  Finding out that Ellen Page reads Haruki Murakami.