Astronauts To Test Super-Sensitive “Touchy-Feely” Joystick In Space, Probably Not A Euphemism 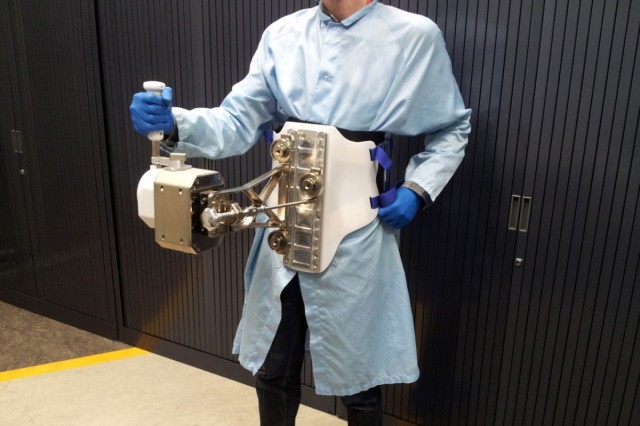 After making a whole lot of NASA-related dick jokes last weekend, I’m going to avoid the easy punchline here and just stick to facts. This summer, astronauts on the International Space Station will test a wearable joystick that might one day allow them to control robots on other words from orbit. Also, you strap the joystick to your waist. Because.

The joystick is described by the European Space Agency as “super-sensitive” and “touchy-feely” (must… resist… penis jokes…), and the ISS team will run a series of tests on the joystick to see if their motor control has been effected by long-term weightlessness, and how the stick responds in space.

The joystick will be bolted to the wall of the ISS as well as strapped to the astronauts’ waists, so that the user doesn’t go flying around the room while… playing with their joystick. To simulate the idea that the joystick is controlling robots on an alien planet fraught with obstacles, the joystick will resist the astronaut’s commands, and will also create movement of its own. Just like… well, you know.

The joystick will be flown to the ISS on an ESA Automated Transfer Vehicle this spring, and is the first piece of hardware put into orbit by METERON, an international research team devoted to astronaut-robot teleoperations. More junk jokes to follow.

(via Space.com, image via ESA)