Astronaut Creates Space-Inspired Menu, Serves You Sauce Made From Meteorites

It's like eating space, this is the best thing that's ever happened. 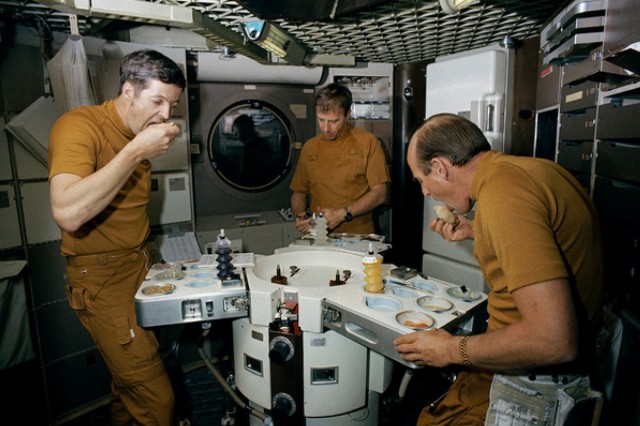 After you’ve been to space seven times, what’s really left to do with your life? If you’re shuttle mission specialist Franklin Chang Diaz, you team up with the fanciest restaurant you can think of, and help them set an awesome space-themed menu for the enjoyment of us lowly denizens of Earth. The taste is out of this world (I hate myself).

Joining forces with the chefs at the Four Seasons in his native Costa Rica, Chang Diaz has put together a multi-course menu called “Taste the Stars,” which blends molecular gastronomy with things that he saw and ate in space. The menu is influenced by Chang Diaz’s experiences with weightlessness, extreme temperature, fluid dynamics, and darkness and luminosity.

“The food I ate in space was not what you would call ‘fine dining,'” said Chang Diaz, “In fact, eating was a challenge altogether. But what if there was a way to experience the wonder of space without ever leaving Earth? What if we could give new meaning to the phrase ‘dining under the stars?'” he asked, which actually makes me feel a lot better about my “out of this world” line.

The Four Seasons is taking the space thing really seriously – their menu features a sauce made from a meteorite, and wine steeped with a 4.5-million-year-old meteorite, “so you can truly taste the stars.” And, of course, the whole thing is served to you outside, at night, under the starry sky, in one of the world’s best locations for stargazing.

If you happen to find yourself in Costa Rica, you can experience the Taste the Stars menu at the Four Seasons Resort Costa Rica for $195.