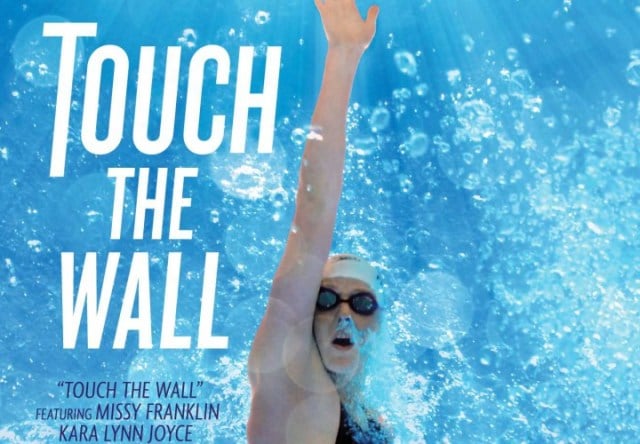 I am not an athletic person. In highschool I loathed PE with a pure, righteous anger, and I still haven’t gotten over my ensuing hate for organized sports. Given my proud couch potato status, I was surprised by the ways in which Touch the Wall, a documentary about Olympic swimming champs Missy Franklin and Kara Lynn Joyce, still resonated with me. Here’s the trailer for those of you not familiar with the film:

The movie spans the three years leading up to the 2012 London Olympics, and focuses on the friendship between 14-year-old up-and-comer Missy Franklin and 4-time-Olympic-medalist Kara Lynn Joyce. Despite being competitors, the pair are also teammates and training buddies, and develop an intense, sisterly bond even as their careers go in opposite directions.

If you’re known for getting a little verklempt while watching the Olympics, Touch the Wall will likely appeal to you for obvious reasons. Equally compelling as Joyce and Franklin’s journey as athletes, however, is their journey as friends. It’s rare and incredibly important to see such a healthy female friendship on screen, especially between two women who are ostensibly competitors.

Touch the Wall is also unintentionally revolutionary (at least relative to most movies) in its celebration of female physical and emotional strength. The filmmakers respect Franklin and Joyce’s bodies for their ability to swim, lift, and hug rather than how they measure up to arbitrary beauty standards. Rarely are women in film also allowed to be ”selfish” without judgement, but for both athletes, knowing how to take care of one’s own needs is a priority–and that makes them incredible role models for young girls.

I recommend Touch the Wall if only because, as a documentary and a portrait of a very specific community most people would never be privy to otherwise, it portrays women in a way that’s not just not seen often on film. I was occasionally underwhelmed by the filmmaking itself, but if you’re looking for strong female role models or a documentary that respects its subjects, you won’t be disappointed.

Touch the Wall will be in select theaters this Friday. 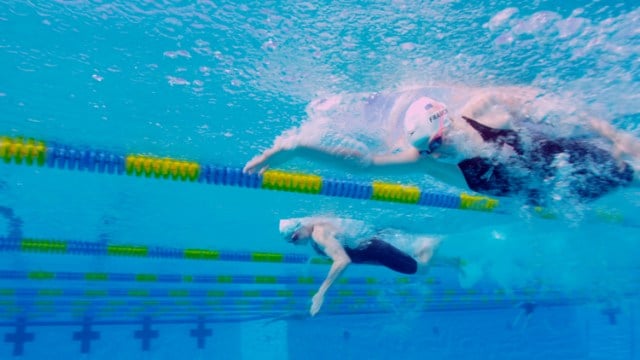