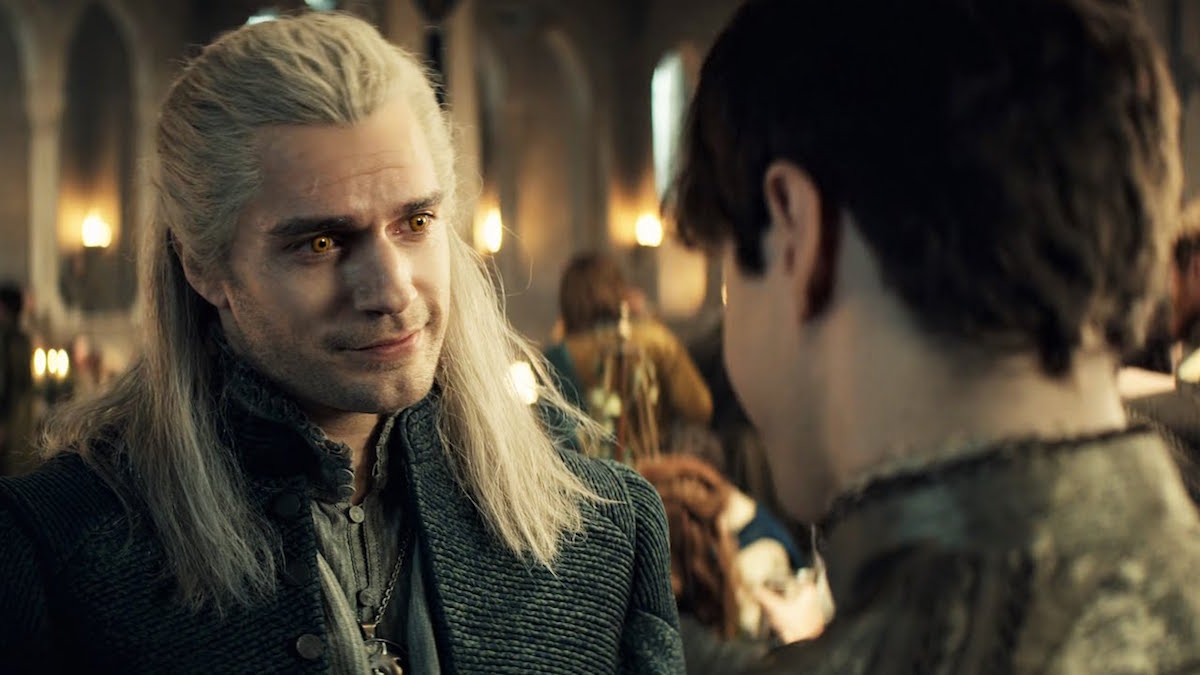 The viral popularity of the in-show song “Toss a Coin to Your Witcher” from Netflix’s hit The Witcher is the kind of internet phenomenon that gathers steam and then explodes into ubiquity. The song has generated rousing covers in everything from metal to banjo to full choirs. But sometimes you want the original. On repeat. For hours. Luckily, YouTube users are here to provide.

“Toss a Coin to Your Witcher” is originally sung on the show by the bard Jaskier (Joey Batey) and recounts some of Geralt of Rivia’s exploits that Jaskier “graced a ride along” for. Written by show composers Sonya Belousova and Giona Ostinelli, this ditty is intended to boost Geralt’s popularity and burnish his legend, and it works both onscreen and off.

Later, the song plays over the show’s credits, and that’s when you slowly start losing control of your life and your listening choices. There’s an earworm quality to the music, especially that chorus, that gets stuck in your head (I was humming it before I knew about the covers or went looking for a recording)—yet the real magic at work is that the song is eminently re-listenable. I’ve had little else on for the entire week.

Baby Yoda is in love with THE SONG too. 😭 #TheWitcher pic.twitter.com/IMbMkDYDin

One problem: Netflix somehow failed to include an official release of “Toss a Coin to Your Witcher” or, indeed, any Witcher soundtrack (indicating the studio had no idea they had what The Verge called “the hit song of the season” on their hands, or if they did, they fumbled the witching-ball). This means it’s not available on Spotify and other streaming services in its original form. So resourceful fans have made dozens of videos featuring Batey singing the song, overlaid on pictures from the show and/or lyrics. (A mod has also been made to insert the song into The Witcher video game.)

That’s all very nice, unless you, like a number of us so afflicted, would like to listen to “Toss a Coin to Your Witcher” on repeat until your ears bleed and you wish for a swift death at the end of a blade. You can make your own YouTube playlist, sure, or right-click to “loop” a video, but now you can also listen to videos that set the song on repeat for an entire hour, no muss, no fuss.

This particular one-hour “Toss a Coin to Your Witcher” rendering—there are several—has more than a million hits, in case you thought I was exaggerating the demand and the terrifying hold this song has over us. Is an hour still not enough? I completely understand. How’s ten hours?

“Didn’t see a ten-hour version of this so enjoy!” the video’s creator LMG writes in its description. The 10-hour “Toss a Coin to Your Witcher” has almost 50,000 hits, and comments on the video reflect our ensorcelled state. “God I hate having to hit replay every 10 hours,” writes one user. “My family got sick of my blasting this through the house… pfft who needs a family anyway?” writers another. “Can we get 100hrs of this it would really help feed my addiction I’ll listen to it all,” writes someone who is not me but may as well be.

Is “Toss a Coin to Your Witcher” actual magic? Parents report it may be. “This is the only song that settles my daughter during her witching hour… I can’t find the irony perfect enough. Thank you for making such a long loop for me to play for her.” Due to popular demand, 10-hour version-maker LMG is also working on that 100-hour video. Yet will even this suffice? “I need one that lasts a year,” says a commenter.

Joey Batey probably could’ve predicted that we were headed in this direction. The actor told Men’s Health that the song is “the most annoying thing I’ve ever heard. It’s so catchy.” His own experience forewarned him. “Everyone’s been listening to it for a week or so now, and humming it. I’ve had that in my head for eight months.” Still, going back into the studio to work on the song post-production was a sort of balm for Batey. “It kind of did some wonders for my heart at the end of everything; I had massive withdrawal symptoms when I wrapped on the show, on Season 1, and it was a wonderful experience to revisit it a couple months later.” This song is magic.

Just one question: are we still going to be like this eight months from now?