Upcoming Season of Torchwood Doubling Down on American Stars 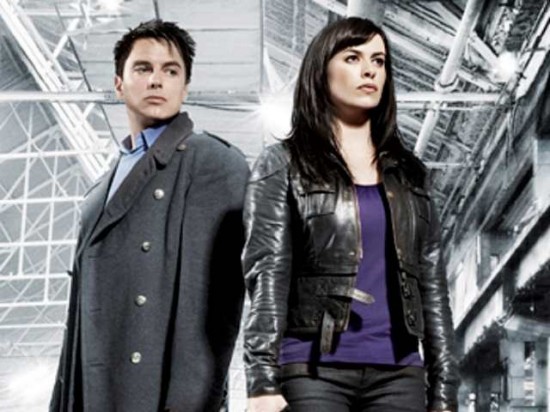 Anagrammatically-named Doctor Who spin-off Torchwood, starring everyone’s favorite man-of-the-fifty-first-century (read: Doctor Who’s comedic way of saying “willingly has sex with most things”) Captain Jack Harkness–a hero for being the only man who ever made fun of the Daleks’ favored grating, obnoxious word of choice–is coming back for another season, dubbed “Torchwood: The New World,” after last year’s successful and unique Children of Earth mini-season, which saw Captain Jack leaving Earth in the finale, as well as leaving us to wonder if the show would return. Well, Jack, played by John Barrowman, is coming back, along with Gwen Cooper, played by Eve Myles, and will be returning July 1st on BBC One in the UK and Starz in the US, but they’re bringing a cast of famous American actors along with them, including Bill Pullman, Mekhi Phifer, Dichen Lachman, and Alexa Havins.

Last year, Torchwood’s Children of Earth took the show in a new direction, releasing a shortened season, but airing each new episode on consecutive days over the course of a week. This year, Torchwood’s approach seems to be “hire as many recognizable American actors as we possibly can,” something its more popular parent show, Doctor Who, has never quite managed to pull off. Previously, the biggest American actor Torchwood managed to snag was James Marsters, who is most noted for playing Spike on Buffy the Vampire Slayer and Angel, but this new season is going for broke, snagging Bull Pullman, of Space Balls and Independence Day (among many other things) fame.

Among other American stars who aren’t Bill Pullman, most recognizable of the bunch is Mekhi Phifer, who is probably most known from ER and 8 Mile. Dichen Lachman has also been cast, known for her role on Joss Whedon’s Dollhouse, as well as Alexa Havins, most known from All My Children.

Fans are surely stoked for the new season, especially with its suddenly-all-star cast, but the Joss Whedon fan in me has to ask: Now that we’ve breached the walls of the Dollhouse cast, can we cast Enver Gjokaj? He’ll only be the best actor on the show, and Captain Jack needs a new male love interest. Cool? Thanks.

UPDATE: The new series is now going by the moniker, “Torchwood: Miracle Day.”

(TV Line via Den of Geek)