Our Top 10 Picks for Exclusive SDCC 2019 Toys and Collectibles

Our thirst for merch is unquenchable.

With San Diego Comic-Con 2019 just two weeks away, nerds from all over the world are preparing for their epic journey. Some are finalizing hotel shares, others are putting the finishing touches on their cosplay, and there are those who are carefully mapping out their plan of attack to get as many signatures and photo ops as possible.

But it wouldn’t be SDCC without buckets of exclusive merch available from companies and studios across all genres. Folks will wait hours in line for an exclusive Funko Pop or collectible figure, like a high-priced scavenger hunt. But with the sheer number of exclusives available each year, how do you choose what to spend your valuable money on now versus what you’ll be trolling eBay for in the weeks to come?

To ease your merch anxiety, we’ve pulled our top 10 toys and collectibles that we’d pick up on the convention floor. You’ll have your own favorites of course, but these are the toys we’ll be convincing our colleagues to hunt down for us (sorry in advance, Jessica and Kate!).

1. and 2. Funko Pop! Wynonna Earp and the MCU’s Minn-Erva

It’s no surprise that the immensely popular Funko Pops are taking SDCC by storm. There are far too many Funko exclusives to list, but there are two that we’re most excited about. The first is the MCU’s Minn-Erva from Captain Marvel in her metallic green Kree armor. The second is Wynonna Earp, from the beloved Syfy series that FINALLY got to resume production on its 4th season.

A badass intergalactic warrior and a foul-mouthed gun-slinging demon slayer? All of the yes. You can find them at the Funko Pop Booth #100. 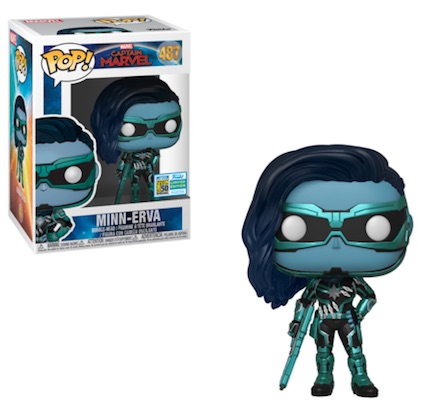 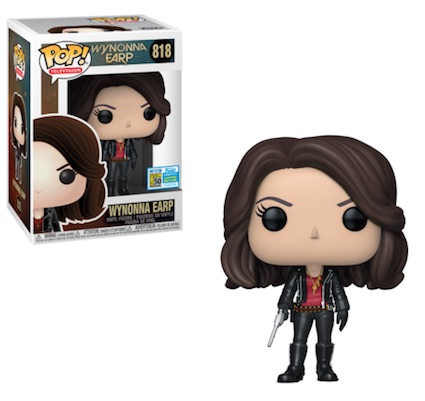 If you’re a Roger Rabbit fan or a vinyl collector, you won’t want to miss this Yellow Dip Variant vinyl that features a gate fold sleeve and a reproduction of the Acme’s will prop with Roger’s lipstick-scrawled love letter to Jessica. It’s a beautifully produced package and available at Mondo booth #435. 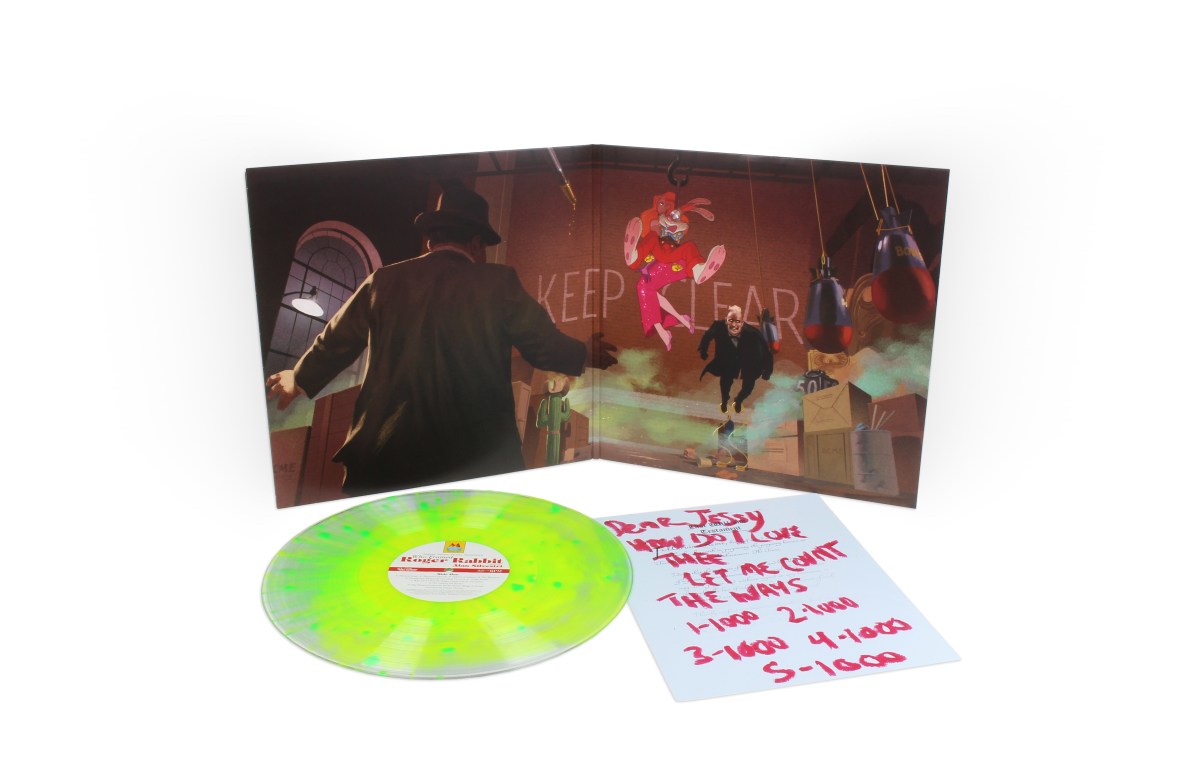 This 271-piece set features the ASIS, a flying Carol Danvers, Goose going full Flerken, and Monica Rambeau. I mean honestly, what more do you want? This one is going to be tricky to get, as it is only available to those who win in the Exclusives Portal Lottery. 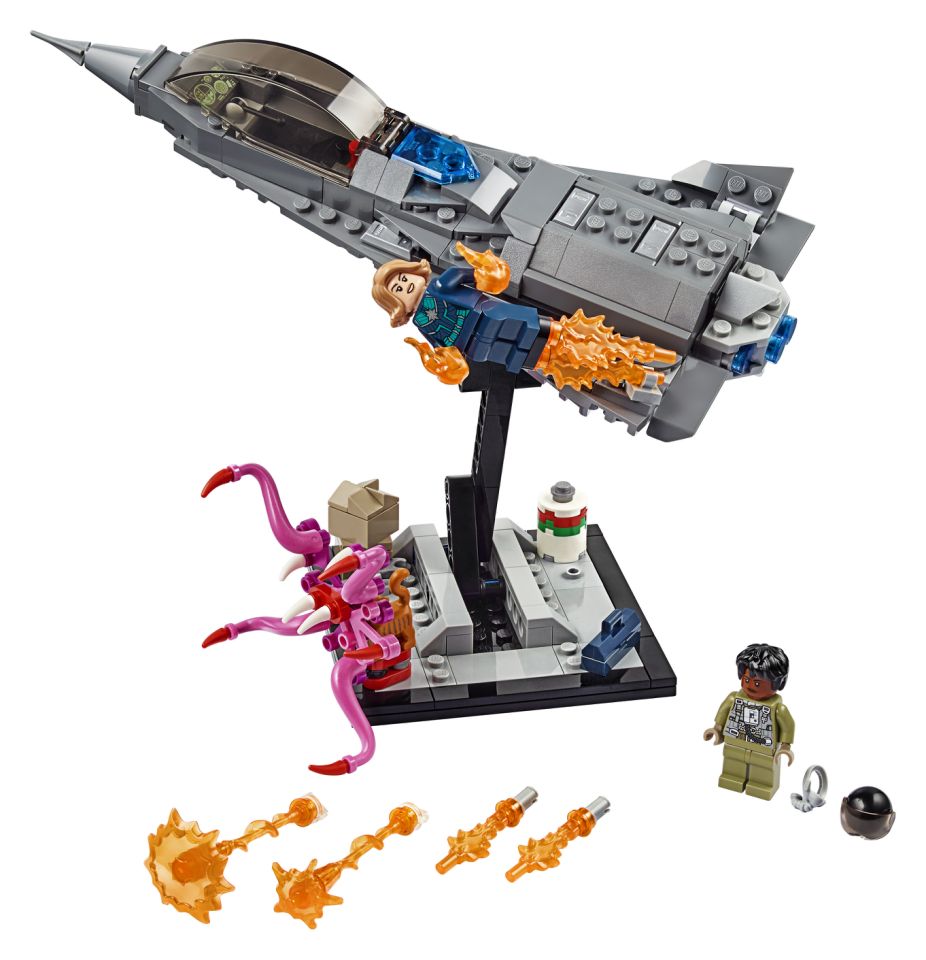 This mash-up toy is a must-have for Ghostbusters and Transformers fans alike. The 9.5 inch tall Optimus Prime transforms into the Ecto-35, a Ghostbusters-style semi-truck. The trailer converts to a ghost busting base when Optimus is in his robot form, and the packaging resembles a proton pack that you can wear out of the convention. You can pick it up at Hasbro booth #3329. And you can mail it to me here at The Mary Sue HQ because I want it real bad. 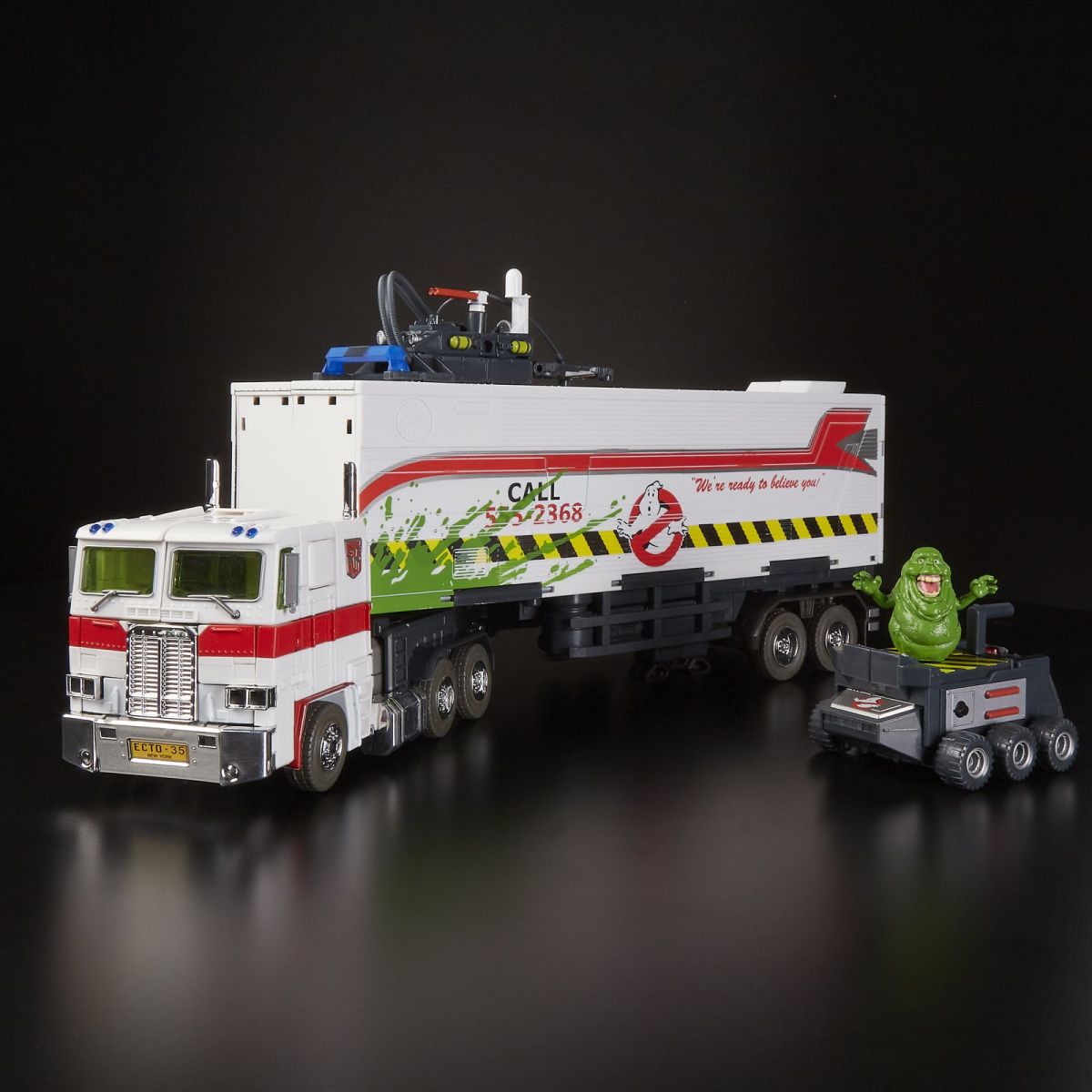 6. Hasbro’s Legends Series, The Collector and The Grandmaster

Look, we have a strong Jeff Goldblum policy here at The Mary Sue, in that we love him and will buy any and all Goldblum merch. Benicio del Toro, you’re still cool. Pick up two of the MCU’s best weirdo side characters aka the Elders of the Universe in this fun two-pack. 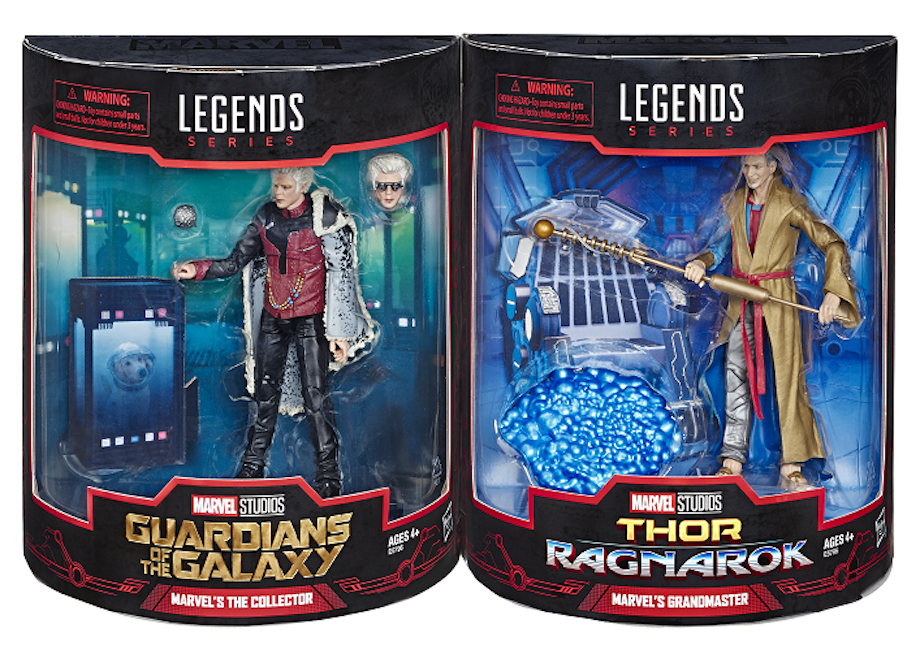 This poseable Aquaman figure has 30 moveable joints and comes with a pair of wave special effect components, as well as an alloy Poseidon Trident, and three interchangeable hands. It’s also the closest you’ll get to having Jason Momoa in your house. You can find him at Booth #2849. 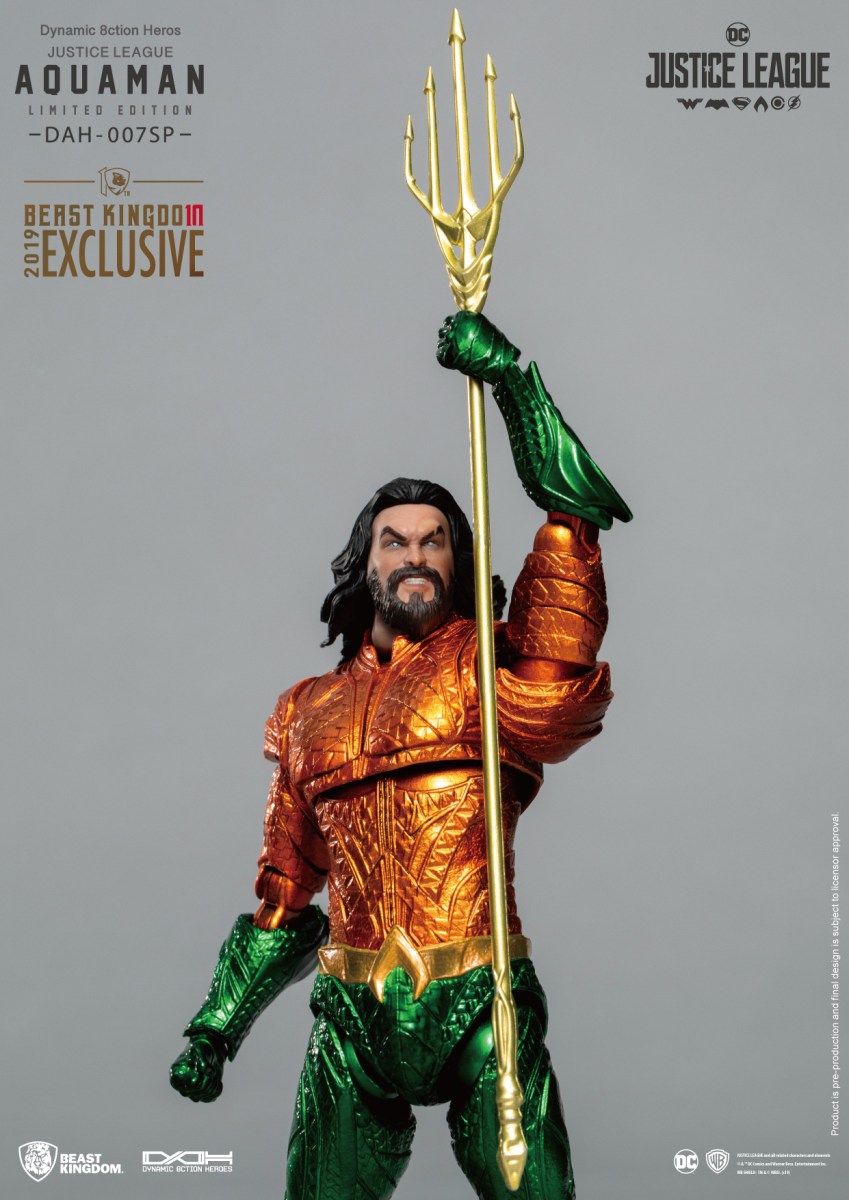 Okay, so we said we weren’t going to buy any more bags from Loungefly because frankly we have too many as it is, but come on, how are we supposed to resist this ridiculously cute Scoops Ahoy backpack? And look at those Steve and Robin Funkos! We’re not monsters. Find yours at Booth #5248. 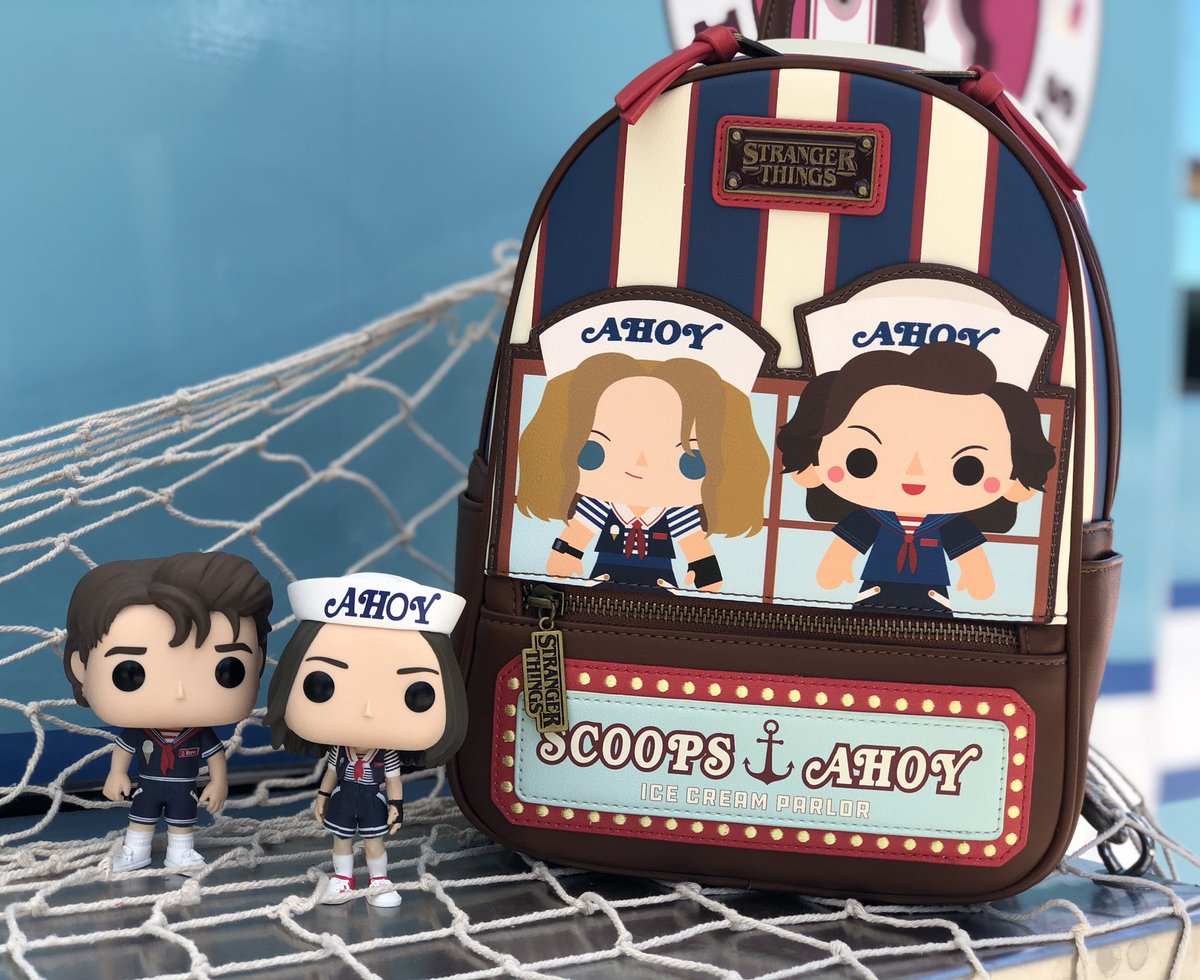 This red glow-in-the-dark vinyl figure from Netflix’s Aggretsuko perfectly captures the rage of a red panda at a mind-numbing office job. Blast some death metal and grab this at booth #2486. 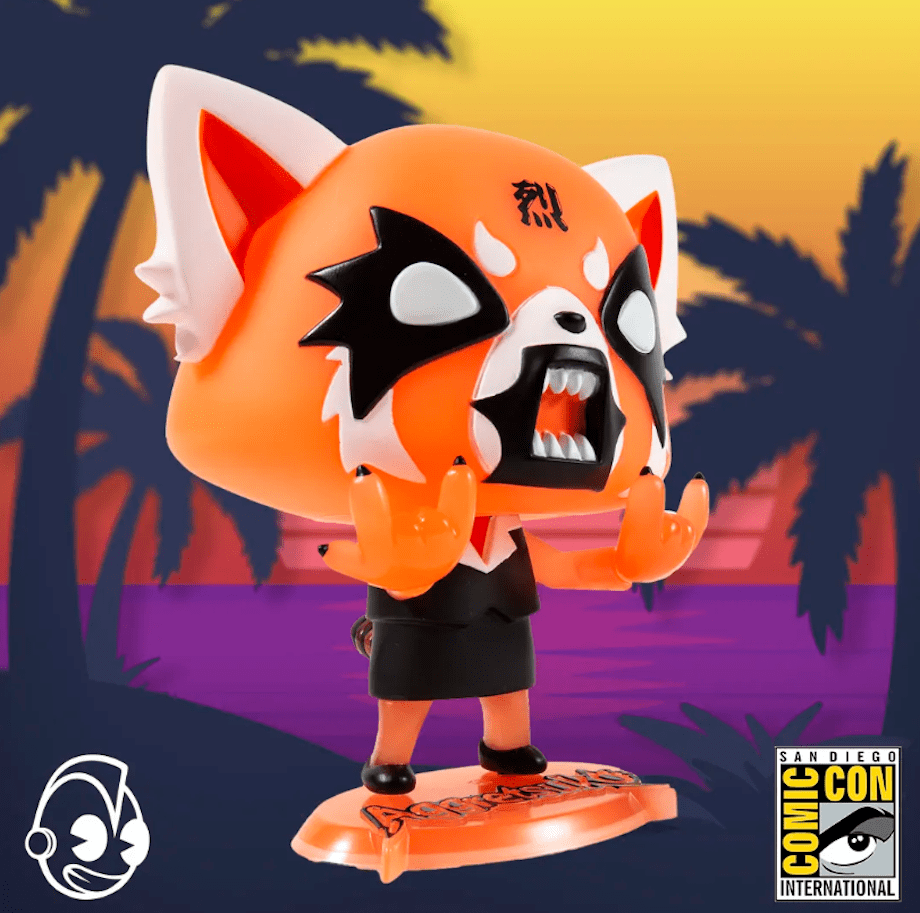 Feel like Wakanda royalty in this Black Panther necklace because you’re a queen and you deserve nice things. You can grab Toynk Toys merch at Booth #’s 815, 4437, and 3749. 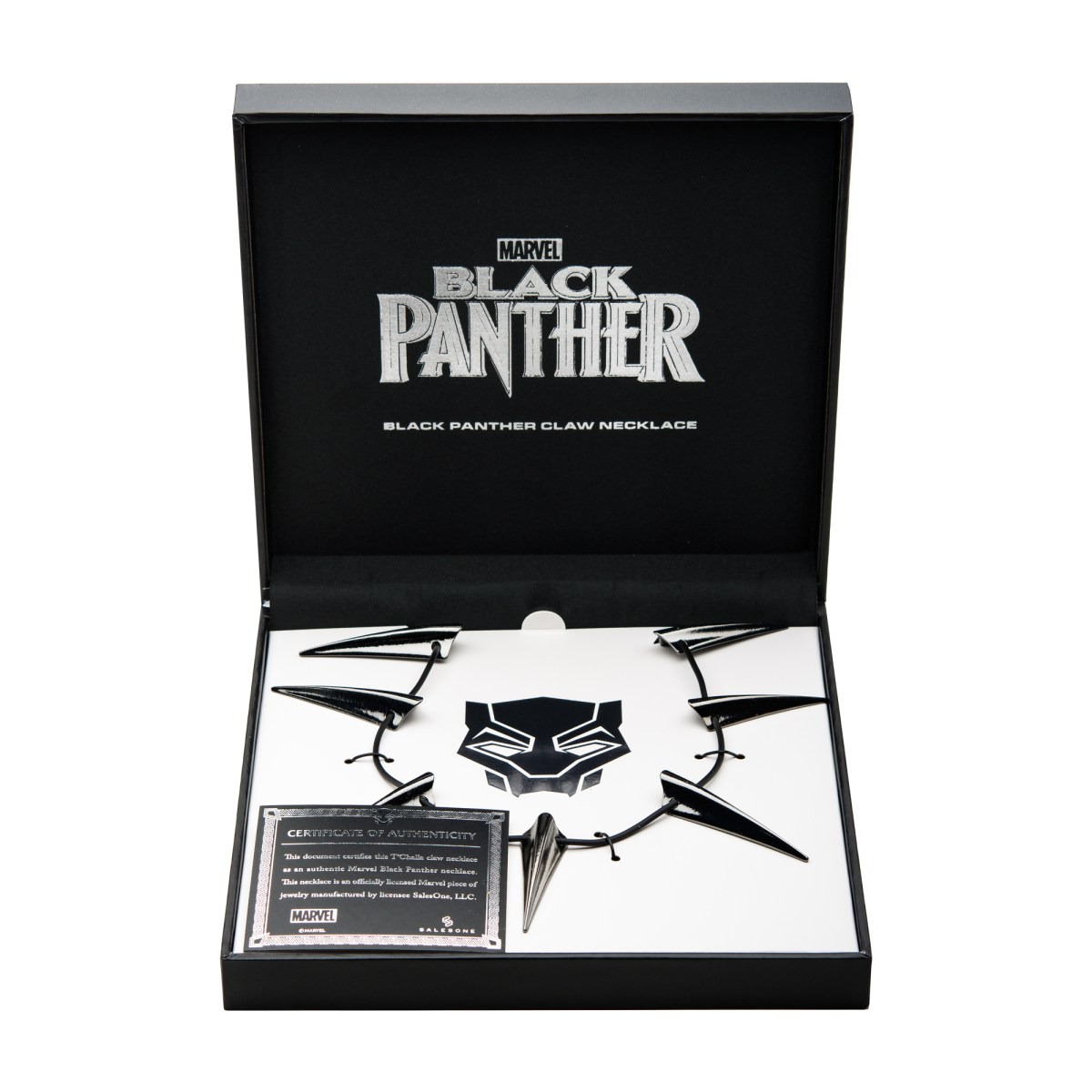