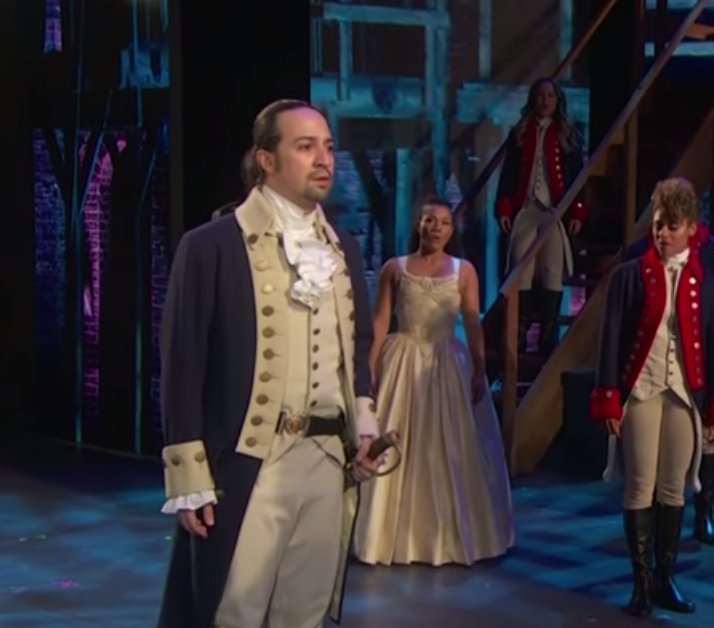 The Tony Awards have always been, jazz hands down, my favorite awards show. The performers generally seem more comfortable presenting on stage in front of their peers than the screen actors at the Emmys and Oscars, and for many viewers, the performances at the Tonys provide their only opportunity to see live numbers from a musical that otherwise might be totally inaccessible.

That accessibility was particularly relevant this year, given the intense hype surrounding Lin-Manuel Miranda’s mold-breaking musical Hamilton. Hamilton earned a record-breaking 16 Tony Award nominations and has been, despite Miranda’s best efforts to make the musical as widely available as possible, a very difficult show to see, so it’s not surprising that last night’s Tonys had the Awards’ best ratings in 15 years—for most viewers, this was their only opportunity to see songs from Hamilton performed live, at least with the musical’s original cast.

Last night’s show also felt particularly meaningful to me in light of the attack in Orlando this weekend. For myself, it was healing to see a community so full of LGBTQIA creators coming together in solidarity and love, rather than fear. Here are some of the moments that touched me the most during yesterday’s Tonys, on a night when I was feeling particularly vulnerable and hopeless.

In her speech, Goldberry recounted her struggle to have children, saying “I would just love to say that if you know anything about me I have spent the last 10 years of my life but some would consider the life blood of a woman’s career just trying to have children. And I get to testify in front of all of you that the Lord gave me Benjamin and Brielle and he still gave me this.” Goldsberry also thanked the entire cast of Hamilton, saying “When one of us win we all win because we are one. I love you.”

In a shocking turn, Lin-Manuel Miranda also won for Best Score. In his acceptance speech, he delivered a sonnet that touched on the Orlando attack:

After announcing early yesterday that, as an acknowledgement of the Orlando tragedy, all prop guns would be left out of Hamilton‘s performances, the cast also performed a musket-less rendition of “Yorktown (The World Turned Upside Down).”

2. Cynthia Erivo gets her due

In last night’s number from the best musical-nominated Shuffle Along, Or, the Making of the Musical Sensation of 1921 and All That Followed, Audra McDonald, in the role of Lottie Gee, stole the show with a sensational tap dance number. While pregnant.

McDonald was overlooked for the best actress category this year for her stellar work in Shuffle Along, but she’s already a six-time winner—check out last night’s performance, below, to see why her mantle is already lined with Tonys.

The Tony Awards, and musical theater as a whole, might seem frivolous and exclusive to many. On a day like yesterday, a part of me certainly had reservations about watching an Awards ceremony that, due to the very nature of the art form it celebrates, is always to an extent about distraction and glamor. But musical theater is about more than razzle-dazzle. At its best—and last night we saw it as its unabashedly political, passionate best—it’s also a full-throated exploration of what it means to be human.

Today, Trump is capitalizing on our grief over Orlando to call for a ban on Syrians. But last night, a musical celebrating the achievements of immigrants was also heralded as “one of the greatest pieces of art ever made.” As far as acts of dissent go, theater might be small and still accessible to a lamentably small and exclusive audience, but if the Hamilton phenomenon has taught us anything, it’s that musicals can be powerful nonetheless.

(via LA Times and Vulture)