Tomb raiding is hard, y'all. 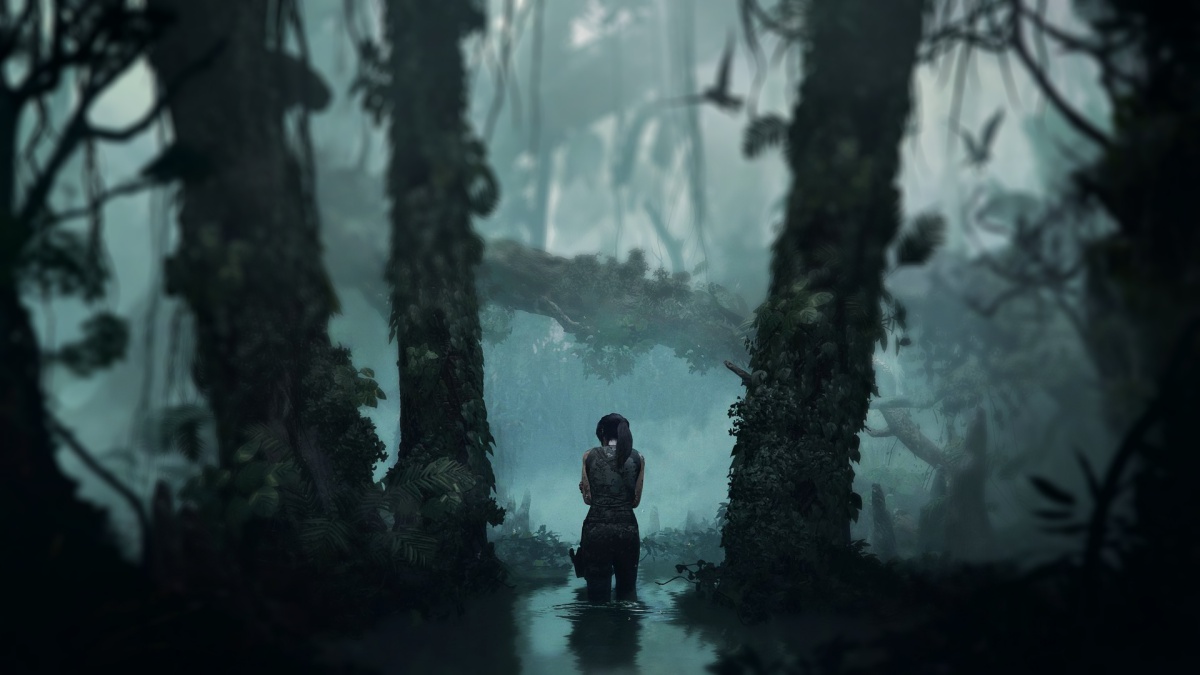 It’s been 84 years … since I’ve played a “real” video game, something more than just my turn-based Japanese RPGs, Pokémon, or fighting games, so I decided to end 2018 by getting back into games and playing Shadow of the Tomb Raider, the third game in the revamped Lara Croft/Tomb Raider series that started in 2013.

Here is what I’ve learned about myself as a gamer from the experience.

Puzzles are hard, and I hate them:

I know that Tomb Raider games are known for their puzzles, and overall, I love puzzles. One of my favorite things in Fire Emblem is figuring out how to use the map, arranging troops, and leveling up to be a powerhouse. However, there were times in Tomb Raider when I had my face to my television, whispering, “What the f*** am I missing?”

At first, it’s a fun feeling, making your brain really work for the solution, plus it feels really good when you figure it out yourself. Still, the feeling is equally as good when you find a walkthrough that helps you avoid being angry for an hour and a half—especially when part of the problem is the camera being a useless piece of shit.

Some people feel like walkthroughs are cheating. I feel like, as long as I’m liking and subscribing to the content, I’m participating in the supply and demand economy for people who do that for a living.

THEY WANT YOU TO READ/WATCH THE WALKTHROUGH!

Stealth kills are the only way to kill:

I’ve tried to engage in direct combat, but after getting slaughtered so many times, I realize that I just want to upgrade my bow so that I can just headshot everyone as quickly as possible. I want to attack from the shadows. I want to lay traps. I want to rope up my enemies from trees, even though it also makes me feel slightly triggered. It doesn’t help that, as mentioned before, the camera is a useless piece of shit. Also, the way you have to aim at something in order to attack/shoot is annoying, better to just murder from a distance like a lady.

Another thing that is ruined by that damn camera is swimming. I wish there were a meter to let you know when you’re close to running out of air, but I guess the developers feel that might not make it “real” enough.

The camera needs to stop being a piece of shit:

Yeah, I hate the way the camera is in this game. It’s always going somewhere crazy and doesn’t automatically readjust itself after you set it up to aim at something. It has led to me running off cliffs, and while I’m sure it’s also partially my own fault for being an inexperienced gamer, there is no reason for the camera to be so bad. Is this just me? Let me know below.

Learning and being able to perform new skills is probably my favorite part of this game. Getting to learn all the different languages? Being able to shoot targets with three arrows at once? *Chef’s kisses.* When I first learned “Viper’s Snare” (2 Skill Points—Craft Lure Traps on enemy corpses. Attract and kill nearby enemies with a shrapnel explosion when triggered.) I giggled so hard.

Part of what I love about RPGs and Pokémon is the fact that you’re able to grow and learn new skills to make you even more of a badass.

The skills in Shadow of the Tomb Raider, separated into Warrior, Survivor, and Seeker categories, not only improve the quality of gameplay, but also show you what a powerful character you wield in the form of Lady Lara Croft.

Lara is cool and introspective:

Lara Croft is a badass. I love getting to play her and be her in the games. She’s so smart and funny and has empathy in ways that I find truly compelling. Shadow of the Tomb Raider, as part of this series, really asks players to come to terms with Lara’s family legacy as a tomb raider, a “job” that has helped create her family’s wealth but has also plundered civilizations and started a chain of events that have unleashed horrors onto the world

As a woman of color playing the game, I’m aware of what it means to be playing an aristocratic British woman, dressing up in cultural garb to protect the world from destruction she has helped to unleash, but the creators are also aware of this. As pointed out by the writers and Polygon, the series drops you in with the first part of the game being Lara causing massive damage to the world.

We watch a child fall to their death while calling out for their mother, and the game sets it up so there is nothing you can do about it. Polygon puts it like this:

It goes considerably further with its antagonism of the central tenets of the Tomb Raider series. The ethical ickiness of tomb raiding isn’t danced around; it’s the entire dance. And though Lara Croft is still trying to save the world, her ego is unquestionably responsible for that which could bring its end.

Shadow of the Tomb Raider is an occasionally tone-deaf game, one that can’t escape the broader franchise’s urge to frame its heroine as the ultimate white savior, both pillager and protector of the vulnerable. It’s also arrestingly beautiful, accommodating and eager to please. It can’t change what Tomb Raider is, but it aspires to be better than what it was.

Thankfully Jonah, Lara’s partner in crime this game, does call her out on her ego at times, but we also get quiet moments of self-reflection. Lara knows things are her fault, but she has to keep going because there is nowhere else for her to go. Making Lara a true anti-hero, rather than just a lovable rogue, is one of the things that makes the dark tone of the game feel earned.

It is an admirable thing for the series to do, and while that may seem preachy to some, it certainly felt earned and welcoming for me.

Overall, this was a hard, but fun return to “gaming” for me.