Tom Waits Gets Nyan Cat’d, This Meme Has Nowhere to Go but Down 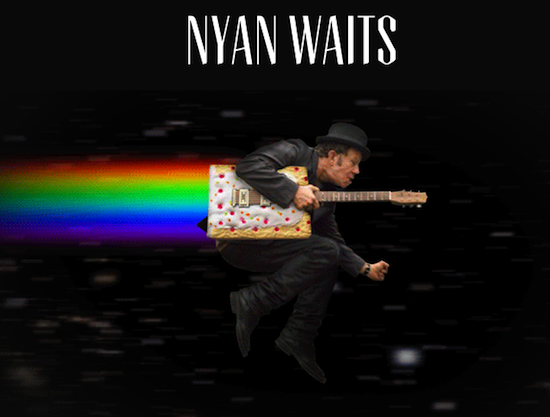 We’ve shown you dozens of Nyan Cats since the Pop-Tart feline screamed across our collective consciousness leaving a rainbow in its wake. Now, a genius by the name of Kevin Weir has made a Tom Waits version of the beloved rainbow cat, complete with Pop-Tart guitar. Ladies and gentlemen: I declare this meme over.

For those unfamiliar with the music of Tom Waits, you may remember him from such films as Down By Law, Francis Ford Coppola’s Bram Stoker’s Dracula, Wristcutters: A Love Story, and Mystery Men. A sample of his spoken word music from the concert film-nightmarish dreamscape Tom Waits: Big Time follows below, if you’re not in the mood to nyan.