Why Yes I Did Need Tom Holland Surprising Jimmy Kimmel’s Son for His Birthday to Lighten My Mood! Thanks for Asking

Also Tom Holland FaceTiming Robert Downey Jr. while in the bath? Hilarious information I did not know I needed. 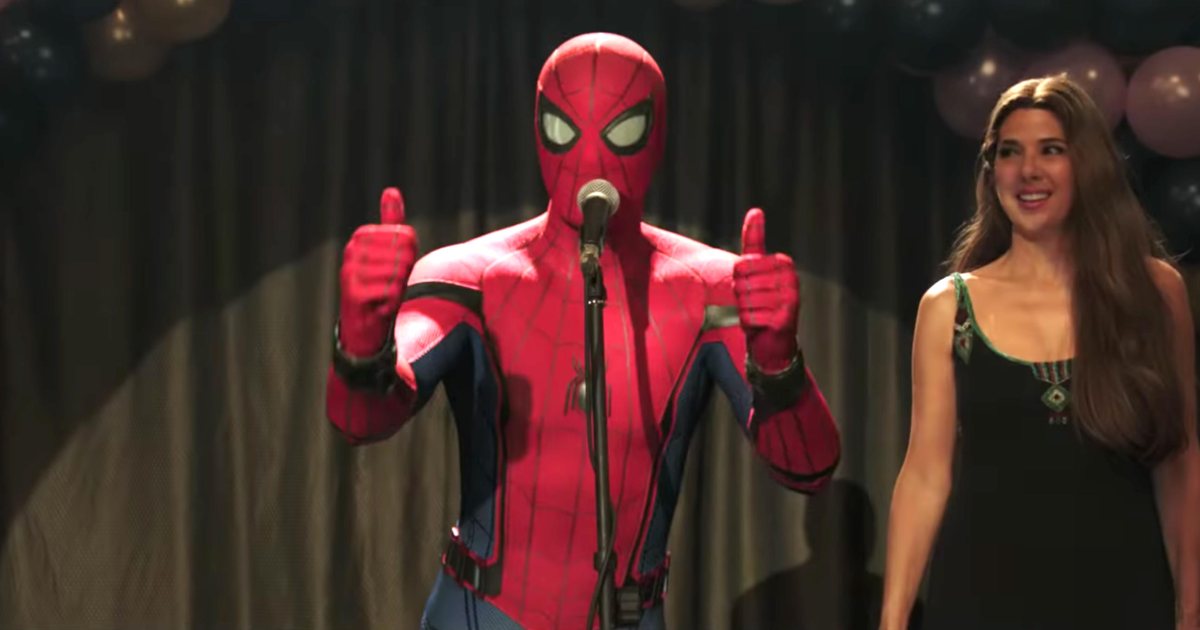 Sometimes, we need a bit of joy. I know that my own personal joy often comes in the form of Tom Holland doing adorable things and today, we have a brand-new example of this phenomenon. Heading to Jimmy Kimmel Live! for absolutely no reason (no one is really promoting anything, Kimmel just checks in on our favorite celebrities), Holland talked about creating large pub quizzes online for his charity, drinking too much (and then getting Aviation Gin from Ryan Reynolds), and FaceTiming Robert Downey Jr. while he was in the bath.

I’m not mad that this interview was barely promoting anything and more just a check-in from Kimmel and Holland to see how they’re both faring in these strange times. At least Tom Holland brought his own laugh track by having his roommates sit in the room and react to what he was saying.

Truly Jane Kimmel getting mad at her father for telling Tom Holland she thought he had a “cute face” is a mood. Jane, an icon. But the entire interview is a bit bittersweet because right now, this is our new normal. If anything, it was just a whole thing for Jimmy Kimmel to get Tom Holland on so they could chat.

Which is … pretty much what they did. Kimmel asked Holland what he’s been up to and if his quarantine is productive and Tom Holland talked about the movie he was writing with his brother Harry and how the two sent out their script. And … also how he’s just been drinking to keep himself entertained.

“I mean it’s been a little bit productive. I mean Harry and I have been working on the script that we’ve been writing together so we’ve done some really good work on that. We sent that out yesterday to the first bunch of producers which is actually more nerve-wracking than anything I’ve ever done in my career because I’m worried that they are actually going to find out that I’m really stupid and that I can’t spell anything. But we’ve been doing that, I’ve been playing a lot of PlayStation and watching a lot of films and catching up on film history and, like I said, drinking a lot.”

The cutest part is when Jimmy Kimmel asks if Tom Holland would surprise Billy Kimmel for his 3rd birthday. Instantly, Holland agreed and ran to dress up like Peter Parker. Or, well, Peter Parker in his homemade Spider-Man suit that Tom Holland clearly took from set. Billy survived open-heart surgeries as an infant—events that prompted his father to take an outspoken stance on the need for universal healthcare—so it’s doubly poignant to see him thriving now.

Singing “Happy Birthday” to Jimmy Kimmel’s son in his Queens accent, Holland reminded me that he’s maybe the first Peter Parker who is … well … quite a bit like Peter Parker in his real life. Easily excitable, happy to be there and help where he can, Tom Holland is a good egg (for lack of a better term). Holland did mention that he’s now unsure if Spider-Man 3 will indeed start shooting early this summer, but sadly this is par for the course in movie news these days.

Twitter shared their love for Holland and the interview, since it’s a nice light in all this darkness right now.

the most purest thing tom holland singing happy birthday in a peter parker accent and getting tuwaine, harry and harrison to sing with him pic.twitter.com/RmeLytxCTk

“I’ve played spider-man enough now, I can play him some more”

the love and admiration I have for this man doubles in size every day. Grateful he’s our spider-man. pic.twitter.com/Jcudngn54J

Tom Holland dressing up in a homemade Spider-Man costume to wish Jimmy Kimmel’s son a happy birthday broke me. https://t.co/4DqbUhpX0r

TOM HOLLAND IS OUR SPIDER-MAN pic.twitter.com/iBnvI16U6b

Tom Holland surprising Jimmy Kimmel’s son for his birthday, fully in character as Spider-Man, is many levels of cute pic.twitter.com/q8Q0vpn0Lc

I truly love Jane Kimmel getting mad at her dad, but also love that she clearly thought Tom Holland was cute and kept trying to talk to him. She gets it.