How Can Anyone Say No to Tom Holland and Puppies That Need Homes? 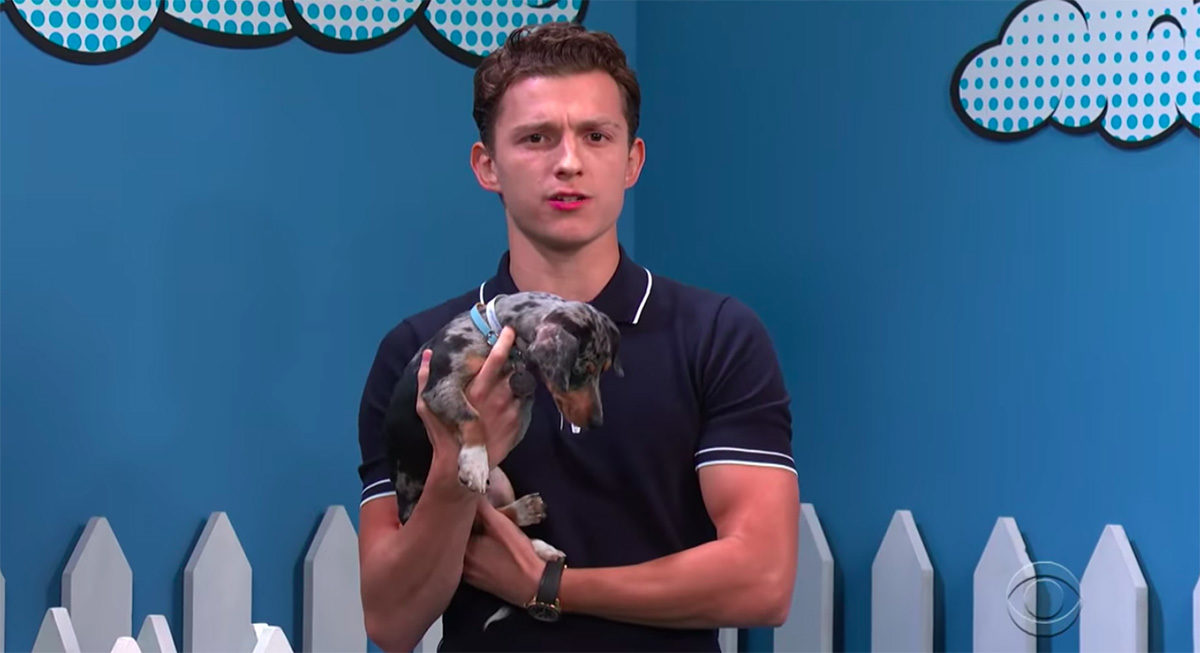 Slowly but surely, I’m realizing that I would probably die for Tom Holland. The star of Spider-Man: Far From Home saved a young fan, runs charities with his friends and brothers, and is now trying to get a bunch of dogs adopted with Stephen Colbert? Could we ask for a better Peter Parker?

In a move to promote the new Spider-Man film on The Late Show With Stephen Colbert, Holland joined Colbert in a segment where the goal is to make up lies about puppies to get them adopted, and honestly, it worked. I definitely looked up these dogs and tried to figure out where I could adopt one, even though I’m well aware of the fact that I cannot afford a dog.

The project works with North Shore Animal League America to help find homes for dogs that need to be adopted. I went to the site and cried over all the cute animals that I wanted to take home, but still, watching Colbert and Holland help get these puppies into loving homes is honestly what we need in this world.

But we already know how much Tom Holland loves dogs. Have you ever seen how much the Spider-Man actor talks about his pitbull, Tessa? Spoiler alert: It’s a lot.

So whether you want to adopt one of these puppies or just need a pick-me-up, watching Tom Holland call puppies “mate” and “girl” is truly the best way to liven up a Tuesday afternoon, but then again, this is a mean move. Having the adorable likes of Holland try to get us to adopt animals? Torture for those of us who still have to say no to a puppy and Peter Parker himself, no matter how much we’d like to say yes.

To be honest, this video has comforted me multiple times today. Anytime I’ve gotten too stressed out by the state of the world, I just went and watched it with pure joy in my heart.

Anyway, Tom Holland is too busy out here ghosting Robert Downey Jr., so can we really trust him?