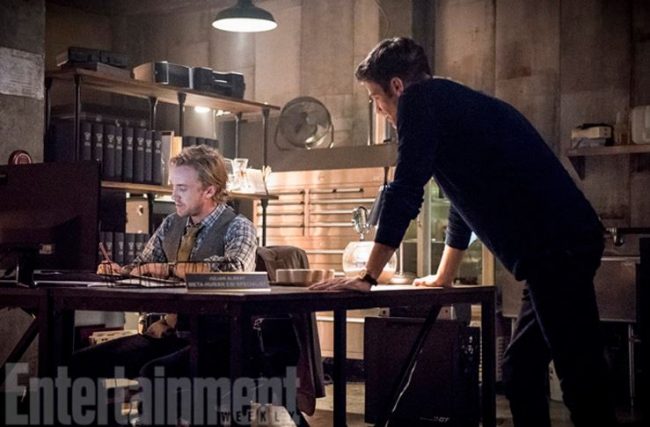 As a Harry Potter fan, I was pretty delighted when I heard that Tom Felton would be joining the cast of The Flash for its third season. Now, we have some additional details on his character and that excitement just upgraded to full on, fangirly bliss. For starters, he’s playing a CSI tech named Julian Dorn who doesn’t appear to have any powers. He’s basically Barry Allen before the particle accelerator explosion and he’s there because of what happened in last season’s finale.

“He’s a direct result of Flashpoint,” executive producer Todd Helbing told EW. While he won’t be appearing right away (don’t expect to see him in the season premiere), he’ll be around long enough to be something of a rival to Barry. “Barry’s had that lab to himself, but now he’s got to share it with this guy, who doesn’t really like him and is kind of prickly,” Helbing added. 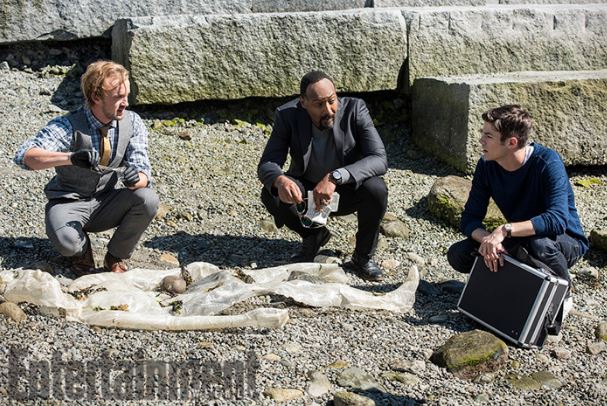 With Felton in the cast now, it will be impossible to resist the giant elephant in the room that is his wizarding past, especially since one can always rely on Cisco to drop a perfectly-timed pop culture reference to keep things light. The big question then is, will he do that with Felton? Executive producer Andrew Kreisberg says it’s possible.

“Cisco will continue to make pop culture references. We’re, generally speaking, not afraid to have a little bit of a meta-moment,” he said. And it looks like Felton is on board as well. He’s even up for making the reference himself. “I’m so excited for the references,” he chimed in. “I don’t doubt the talent and creativity of the writers. I’ve got a feeling they’ll come up with some real good ones. I hadn’t thought about me saying it—I assumed it would come at me from Cisco—but maybe I should give it to Cisco. Maybe he should misquote something and I could correct him.”

Or maybe we can just add Daniel Radcliffe, Rupert Grint and Emma Watson as random background characters and turn this into a truly meta moment. A gal can dream, right? The Flash returns to the CW on October 4.