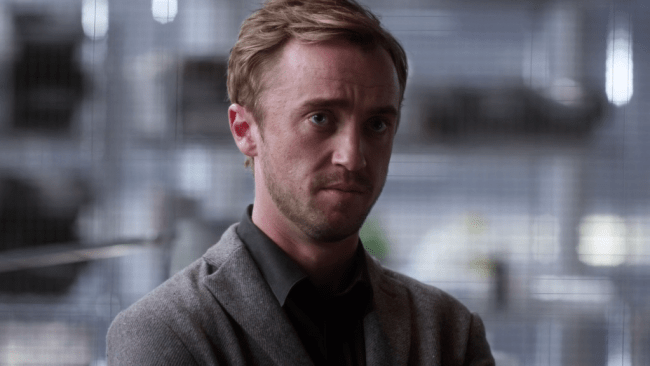 The last season finale of The Flash brought on some major, major changes for just about everybody on the show, not the least of whom being Tom Felton’s character, Julian. Caitlin, for whom he’d been harboring many feelings, opted to not take the “metahuman cure” that he had developed alongside her mother. (Aside: That was a good move by showrunners, in my opinion.)

But apparently we may never get to see how that decision plays out with regards to Julian, as according to Entertainment Weekly, Felton hasn’t yet signed on as a series regular for Season 4. As they point out, he’s not present in the trailer for the upcoming season that premiered at this year’s Comic-Con, where he was also just straight up not there. It’s kind of a bummer, because Season 3 ended on this note that everyone had to come together as Team Flash after Barry Allen left to go into the Speed Force as a means of penance for his Flashpoint/time travel antics. Julian is obviously a key member of that team, and it was a real treat to see him come around as a character over the entire season.

What’s more, while Felton isn’t returning as a series regular, he also hasn’t scheduled any additional appearances as a guest or anything. The fourth season’s premiere jumps ahead six months and will most likely explain away Julian’s absence as some kind of transfer or something. It’s a bummer and a kind of anticlimactic way of resolving his storyline, but honestly, what else are you gonna do?

On The Flash‘s sister CW/DC show Supergirl, Floriana Lima also stepped down from being a series regular, which potentially signals an end to one of that show’s more incredible relationships. But she’s still slated to return for “multiple episodes” anyhow, so maybe there’s a good story reason for her to not be around as much? Who knows.

As with anything having to do with comics, it’s important to keep in mind that there’s plenty of opportunities for departing characters to return. No one’s ever really truly gone gone, not for long, at least. Here’s hoping Felton’s schedule clears up (in the best way, not the “no more work for you” way) and he can at least come around to tie up some loose ends with Team Flash.