Dark J.R.R. Tolkien Poem About a Magical, Malevolent Woman to Be Republished

She "span dark spells with spider-craft, / and as she span she softly laughed." 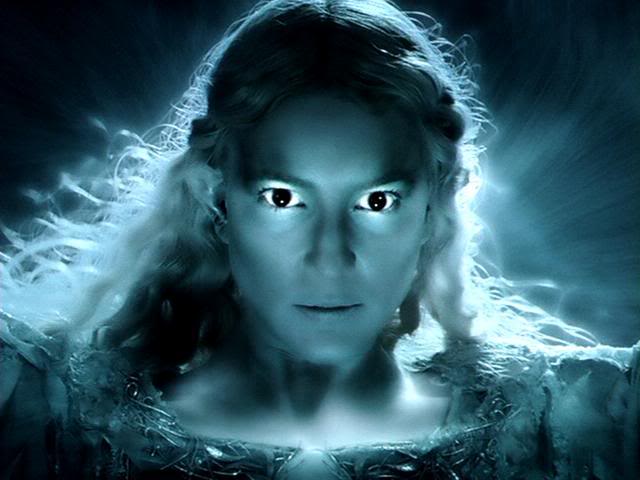 J.R.R. Tolkien’s poem “The Lay of Aotrou and Itroun” has been out of print since it was published in The Welsh Review 71 years ago, but HarperCollins is republishing the poem as part of an anthology November 3rd.

In “The Lay of Aotrou and Itroun,” a couple desperate for a child seek the help of a witch (as one does), “who span dark spells with spider-craft” to make Autrou’s wife pregnant with twins. Aotrou later encounters the witch—transformed from a hag to a beautiful young woman—while riding through the forest. The witch tells Aotrou he must marry her or die, and he refuses her advances, dying three days later. His wife dies soon after of a broken heart, and their kids get a pretty bum deal too: “And if their children lived yet long, / or played in garden hale and strong, / they saw it not, nor found it sweet / their heart’s desire at last to meet.”

The lengthy poem, written in the tradition of the medieval lay, will be republished alongside Tolkien’s other poems about “the Corrigan” (a term for fairies in Breton folklore). The epic, 200-page poem “The Fall of Arthur” will also be included in the collection.

HarperCollins says the Corrigan in “The Lay of Aotrou and Itroun” can even be seen as an early version of Galadriel from Tolkien’s Lord of the Rings:

“The sequence shows the Corrigan’s increasingly powerful presence, as she takes an ever more active role in the lives of Aotrou and Itroun … She would finally emerge, changed in motive and character but still recognisable, in The Lord of the Rings as the beautiful and terrible Lady of the Golden Wood, the Elven queen Galadriel.”

Tolkien scholar Verlyn Flieger is editing and prefacing the new edition, and told The Guardian readers can expect the poem to be “dark, powerful, compelling, a significant departure from the Tolkien we think we know.” Flieger promises “Aotrou and Itroun” will show Tolkien’s fascination with “the dark side of what he called Faerie, the perilous realm or Otherworld of enchantment,” as well as “his most developed example of a folklore archetype I will call The Dark Lady, the beautiful but malevolent fay or fairy who preys upon humans.”

HarperCollins’ new collection sounds awesome, and The Dark Lady seems like she’d be really fun to get a drink with. All shall love her and despair!