That Tokyo Revengers Anime Season Finale Has Got Me Messed Up—Even if I Read the Manga!

That cliffhanger personally attacked me 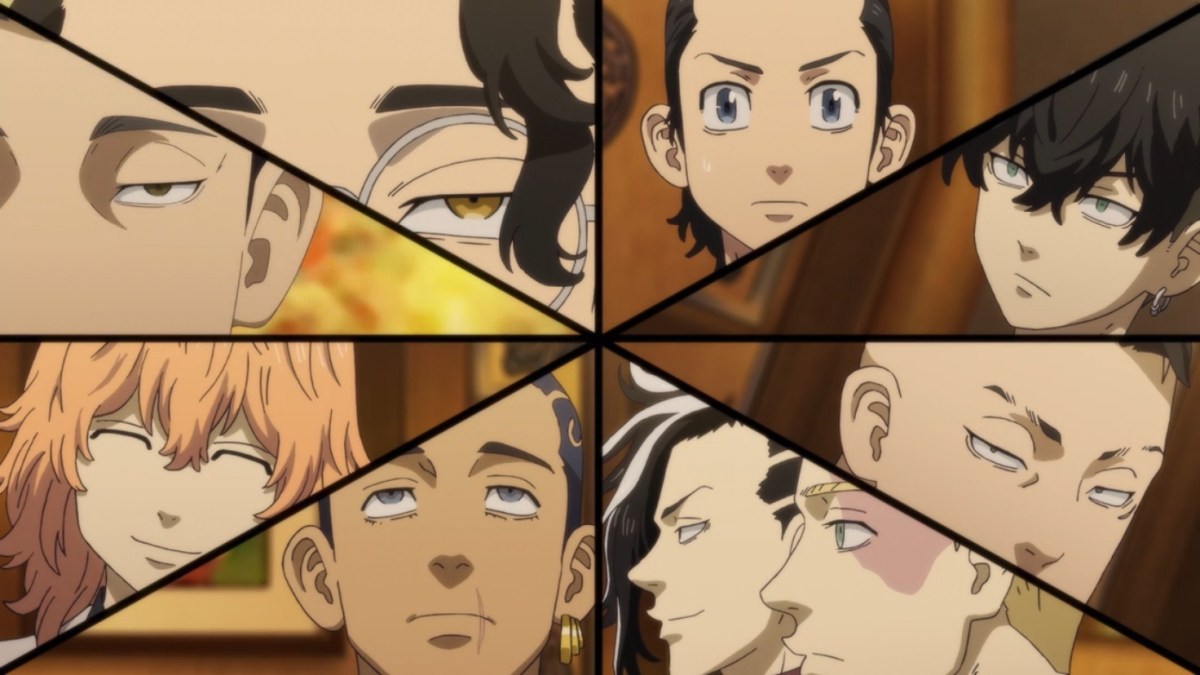 Spoilers for Tokyo Revengers season one

Tokyo Revengers, an anime/manga series I never expected to hit me as hard as it did, aired the final episode of its first season over the weekend.

And WOW, I did NOT expect it to end where it did.

And I read the manga!

Tokyo Revengers ensnared me pretty early in its season, so much so that I got impatient and went to read the manga so I could get more of the story. This means that I already knew what was going to happen in the first season of the anime, so the series has been a chance for me to see some crucial moments animated.

Have you ever cried over a moment you’d already cried about before? That is your destiny as a Tokyo Revengers fan who reads the manga AND watches the anime.

That being said, I thought I had it all figured out in regards to how the finale would go down. The battle against Valhalla had come to its tragic end, Baji still dying despite Takemichi’s efforts to prevent it from happening. Baji’s death (and everything that followed) was as heartbreaking as I knew it would be, now with tragic voice acting to add an extra stab to the heart.

I will never look at peyoung yakisoba the same way again.

Still, I knew all of this was going to happen and I knew what was coming next. What I didn’t know was where the anime would stop.

I had some theories, though.

My first theory was that it would end with Mikey forgiving Kazutora. Kazutora has been the source of a lot of pain for Mikey, but after Baji’s death, Kazutora decides that he needs to atone for what he’s done. He says that, but Draken figures out that he plans on killing himself while he’s in jail. Draken encourages him to stay alive and reveals that Mikey forgives him.

That’s a major moment in the series, and as far as watching the anime goes, it would be a fitting conclusion for the season. Had my theory been correct, the second season (assuming we get one) could pick up with Takemichi getting that handmade Toman jacket from Mitsuya, a sign of how much the founders have come to respect him.

Of course, that’s not what happened, as the anime kept going past the point of Mikey’s forgiveness, which led to my second theory: the season ending with Takemichi getting that jacket. It would be a sign of him moving toward his goal of becoming head of Toman in order to prevent Hina’s death. It would be a good show of the progress he’s made since the beginning of the anime. I even imagined the opening theme playing during that scene, the lyrics to Official HIGE DANdism’s “Cry Baby” playing as Takemichi took his place in the gang.

But nope, that’s not where it ended, either! Instead, we get to see that Hanma and Valhalla are now officially a part of Toman after their defeat. This is all orchestrated by Kisaki, leading to Takemichi panicking, because Kisaki needs to be as far away from Toman as possible (since he’s the cause of the gang’s downfall, leading to the future death of Hina).

There is a silver lining, though, as Takemichi is promoted to First Division Captain, Chifuyu himself recommending him to take Baji’s place.

So yes, YES, that HAS to be where it ends, right?

To my surprise, the anime takes us back to the future, where Takemichi is the most successful he’s ever been. If you’ve only seen the anime, this looks like a win, but as a manga reader? Oof, I KNEW how bad this was about to get.

That’s when I realized, wait, this is a bad future, and this is the last episode of the season, which means… we’re ending things HERE?!

I couldn’t believe the anime went this far into the manga with the final episode because I knew there wouldn’t be enough time to resolve things. Takemichi’s success is short-lived, the people he wants to protect are still dead, only now, he gets to watch Kisaki kill Chifuyu, adding a new name to the list of people Takemichi has to try and prevent from dying.

Oh, and Kisaki’s getting ready to kill Takemichi.

See, I kinda assumed the anime would give us a semi-hopeful end to the season, something like Takemichi strengthening his resolve after seeing such a terrible ending to Bloody Halloween.

Instead, we see Takemichi, held at gunpoint, by Kisaki.

As a writer I know that this is the most evil genius conclusion to give your series. Is Takemichi about to die? Is there no way to actual fix the future by going into the past? It makes people crave more of the story, which means there’s a pretty good reason to greenlight a second season, and hey, you probably just made manga reader out of anyone who can’t wait for the announcement of a season 2.

The way they ended the Tokyo Revengers anime was a smart business move tbh pic.twitter.com/VHeHd9kHQQ

As a fangirl I feel utterly betrayed by the anime. Like. Why’d you have to end it like that, sis?!

I can’t believe that I knew this was coming while also being surprised to see it coming. I guess all that’s left is to hope for a season 2… while still reading the manga.

Tokyo Revengers Season 1 has successfully ended with 24 episodes, reaching up to Chapter 73 of the manga. No announcement on Season 2 yet, but we can expect one soon in next months, or during the Tokyo Revengers special anime event on December 18. pic.twitter.com/D3VUrXr1oX