This game was made for me 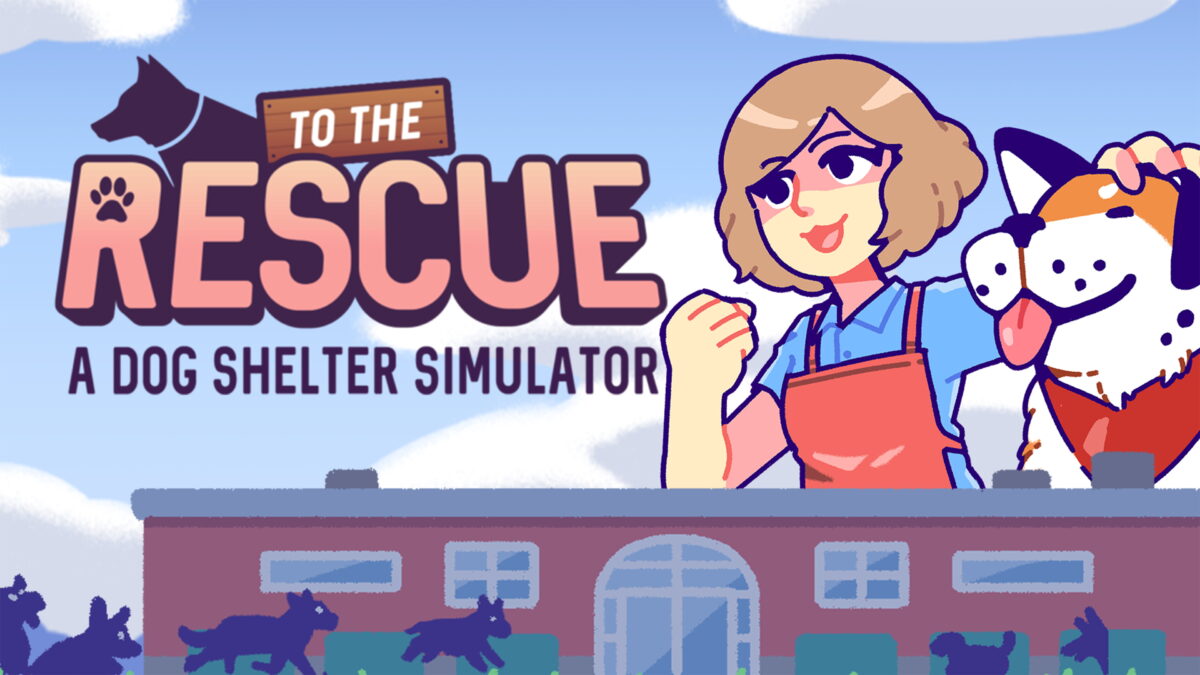 I’m not sure how indie developer Little Rock Games got ahold of my gaming dream journal, but they did, and now we have To the Rescue, a game where you get to maintain your own dog shelter and work to connect animals with their forever home.

It’s almost too adorable to be true.

To The Rescue is a charming dog shelter simulator where you are responsible for taking care of dozens of cute dogs in need of a home. It’s not all cuddles and snoot boops though: running a shelter can be a lot of work. You have to manage all of the dogs’ needs in order to maximize their chances of finding the right forever home.

Each day brings new challenges and rewards. Dogs have specific preferences, can get infectious diseases, and can have negative traits. But you can also have fundraisers, get random donations, and help someone find their new best friend. Unfortunately, there’s never enough room, and always more dogs.

Some dogs are more desirable than others, but maybe if you can afford to wait long enough, just maybe, every dog will have their day.

I recently got to watch a demo of the game and how in-depth it goes when it comes to caring for an animal shelter. Of course, there are plenty of heartwarming times to be had, but there’s also a big focus on how much work goes into maintaining both the shelter and the dogs that come in.

I was surprised to find out that the game doesn’t just take place at the shelter and it, instead, has you choosing an avatar for yourself, choosing a companion (yep, you get a doggo of your very own that you get to name), and moving to a brand new town that you’ll get the chance to become familiar with. 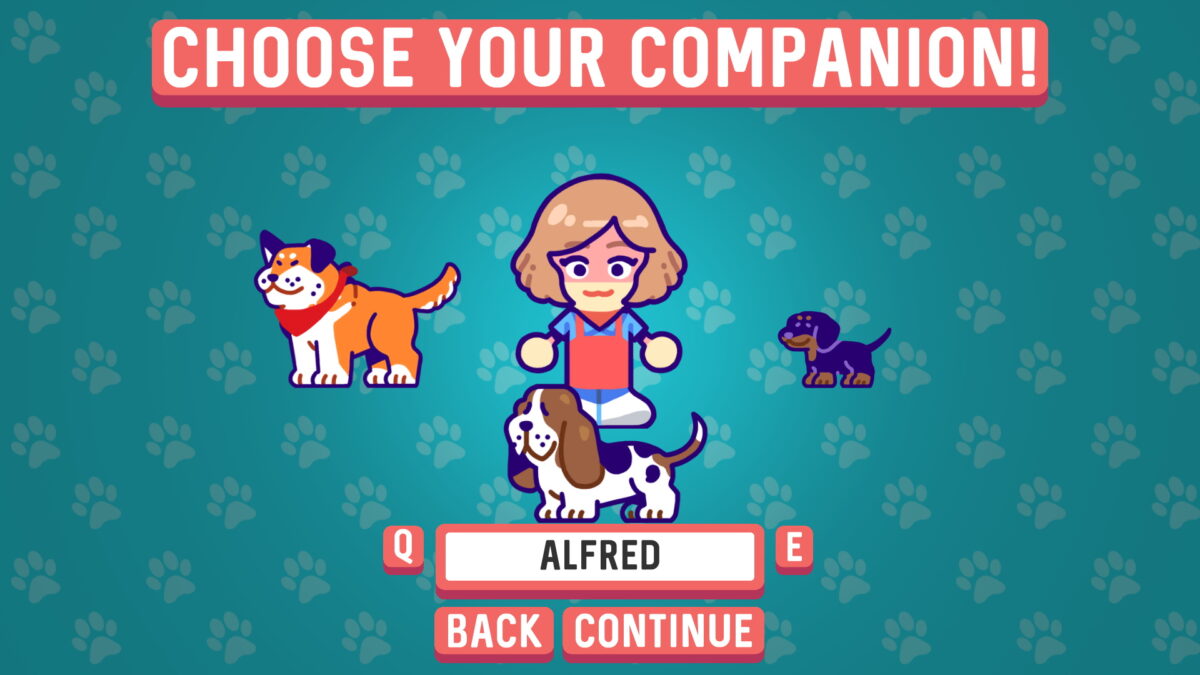 While settling into your new place you find a lost pup and attempt to bring it to a local shelter. Unfortunately, the shelter is full, but you get the chance to build your own kennel in your garage to take care of the pup. Shortly after, you start working at the shelter, and over time you’ll be able to run your very own shelter and work to get various dogs adopted by people in the community.

Each dog has its own characteristics and stats because, in real life, every dog is different. There are differences with breeds, with personalities, there are even differences in what each dog eats, and it’s your job to keep track of all of it. The way you spend time with dogs varies, too, from making sure they have water, to playing with them out back to make sure they stay active while waiting for their forever home. Ideally, you’ll get all of their stars up, so that they’re in tip-top shape when it’s adoption time. 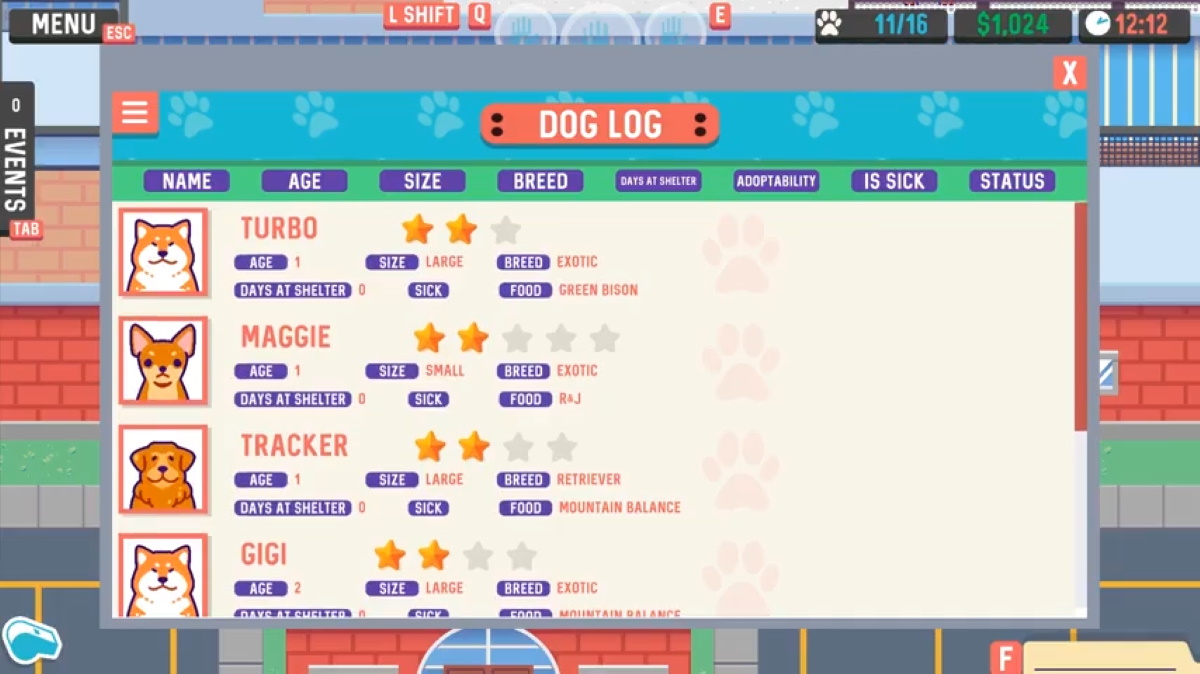 The way the dogs are treated, and the way the shelter is maintained, affects its reputation throughout town. The reputation of your shelter is important since that can affect how many people come in to look for a dog. Your reputation depends on how you’re treating the dogs, but you can also do things within the community to make your shelter look better (ie: charity events).

Just like a real shelter, you can be fined for neglecting your dogs or overcrowding your shelter, so you have to make sure things are kept in order as you play the game. Also, just like a real shelter, you need to keep track of how much money you’re spending in order to keep things going. How are you gonna spend the money you get after a dog gets adopted? Do you get more pet food? Build more kennels to take in more dogs? Create more space in your shelter? Adoption isn’t the only way you can make money in the game, either, as you can host fundraisers and even receive grants based on what you’ve done in the game.

But let’s get into the real crux of the game: adoption. At the end of the day, your goal is to make sure your dogs find a good human to call their own. The people coming in tend to have their ideal image of the perfect pup, but that doesn’t necessarily mean they won’t take a different dog home. If you’re like me, when you walked into your local humane society you ended up leaving with the pet you had the strongest bond with versus the pet you had in mind.

This can happen in To The Rescue, too. 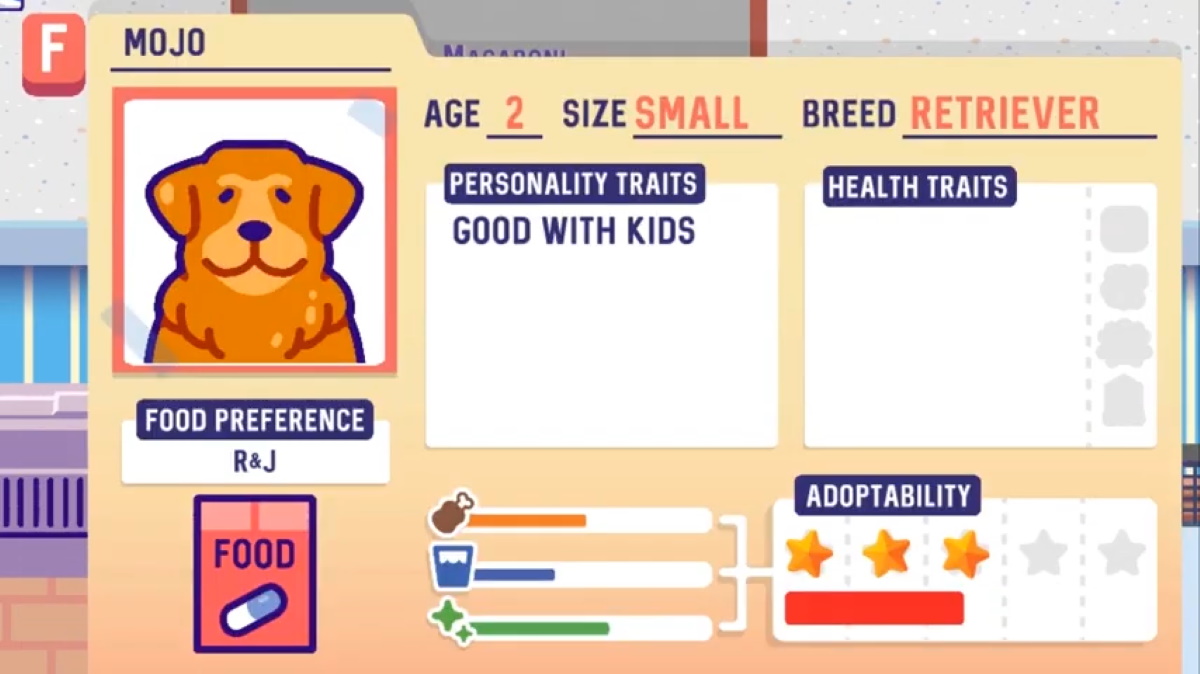 When someone comes in looking for a dog, you get to decide which ones to bring into the show area. Typically, you try and pick ones that are close to what someone is asking for to increase the possibility of a dog being adopted. Each customer has a meter you have to fill, and the more satisfied they are with their choices, the higher the meter goes. During the game demo, I watched someone come in who wanted a large, intelligent dog, but the combined stats of the dogs that were shown boosted their meter so much that it didn’t matter that none of the dogs was a 100% perfect match. In the end, they took how a completely different dog than what they planned on getting because they were so happy with what was offered.

To The Rescue will be available this fall on Steam and Nintendo Switch. 20% of the profit from game sales will go toward the Petfinder Foundation. 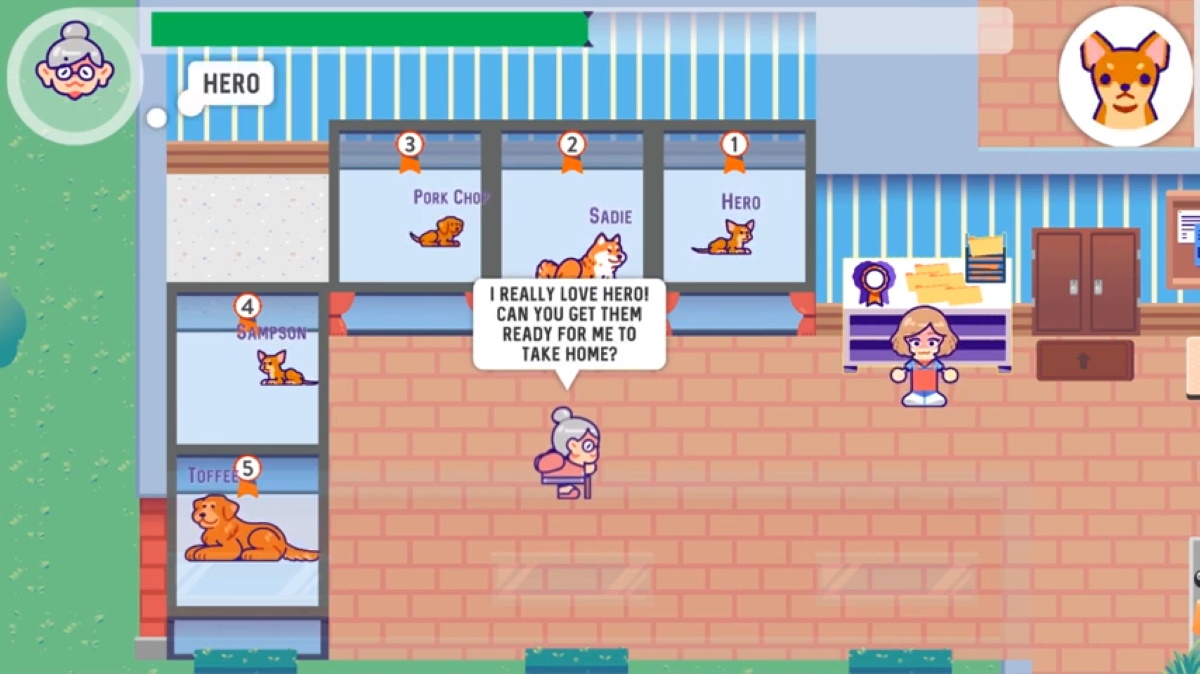