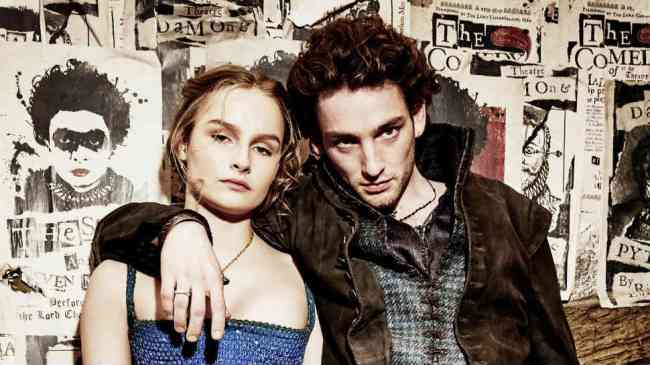 The sexy Shakespeare show is even more absurd than you could’ve imagined. We shared the trailer for TNT’s new show Will not too long ago, and were pretty thrilled at the trashiness and brazen retelling of the Bard’s origin story. Now, after watching the first three episodes, I’m here to tell you it’s even more outrageous than the trailer appeared.

The show really wants to emphasize that theaters were the punk rock of their day, with all the theater go-ers looking like they walked out of a punk show and constantly rioting. Will gets major points for having tons of casual diversity, especially when this tends to be an issue in period pieces. While most of the main speaking roles are white, I was really pleasantly surprised by how much diversity I saw in crowd scenes and in the theater troupe.

It feels a little silly to watch all these groundlings with tattoos, multicolored hair, and fierce make-up getting violently worked up about English theater, but it’s not completely wrong historically. The theater was seen as a degenerate place that was dangerous to morality, and it seems we often need to be reminded of this fact. Watching Will at the same time the Public was dealing with backlash regarding their production of Julius Caesar creates a particularly strange kind of resonance. Seeing actors yell at Shakespeare about how he can’t just make up words feels like a nerdy comedy sketch.

The film sets up a villain by establishing Shakespeare as a devout Catholic (a fact that’s been suggested by scholars but never fully confirmed nor denied). The religious turmoil of the time meant that Catholics were prosecuted, and Ewen Bremner plays hunter Richard Topcliffe who is the biggest, un-nuanced baddie ever, down to the silly bad-guy mustache. The torture scenes are extra gratuitous, just in case you didn’t know he’s the bad guy. Will is also cousins with and regularly interacts with Robert Southwell the Catholic priest who served as a clandestine missionary. 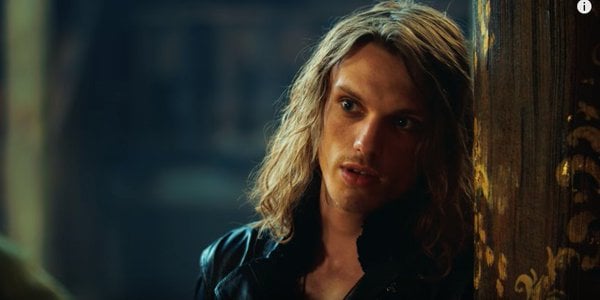 Christopher Marlowe also appears as a kind of villainous figure, but it’s clear later on that he’s more of a libertine—a devilishly gay figure with butterfly tattoos, open shirts, and long flowing hair. I think his style is best described as Harry Styles. I want a show just about him. It’s also weirdly hilarious to me that the actor Jamie Campbell Bower played the young Gellert Grindelwald in Harry Potter (though only in a small portrait) and he’s exactly the kind of indulgent Bosie-esque figure that I wanted for the franchise (though the hypersexual, queer villain archetype is not without its problems).

And I promise that this isn’t a problematic assertion that any kind of gay expression is automatically more gratuitous or explicit than straight romance. Marlowe’s house has the stylish sensibility of a vampire den and is on more than one occasion littered with naked bodies.

The musical cues are also deliciously anachronistic. When Shakespeare first leaves his town “London Calling” plays. Later on, the theater group sings Lou Reed and in another scene, Iggy Pop blares. (Some of these song choices and Bremner make me think someone on this team is a big fan of Trainspotting.) Their costumes make little attempt to look historical, with plenty of actors looking like they’re sporting what are essentially skinny jeans and leather jackets (many of them bedazzled). Don’t think too much, just go with it.

Now, this show is completely ridiculous and embraces that. But is it a good watch? It’s fun, but I found myself pretty uninvested in the romantic plot between Will and Alice Burbage and a subplot about a young boy and his sister who’s stuck in a brothel (huge, huge trigger warning for self-harm in the first episode), which felt unnecessary and disjointed. The deeper and more emotional parts of the narrative don’t stick to me as much as they should and it’s hard to watch hour-long episodes just for amusing faux-historic elements. Also, I would’ve liked to see a bi Shakespeare and so far there’s no hint of that.

Based on the first three episodes, I’d recommend that Shakespeare lovers who don’t take themselves seriously at least give it a try and have some laughs in the process. And if you’re going to watch, I advise you to do so in a group and have a drinking game. Take a show anytime one of these things happen:

TNT’s Will is set to premiere July 10th.

(image: TNT)
Want more stories like this? Become a subscriber and support the site!