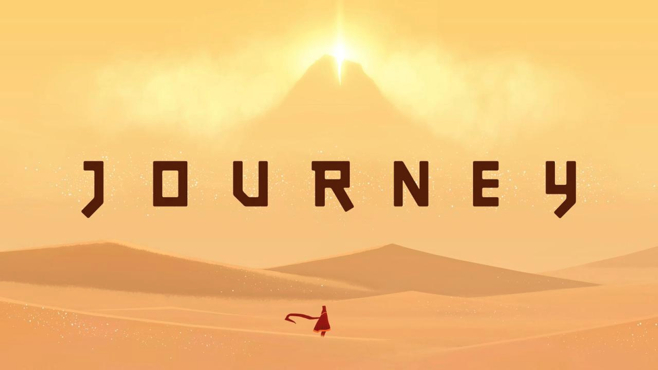 Video Games are wonderful, but they can also be very, very long. Many of us simply don’t have the time to play massive games like Skyrim or Minecraft for hundreds of hours, no matter how badly we want to.

That’s why every week, here on our new series Weekend Getaway, we’re going to recommend a great game that you can finish in less than 10 hours, free of spoilers, and discuss it in the comments below. This week’s game is the emotional indie phenomenon Journey.

Available on: PS3 (soon to be ported to PS4)

Imagine waking up in a desert. As you rise from the ground, you see that sand stretches far to the horizon all around you. Instinctively, you start to move forward, stumbling to the top of a hill. As you crest the sandy dune, the music swells and you see your first glimpse of the greater world. In the distance you spy a foreboding mountain; your destination. These are the opening moments of Journey, and what follows is one of the most emotionally impactful experiences that you can have with a controller in your hand.

Released in 2012 on the Playstation 3 as a follow-up to ThatGameCompany’s previous works Flow and Flower, Journey is 1.5 hours of pure joy. You play as an indistinct cloaked figure with a long flowing scarf who looks not unlike a slender, magical Jawa. The game world is desolately beautiful, full of ancient ruins and mysterious structures that hint at a grander narrative.

And don’t get me started on the music! Good lord almighty, the Grammy-nominated accompaniment by 29-year-old composer Austin Wintory brings a tear to my eye whenever I hear it.

As meticulously designed as the presentation is, the gameplay is very minimalistic. The controls are simple and feel natural, so that there is no barrier of entry for less experienced players. There’s no score being tallied or leaderboards to keep track of, and there is no on-screen indication of your health, save for the length of your scarf. No matter how long you’ve been playing games, you can hop, slide, and fly through this beautifully-crafted world, solving simple puzzles and platforming challenges – but you won’t be doing it alone.

A few minutes into the game you are joined by another player, a randomly assigned person from anywhere in the world. Aside from your characters emitting a kind of bell chime, there is no way of communicating with your new partner – in fact, you don’t even know their name. Race, gender, religion – none of it matters; you are just two people with a common goal.

I don’t think that I’m surprising anyone when I say that the internet is full of jerks. 70% of the people I’ve played games online with have detracted from the experience (and I’m a dude!), some actually making me lose interest in the game altogether. Journey strips all of that away. The limited communication breeds a connection more meaningful than would ever have been possible otherwise.

Kellee Santiago and Jenova Chen met at USC in 2006 and soon created ThatGameCompany. Uninterested in making games the way that everyone else did, they set out to create interactive experiences driven by emotion and human connection. Chen, having grown up in Shanghai, especially wanted to create a game that removed the language barrier in connecting with other people. Journey is the realization of that goal, and it shook the industry to its core, winning dozens of awards despite its short length and small team, and is now remembered as one of the best games of the last generation.

If you have a spare afternoon and enjoy feeling things, then you owe it to yourself to play this game. And just in case my words did not convince you, here’s a beautiful trailer.