Titans Returns With a Bang in Three-Episode Season Premiere Drop 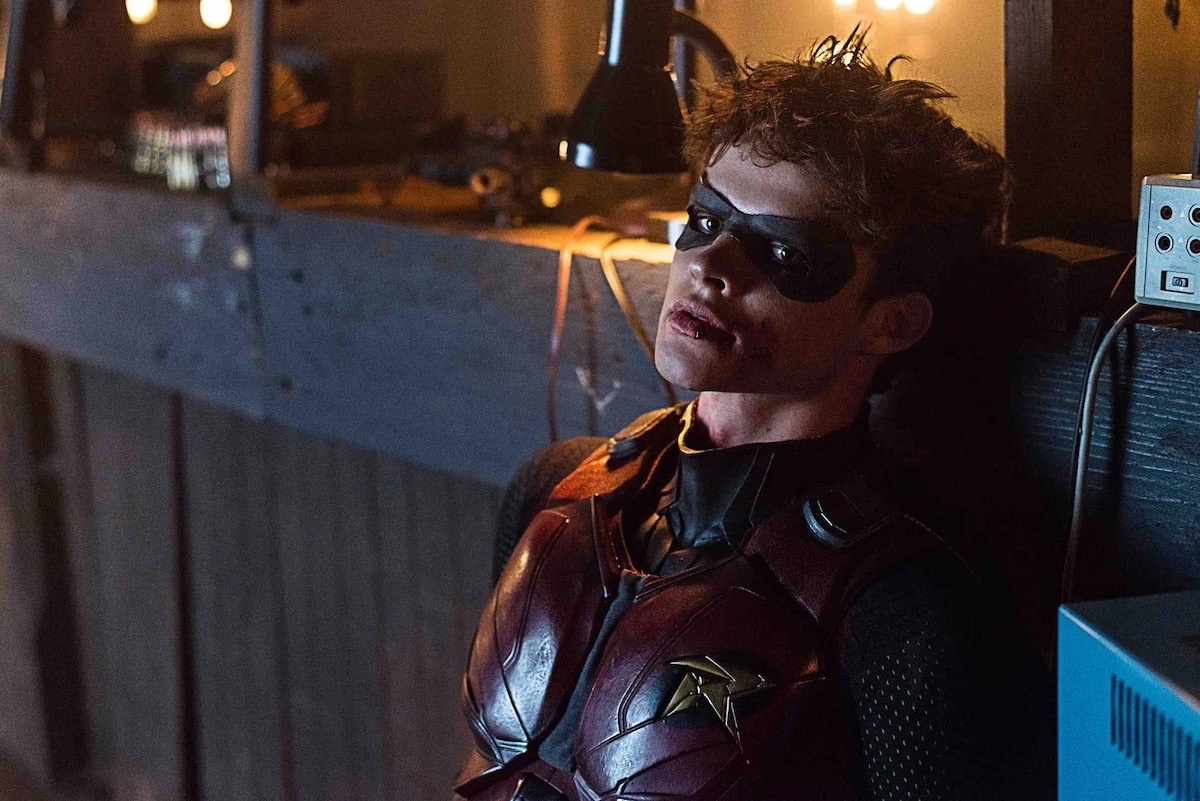 Titans, my beautiful messy show, has returned. It arrived on its new home, HBO Max, with a three-episode drop that set us up with the stakes of what is due to be a bloody third season.

Spoilers for Season Three of Titans

My expectations for the third season of Titans were fairly low because while I have to finally admit I love the show, it has left a lot to be desired at times. But after being underwhelmed by some of the MCU television episodes, I have slowly come to admire the fact that at least Titans never bored me.

Within the beginning of the first episode, we see the Titans working together as a team to take down Gizmo and his henchmen. Nightwing looks good. Kory looks good. Gar/Beast Boy still can only turn into a tiger, but we love the effort. Conner is an excellent Superboy-Himbo. Plus, Krypto is still there and part of the team. It is pretty much all I’ve ever wanted from this show. My Titans.

Dick/Nightwing is charismatic and a good leader, preferring to stay in the shadows than deal with the press, which Kory has a handle on. They seem to be moving away from the Dick/Kory relationship, and honestly, they work better as friends. Kory has always been too good for him, even with her worst wig.

Gar is feeling jealous of Superboy because, well, it’s Superman’s “son” and that makes him an MVP by default. Plus, he is missing Rachel/Raven who is in Themyscira trying to bring Donna back to life.

But what really sets the season in motion is when Jason Todd/Robin finds the Joker and decides to go after him without backup from Batman. This leads to Jason getting crowbarred to death. Robin returns to Gotham to be reunited when his father-figure and the former Batgirl-turned-Gotham Commissioner, Barbara Gordon.

Barbara is sad about Jason but has no spoons for Bruce Wayne and his agenda of dragging kids into vigilante justice without any emotional support. She cut into Bruce deep and honestly, it was great, hope someone turns it into a rap remix. Dick thinks it is too harsh until he realizes that Bruce is actively searching for a new Robin so soon after burying Jason.

Iain Glen had not impressed me as Bruce Wayne, especially since his accent has been so bad, however, he is still a good actor and brings a lot of emotion to the scene where he tells Dick he can’t do it on his own. Eventually, in a turn that only Titans would do, Batman kills the Joker and drops the crowbar at Dick’s feet telling his son to be a better Batman.

Enter the Red Hood who is killing drug dealers, and setting up Riddler-like clues for Robin to solve. Who could it be?

I’m glad they don’t drag it out because, at this point, we all know that. Red Hood is the Winter Soldier of DC.

Titans showrunner Greg Walker talked about Jason’s turn to villainy following the events of season two, where he almost died because of Slade, and then was pushed out of the Titans for being a messy Robin.

“In many ways, Jason Todd’s always a tragic character, and struggling not to be one. He’s basically a foster kid, and a kid of the streets, who wants to find someone who believes in him and is struggling to find acceptance throughout his whole life.

He reminds me of a lot of people I know [who] were sort of kind of struggling with that same challenge. And he thought he’d found it with Bruce, and then he thought he found it with the Titans. And the struggle for acceptance, and his inability to find it in a way that’s meaningful. And some bad breaks, honestly, that he got, result in him having to kind of find acceptance in the hands of someone who has a different… who doesn’t have good intentions for him. So it felt like the right time to kind of segue that with the villain that we were using this season.”

As someone who loves Jason Todd, thus far I am finding this storyline to be lacking for a number of reasons. The biggest one being that it really doesn’t set up any of the reasons why Jason is the way he is. We know a lot of his backstory from just dialogue, but he’s mostly just presented as a sad dickhead. Which is canon, but still, he’s a sad dickhead with a backstory!

His transformation into Red Hood in this incarnation just comes across as him being a drug kingpin, rather than a vengeful broken Robin taking on the mantle of his father-figure in his own way. I mean he killed one of his own former teammates.

R.I.P Hawk. Your storylines with Dove were boring, but you were very hot, and thanks for showing off your butt before dying. Nightwing, take notes.

I’m counting down the days until Thursday. Especially next week’s episode titled “Blackfire.” Kory-centric episodes are the best.