Could Tiny Cubesats Mean Free Internet for the Whole World? One Company Thinks So 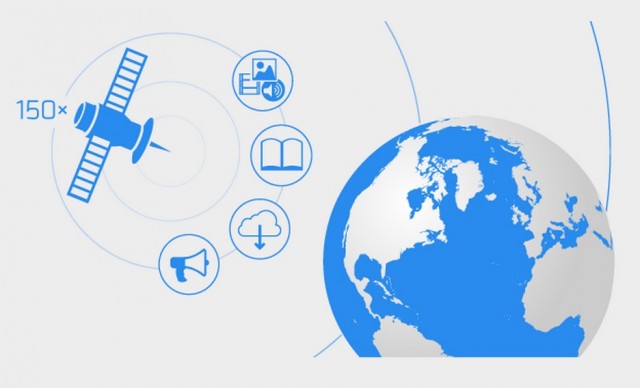 Free Internet? Sounds great, right? That’s the goal of Media Investment Solutions and their “Outernet” project. They want to launch hundreds of small “cubesat” satellites that would provide free Internet worldwide. It’s a significant undertaking, but it’s entirely possible, according to the company.

Obviously, free Internet would be great just for the sake of not having to pay for the Internet, but true global access to the Internet could be a real force for change. There are places with no Internet access or access that is restricted or censored by governments. The system could also be used for emergency announcements, or probably the kind of bad-guy’s-face-on-every-screen-in-the-world we see in movies.

The Outernet system would work by connecting all of the cubesats to ground stations that would relay information in a loop. At first, the Outernet will simply be a way for people to have access to information, but eventually, Media Investment Solutions wants to upgrade it to allow for free two-way Internet access for everyone on the planet.

There are significant costs involved in launching hundreds of satellites into space, even tiny ones, so Media Investment Solutions has a lot of fundraising to do. If you want to contribute or learn more about the Outernet project, head to Outernet.is.

(Outernet.is via Nerdist, image via Outernet)