What year is it again? 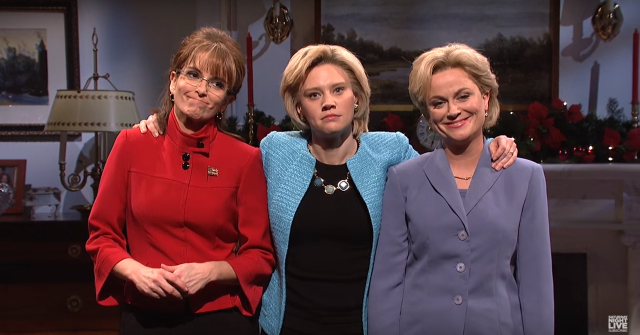 Tina Fey and Amy Poehler returned to Saturday Night Live last night, proving that sometimes the best way to invigorate a show is to take a trip back through space and time to play some of the old sketches that really, really worked. Between Fey and Poehler stepping behind the desk at Weekend Update and Bruce Springsteen serving as musical guest, part of me wasn’t completely sure what year we were even in.

It definitely makes me miss the SNL cast of seasons past–not that I have anything against the current players, of course. For me, Kate McKinnon and Cecily Strong are exceptionally great, and I’d be remiss if I didn’t mention other strong cast members like Aidy Bryant and Taran Killam. But SNL is particularly great when it acknowledges what it’s done well in the past and gives us just enough of a reminder without it feeling like an overdone or tired bit. (For example, I will never say no to a reappearance of Darrell Hammond doing any one of the impressions he’s so darn good at.)

One of the best sketches of the night involved a 2015-version of Hillary Clinton (played by McKinnon) being visited on Christmas by the ghost of her past self (a 2008-era Hillary resurrected by Poehler) and a surprise entrance by Sarah Palin (there is nothing like Tina Fey’s Palin in this life and there never will be again).

It’s hilarious to watch the two Hillarys interacting with one another–McKinnon and Poehler’s impressions are just unique enough to make you appreciate the subtle differences between them as well as what they both have in common. Check out the skit in the video below: