And let her be her own person, not just a wife. 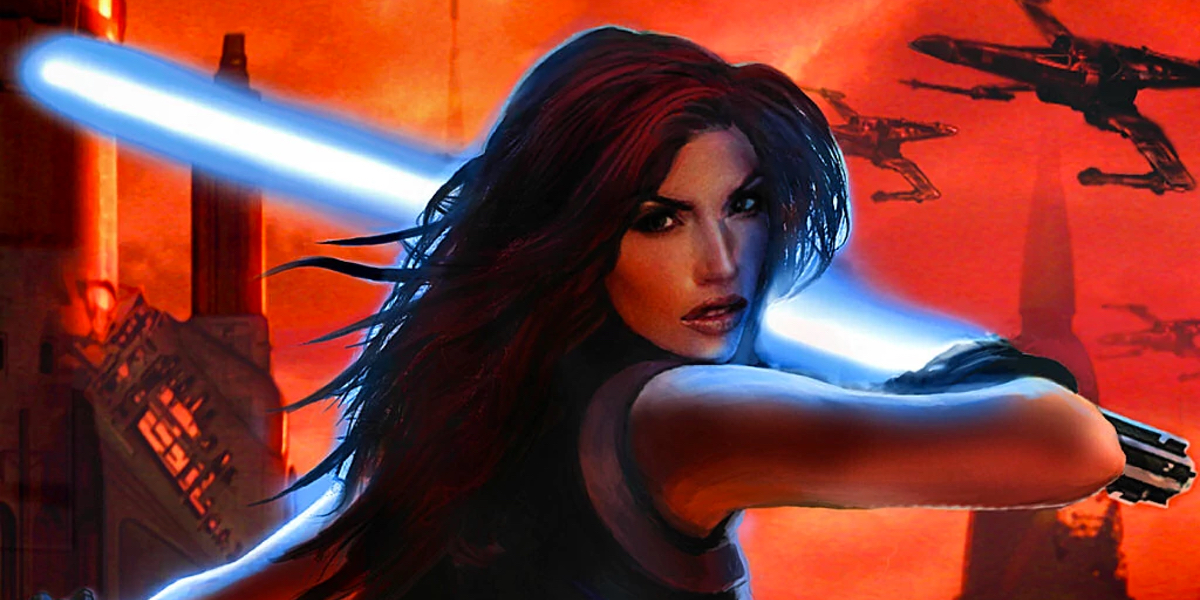 The old Star Wars Legends canon had a myriad of fantastic (see: the Thrawn trilogy) and not-so-fantastic (see: Han Solo fighting an otter) things, but one element fans have longed to see re-introduced into the new canon properly is Mara Jade, the former Hand of the Emperor turned into a heroine and Luke’s wife. Recently, Mara’s creator, Timothy Zahn, stated that he was waiting for the right time to pitch Mara’s reentry into canon, and everyone promptly went wild.

Zahn has done a stellar job of reintroducing characters to the canon, namely Grand Admiral Thrawn, the ultimate bad guy. Thrawn made his triumphant return in Star Wars Rebels, and Zahn has now written two books centered on the villain and his rise to power within the Empire. With Thrawn: Alliances out now, Zahn has given interviews and expressed his wish to have Mara return, which, in turn, has led to people getting a bit heated at the very thought.

The first reactions I saw to the news basically amounted to “Zahn, we cut you some slack, but knock it off,” proving that fan entitlement is still alive and well in all parts of the fandom. In all fairness, some of the ire can be understood as a lack of a desire to see Luke having a wife retconned into existence when she’s not mentioned at all in The Last Jedi. Still, the personal comments aimed at Zahn? Not cool. We’ve spoken about this, guys.

Apparently, there’s no room for her in the new canon. There was room for Thrawn, but another woman? When we already have one high-ranking Imperial lady who defects in the newly minted canon? That’s too much! (Cue my eyes rolling so hard you can see it from Tatooine.)

Zahn doesn’t even say that he’s definitively going to pitch her return. He says he wants to wait until it’s organic. This isn’t the statement of a man who just wants his Mary Sues to be real characters; it’s the wisdom of a man who understands how best to reincorporate Legends canon into current canon. As we well know, headlines can be misleading, and naturally, the Star Wars fandom decided to make sure their feelings were known.

Mara would be an excellent addition to canon, full stop, but that doesn’t mean that she has to be Luke’s wife. I’d prefer it if she were not, in fact. Luke having a family is something that doesn’t need to be in the canon, as director Rian Johnson decided not to include that in The Last Jedi. Now Mara can actually stand on her own as an individual and shake off the mantle of just being a wife and mother and eventual woman in a refrigerator.

Her story is fascinating enough on its own to handle the removal of her being Luke’s wife. As a Force sensitive servant of the Emperor, she overcame her dark past to be a hero. Who doesn’t love a good arc like that? We’ve talked about how fun redemption arcs are, and this would definitely be one of the ones that’s not only well-handled but well-deserved. Besides, new canon is full of awesome Imperial defectors—Bodhi Rook, Finn, Sabine Wren, Alexsandr Kallus, Sinjir Rath Velus—who could all benefit from having another member in their “The Empire Sucks” support group.

She could even provide room for more material surrounding Inferno Squad commander and Battlefront II star Iden Versio, as the two have similar stories. The two women could easily become friends in a post-Imperial world where they have chosen to make amends and seek redemption, which would give us more female-led stories in a universe that’s mostly about male-male and male-female relationships. There’s room for plenty of women in the Star Wars universe, and we shouldn’t pit them against each other for any reason.

Rumors have swirled around Episode IX since news of a casting call for a “Mara” dropped, Mara will be in the final film of the trilogy, and Zhan is just unaware of that fact. Perhaps she’ll be the mystery character played by Keri Russell. Her re-introduction could be fascinating in the right hands, and there’s a rich amount of lore for Lucasfilm to draw on for her potential role.

In short, don’t write Mara off just yet, or think that Zahn is trying to retcon the new canon. There’s plenty of room for more women, and Mara does not have to be Luke’s wife to matter. Let us have more women, for the love of the Force, and also, let a woman write this character at some point in her new canon career. Let us have that one thing.