Let’s Talk About the Destructive Toxicity of Star Wars Fans 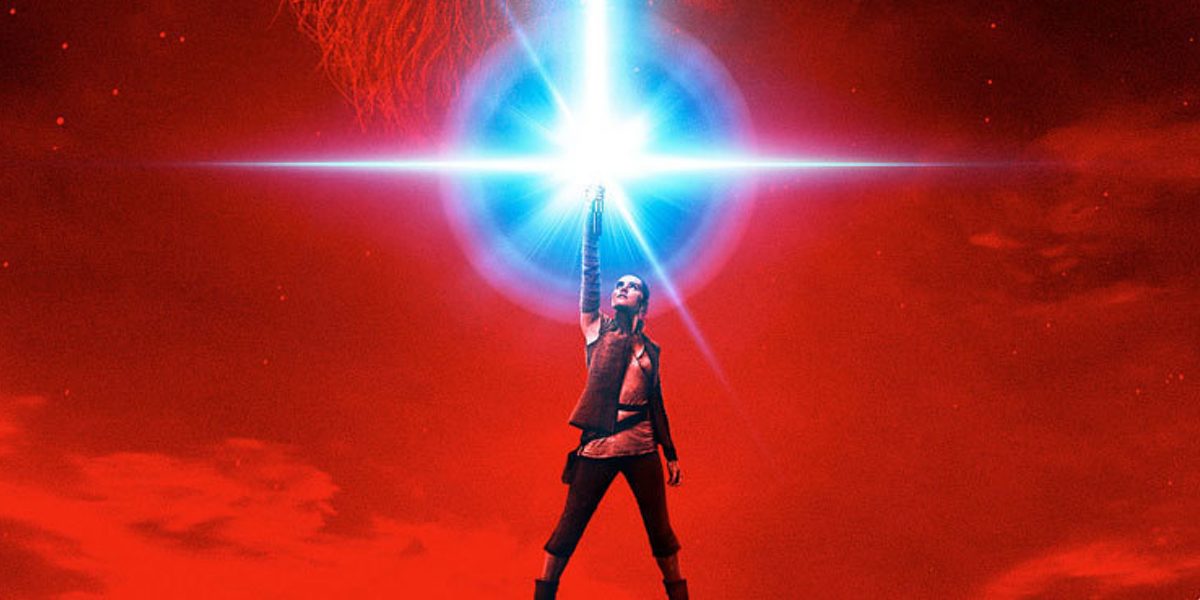 Did George Lucas know, all those years ago, exactly what he had wrought with the release of 1977’s Star Wars?

I’m not talking about the franchise potential, the cultural mythos, or even the money and toys. At this point in time, Star Wars is posed to leave a far worse legacy behind: the legacy of a badly behaved fandom that relentlessly spews hate, both at the creative teams and at each other. It didn’t start with Disney’s purchase of Lucasfilm, but maybe it’s time to end it with Episode IX.

One of the latest installments of vitriol drew some serious media attention, bringing the fandom’s toxic nature to the forefront of discussion about the franchise. Actress Kelly Marie Tran, who made her debut in The Last Jedi, quietly deleted all her Instagram posts following a wave of racist and sexist hatred aimed at her by trolls who disliked her character.

This marks the second time one of the sequel trilogy’s stars has deleted their social media: Daisy Ridley also deleted her Instagram after a wide variety of trolls, ranging from those who disagreed with her political posts to those who resented her posting pictures of co-star and close friend John Boyega, attacked her for months following the release of The Force Awakens.

Boyega has dealt with his fair share of disgusting hatred from the fandom, including a call for fans to boycott The Force Awakens after his character Finn debuted in the first trailer, and has received minimal support from the fandom despite being the male lead of the new trilogy. Most recently, actor Ahmed Best, known best for his role as Jar Jar Binks in The Phantom Menace as well as the other prequel films, talked about how the vicious hate he received following the film’s release nearly led to him ending his own life.

Even the creative team gets flak. Rian Johnson, writer-director of The Last Jedi, tackles trolls on a regular basis (though, admittedly, he seems to lump legitimate complaints in with the trolls quite often). Chuck Wendig, author of the Star Wars: Aftermath trilogy, has been a target for trolls ever since he introduced the new canon’s first LGBT protagonist in 2015. And of course, fandom ire often finds targets in fellow fans, ranging from the well-deserved backlash against overall troll-ish podcast Rebel Force Radio to vitriol being aimed at others for ships, favorite characters, and whether or not they liked the prequels. 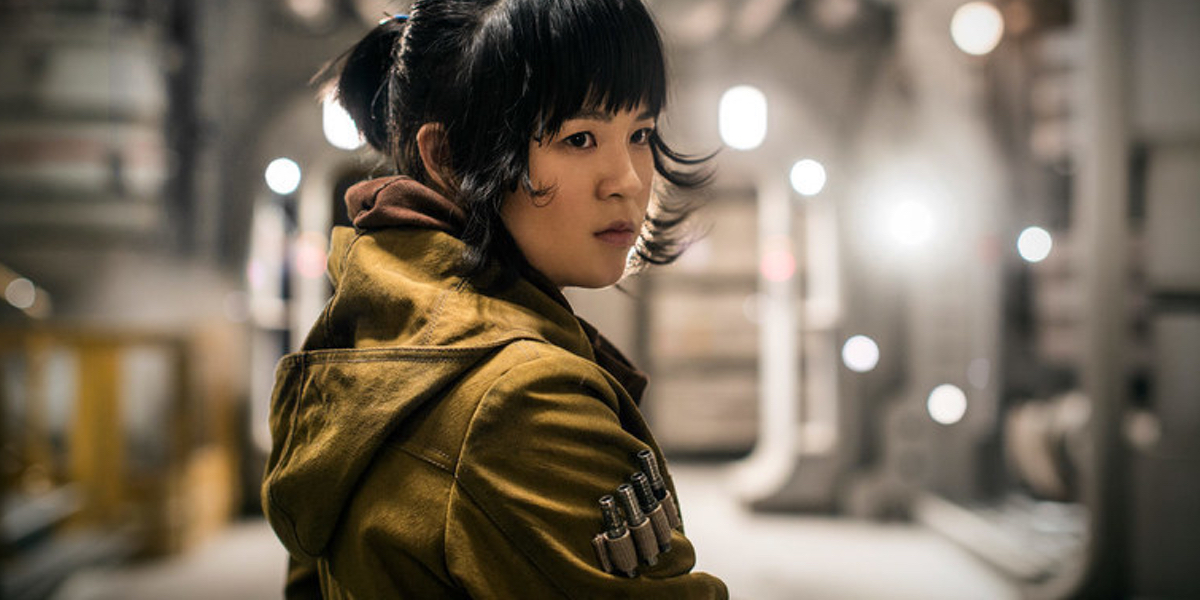 The core tenants of Star Wars are that love, friendship, and family can overcome insurmountable evil. So why does the fandom act more like Grand Moff Tarkin than they do Luke Skywalker?

There is no easy answer to this question, though part of me longs to say that the hatred resides in entitled cishet, white, able-bodied fanboys. After all, once Star Wars started putting women and people of color in the lead roles, suddenly a lot of people started to get angry about how Disney and the new canon was ruining Star Wars and the legacy characters, despite the old Expanded Universe being a bit of a disaster. Sure, it gave us Thrawn and Mara Jade, but it also gave us Han Solo engaging in a fist fight with an otter. Yes. That happened. 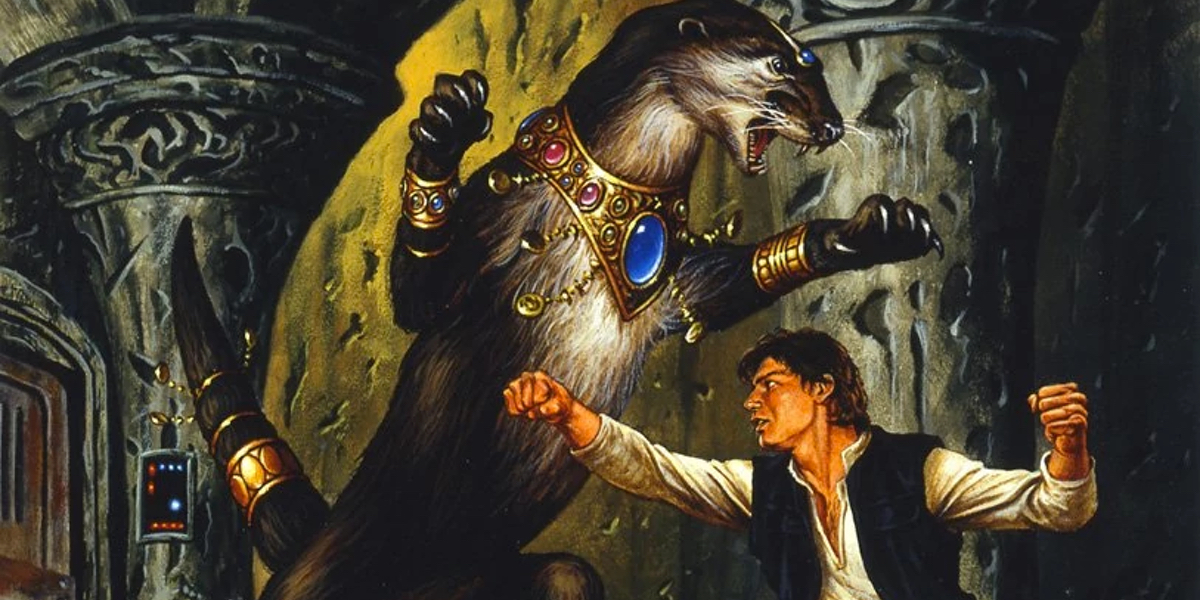 Suddenly, the appearance of any character who doesn’t look like them is a threat to their idea of what Star Wars is, which is a white male space power fantasy; why else would so many of them love Leia’s Huttslayer getup? And of course, they’re the ones who wanted Luke Skywalker to be the hero of a trilogy in which he’s the Obi-Wan, taking the hero roles from a woman and a black man. It is impossible to separate a great deal of the hatred aimed at new canon from vile, conservative rhetoric, because that’s what most of it is based upon.

This is not to say there are not legitimate reasons to have issues with the new films and fandom. There are parts of the fandom, especially those centered on ships, that make me grind my teeth and furiously mute words on Twitter. And therein lies a particular problem: the fandom is polarized into factions, and each views the other side as “evil.” This is not to say that there aren’t behaviors in fandom that aren’t gross—looking at you, people who erase Finn’s importance both to the narrative and to Rey—but we don’t need to view someone as the enemy because they really couldn’t get into the prequels or because they think Rebels is superior to Clone Wars.

There is one theory I personally have as to why the fans of a galaxy far, far away are so particularly angry. Star Wars is the closest thing we as a culture have to modern mythology. Luke Skywalker is a folk hero to many of us, and a character who belongs as much to the public as he does to the powers that be.

We all take different meanings from the films and characters, which should lead to a fandom rich with diverse opinions, where those who take a message of hatred away from the films are a minority voice, and the majority of fans are able to share their personal experiences in peace. But instead, we are all too protective of that personal canon we have and therefore find our hackles raised whenever that is challenged, either by other fans or by the actual canon.

What are your thoughts, Mary Suevians? Why do you think so many fans are turning towards the Dark Side of the Fandom Force?