Tim Burton May Have Confirmed Beetlejuice 2 | The Mary Sue

Oh, pray to the cult movie gods that this be true! After years of rumors and speculation and hints, it seems that there’s some actual movement in bringing a sequel to Beetlejuice to the big screen! Director Tim Burton may have confirmed that Beetlejuice 2 is in the works!

According to ShowbizSpy.com, they got a statement from Burton about a sequel to the beloved Michael Keaton/Winona Ryder cult classic. Burton says:

The film is a go and has been approved by the Warner Bros. team, we have talked with the cast members we wanted for the film and they are all on board, this includes both Winona and Michael. We have the script in hand everything is in place all we need to do now is get ready to start filming.

While this still hasn’t been formally announced by Warner Bros. through any official channels, it’s encouraging to know that the director himself is talking about having all the pieces in place! It’d certainly be interesting to see what Lydia Deetz has been up to since high school and how her relationship with Beetlejuice and the other ghosts may have influenced how her life turned out.

Now, if only they would get crackin’ on more of the Beetlejuice animated series! Because that show was everything. 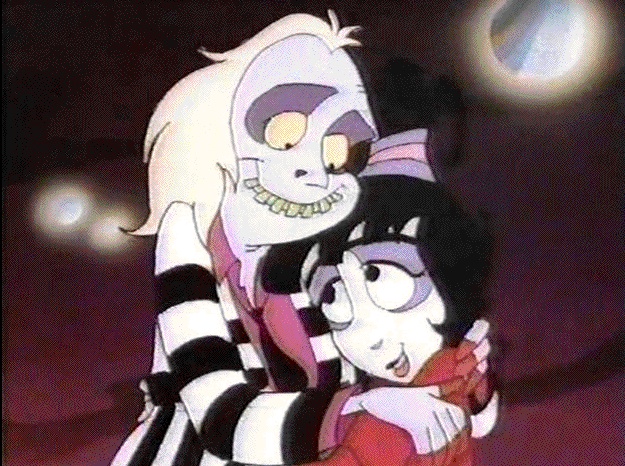 Are you excited for a Beetlejuice 2? Tell us what you hope to see in the sequel below!