Imagine explaining this headline to someone from 2010. 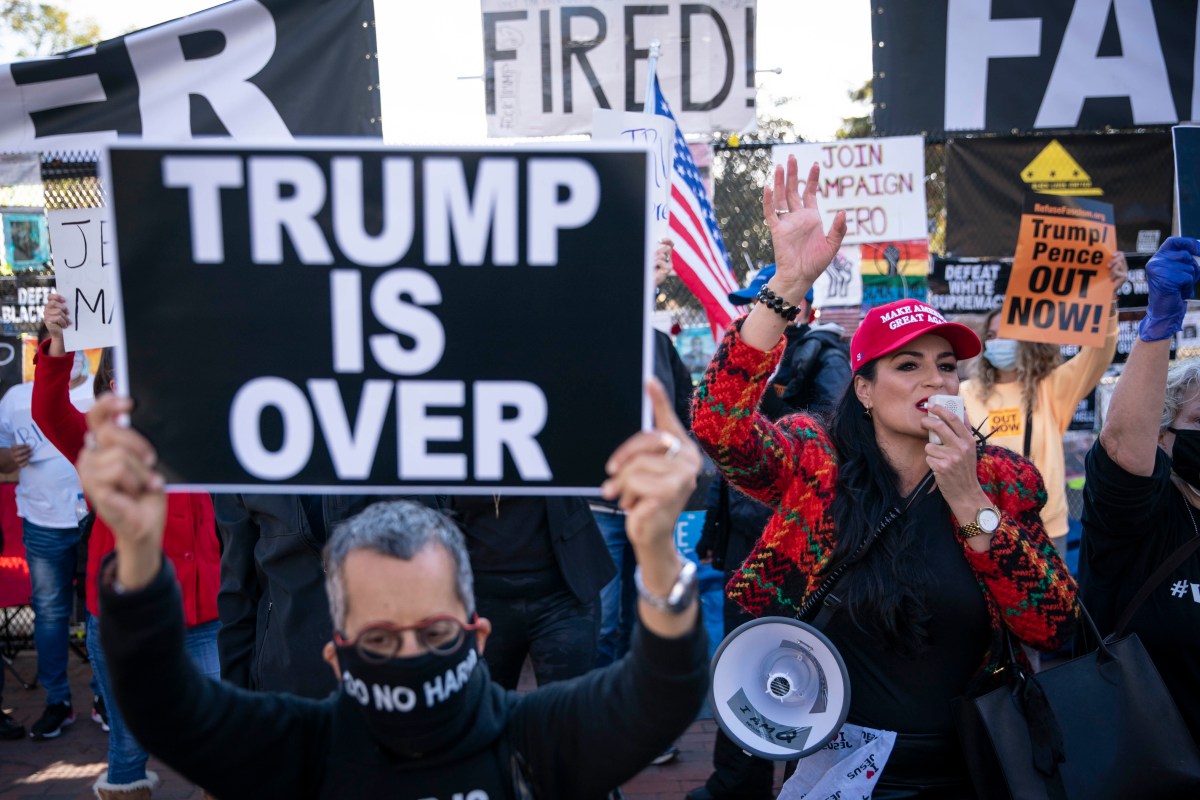 Generation Z may not have invented the art of trolling, but they’ve damn near perfected it. As Trump and his sycophants continue to deny the reality of his election loss, his cult planned to flood Washington, DC for a Million MAGA March. Sidebar, you should not be able to use the phrase “million BLANK march” if don’t have a million people. Just saying. But their plans were thwarted thanks to the unbeatable forces of TikTok teens and K-Pop stans, who flooded the #MillionMAGAMarch hashtag with pancakes.

someone pls help me get in touch with the kpop stans pic.twitter.com/v480H2zbG5

Anti-Trumpers quickly hopped on the meme, and soon the hashtag was dominated by all things pancake:

So the K-pop stans on TikTok are taking over the hashtag for Trump's #MillionMAGAMarch by trolling it, posting pictures of pancakes.

When people check out the hashtag tomorrow looking for fellow MAGA morons, they will only see pancakes. Here is my contribution: pic.twitter.com/WEiVmLqFUO

As Biden’s lead continues to grow, there’s a #MillionMoronMarch in DC filled with Trumpettes protesting the cornerstone of our democracy. #MillionMAGAMarch, #ProudBoys, #SorryToBurstYourBubbleBut, beat this biatches!!

The pancake takeover (pancakeover?) isn’t the first time that Trumpers got trolled by the youth. In June, TikTokers and K-Pop fans reserved over a million tickets for a Trump rally in Tulsa, which tricked Brad Pascale and the organizers into building out a massive overflow tent and extra stage. Ultimately, barely 6,000 people showed up to the rally, in a massive blow to Trump’s ego.

It’s no surprise that Generation Z is this politically active. They’ve spent the last 4 years watching Trump torpedo efforts to combat climate change and ignore gun control measures that would help prevent school shootings. His hideous behavior and cruelty has energized an entire generation dedicated to stopping his message of hate.

The MAGA march ended up being a sad affair, with only a few thousand attendees. Even though Trump is still president for another 10 weeks, his loss has disempowered the proud boys and neo-nazis who worship him. And has his legal losses grow, Trump’s efforts to stage a coup grow more and more pathetic. Trump and his motorcade drove by the sparsely attended march, before heading to his golf course.

There’s nothing more delicious than Trump’s loss and humiliation. Except maybe a fresh batch of silver dollar pancakes.