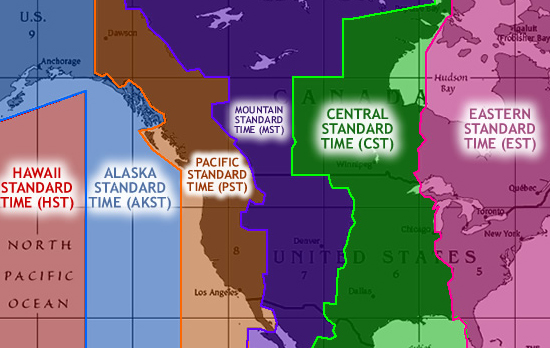 Time zones don’t bother us too terribly much in our everyday lives — in fact, they make a lot of sense — except when people fly across the planet and appear to arrive before they left. Or when folks in California complain about their New York friends spoiling the ending of the latest The Walking Dead episode because they saw it three hours earlier. But did you know time zones have been around in the U.S. for less than a hundred years? That’s right. On this day in 1918, Congress gave us our time zones and established the much-vaunted, yet often-ranted-about daylight saving time.

Whatever did we do before then? It’s actually has a long and tangled history, but it took real shape after the International Meridian Conference in 1884, when it was decided that an imaginary line passing through the United Kingdom — the Greenwich Meridian — would become the prime meridian and that Greenwich Mean Time (GMT) would be the world’s time standard.

Why? Because we’re talking about Great Britain and they were still the coolest kids on the world block, and because the English had more ships already using this standard than anyone else. Now, had this conference been held in the 1900s, I’m guessing Uncle Sam would’ve been more outspoken on the subject of universal time. 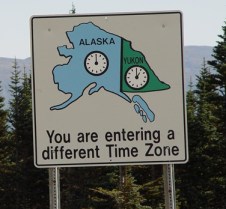 Moose aside, does anyone actually set their watches to Yukon Time?

From GMT, the time zones were spawned. As we have 24-hour days and 360 degrees of longitude around the Earth, it made good sense that the world’s time zones would be, on average, 15 degrees wide. Initially, the time zones were of particular import for railroads, since that was the mass transit of the day, and people are always particular about arrival and departure times.

The U.S. wasn’t the first to do this. Remember, in the 19th century, we were still an adolescent country stumbling around awkwardly, screwing things up, like the Civil War, while getting others just right, like abolishing slavery. In those days, various states started to experiment with these newfangled time zones and most cities quickly embraced the idea. Some waffled back and forth, unable to decide on which time to hang their coats on — I’m looking at you, Detroit. Congress eventually cleaned up the mess with the 1918 Standard Time Act on this day 95 years ago.

As a result, the U.S. is a well-ordered machine, where the trains run on time and everyone knows what time it is in relation to everyone else, and shows like The Walking Dead get to say things like “9/8 Central,” because it’s not like we care about Mountain or Pacific Time. Let them figure it out. 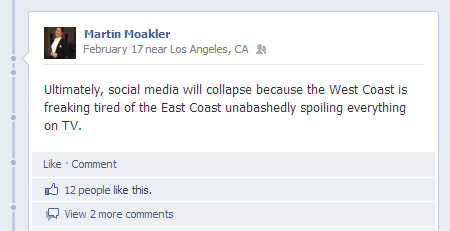 Those fussy Californians. They're adorable.