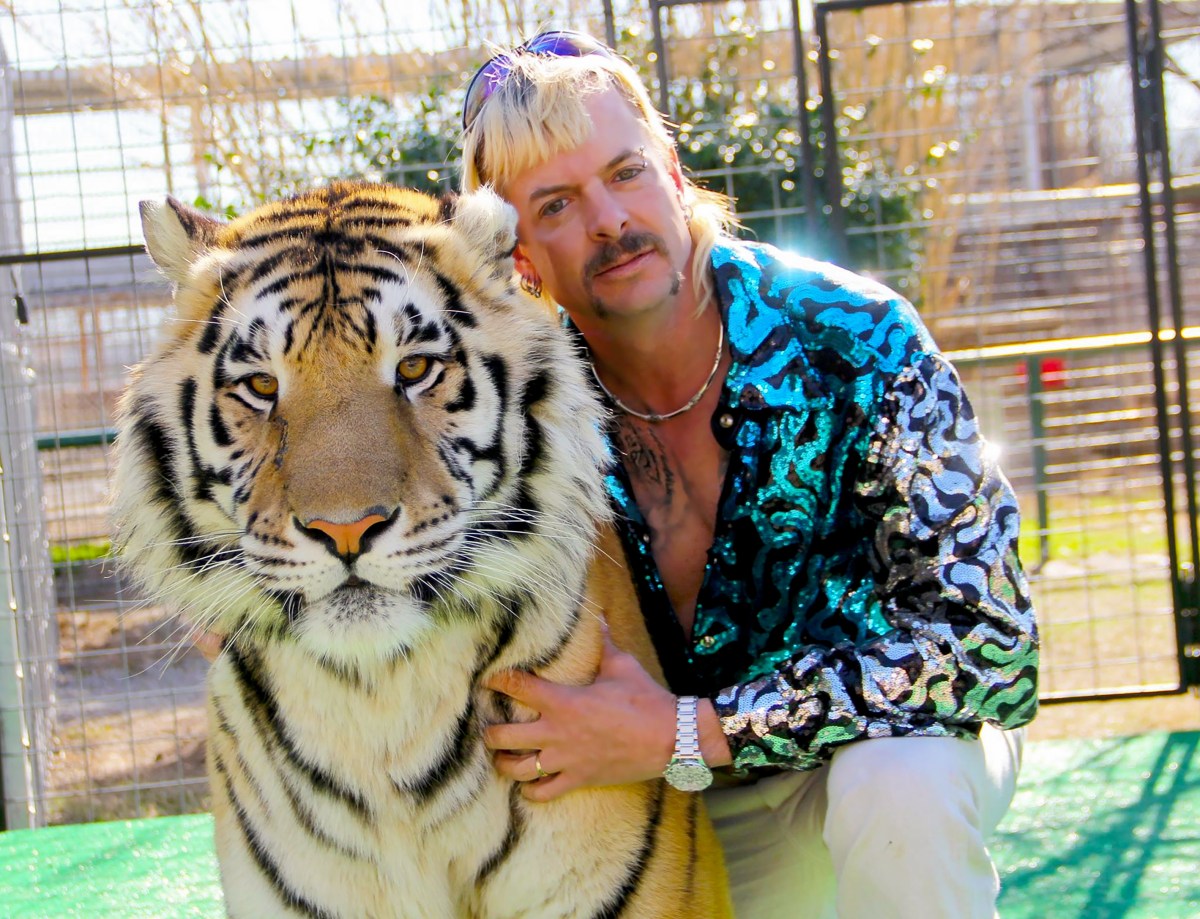 Like, I assume, all of you, I spent the weekend in quarantine marathoning Netflix’s bonkers tale of murder plots and mayhem in the subculture of exotic animal collectors, Tiger King. I couldn’t stop watching and also asking many many questions, the biggest, of course, being “what the hell?!”

The series does a very good job of answering some of the big, basic questions like: Did Joe really hire Allan Glover to kill Carole Baskin? (Signs point to no). Did Carole kill her first husband and feed him to a tiger? (Obviously yes). Will there be a season two? (Maybe). But I still have a lot of questions coming out of the series, so let’s run them down.

How the hell do these exotic animal collectors get away with this?

This is the thing I kept asking myself throughout: isn’t this all highly illegal? How was it that Joe Exotic or Doc Antle not being taken down by law enforcement after flaunting their clearly illegal collections of animals on social media and other places?

Well, no. If nothing else, Tiger King is a red alert to the issue that buying and selling endangered species and wild, dangerous animals is shockingly easy. Due to a patchwork of laws that vary widely state-to-state, and massive loopholes that allow people like Joe Exotic and co to get around the laws by getting exhibitor licenses, there’s a huge, largely unregulated market of exotic animals in the US and it’s still a big problem.

Okay, but what happened to Doc Antle?

Bhagavan “Doc” Antle (born with the less cult-friendly name of Kevin) is an incredibly interesting side character in the whole sage of Joe Exotic and Carole Baskin. Antle managed to keep up appearances of running a classy, successful wildlife park and be above it all in this weird fray. Heck, he even apparently provided a tiger to Britney Spears back in the day.

But … his idyllic compound is also kind of a tiger sex cult? Maybe? It’s clear that Antle was as involved in the trafficking of tigers and other animals as deeply as Joe and others. And his apparent habit of killing tiger cubs when they get too old to be useful might make his the scariest guy on a show that has literal murders as characters.

At the end of Tiger King, a blurb appears on the screen that indicates ) came under scrutiny and his Myrtle beach compound was raided in 2019 but doesn’t tell us much more. So what happened?

Well, not as much as you would think. The raid was centered on three lion cubs and was meant to determine their lineage and if Doc had obtained them from a facility that had been closed for animal cruelty. However, his facility, Myrtle Beach Safari, was not shut down and continues to operate.

Doc, like many of the characters in this series, remains under heavy scrutiny from PETA and doesn’t appreciate how he and his facility were portrayed. In a since-deleted post on Instagram, Myrtle Beach Safari claims that cubs are never euthanized and that it is a safe facility. Even amid coronavirus fears and social distancing rules, the zoo remains open and isn’t canceling any tours.

Speaking of responses, how does Carole Baskin feel about the way she’s portrayed Tiger King?

Carole Baskin, queen of cat ladies, head of Big Cat Rescue and possible husband-killer, is, unsurprisingly, not too happy with how she’s portrayed in Tiger King. In a blog post, Baskin attempts to refute the series (including that whole murder thing) and slammed the production, claiming she participated in the series based on thinking it was something very different.

When the directors of the Netflix documentary Tiger King came to us five years ago they said they wanted to make the big cat version of Blackfish (the documentary that exposed abuse at SeaWorld) that would expose the misery caused by the rampant breeding of big cat cubs for cub petting exploitation and the awful life the cats lead in roadside zoos and back yards if they survive. There are not words for how disappointing it is to see that the series not only does not do any of that, but has had the sole goal of being as salacious and sensational as possible to draw viewers.

Carole talked about her personal life, her childhood, abuse from her first and second husband, the disappearance of her ex, Don Lewis. She knew that this was not just about … it’s not a “Blackfish” because of the things she spoke about. She certainly wasn’t coerced. The other thing I would say about all these people is that there was a lack of intellectual curiosity to really go and understand or even see these animals in the wild. Certainly, Carole really had no interest in seeing an animal in the wild…. The lack of education, frankly, was really interesting — how they had built their own little utopias and really were only interested in that world and the rules they had created.

That’s pretty damning, as is the show itself but it remains to be seen if Big Cat Rescue will be affected, or if Carole will get an overall win in the sense that the popularity of this show might actually spur lawmakers to do something about the animal abuse that happens in facilities’ like Joe Exotic’s.

So, how is Joe’s Zoo doing?

While Doc Antle’s place and Big Cat Rescue running and still making money off these animals, Joe Exotic’s old zoo, which he lost thanks to the machinations of Jeff Lowe and his own folly, is still in operation … sort of. According to Tiger King director Eric Goode, who spoke to Entertainment Weekly, he’s in touch with Jeff Lowe and things are not going well.

I got a very long text today from Jeff Lowes, who is running Joe’s old zoo. All I can tell you is that he is basically operating on fumes. No one is going now and there’s no source of income, and that’s been going on for a long time. It’s not something that has just happened because of what’s happening in the world today.

But I think that it’s very sad what’s happening to these animals. And it’s anyone’s guess as to what’s going to happen to them. Some will be placed but I would suspect a lot of them will die from starvation, and probably be put down. And this is probably true for a lot of operations around the country right now that keep exotic animals, and even big zoos are struggling right now to keep their animals.

Speaking of Captivity, how is Joe?

Goode and Chaiklin remain in touch with Joe Exotic in prison and he’s understandably thrilled with his new fame and infamy. Goode to the LA Times, again:

Joe is absolutely ecstatic about the series and the idea of being famous. He’s absolutely thrilled. I think he is trying to be an advocate for — no surprise — criminal justice reform. He is in a cage and of course he’s gonna say that he now recognizes what he did to these animals.

And maybe that will get something done. The question of why these people dedicated their lives to collecting and thus abusing these animals is the hardest to answer. It’s an obsession that’s more about status and power than it is about conservation, as Goode noted, but the series might still have that effect.

The fate of these animals, more than anything, is heartbreaking. There are thousands of captive tigers in the US with no place to go … and what will happen to them is the biggest, and saddest, question.