Perhaps you've been the victim of a Blinding Jinx? 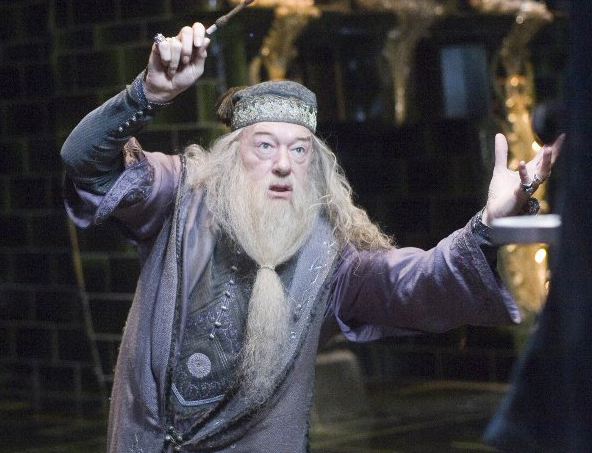 It’s been almost eight years since Deathly Hallows was released, but homophobia and heteronormativity know no statute of limitations. J.K. Rowling still fields questions about Dumbledore’s sexuality and any potential LGBTQ students at Hogwarts fairly regularly, answering a since-deleted tweet from a fan yesterday with aplomb:

Although I respect how Rowling’s response puts the onus on straight people to stop assuming everyone is a cis heterosexual (rather than on LGBTQ people to “come out of the closet”), Ana Kokovic’s question is almost understandable considering the lack of visibility Harry Potter’s LGBTQ characters had in the text.

It’s all well and good to say retroactively that Hogwarts had a diverse student body and that Dumbledore was gay, but imagine how powerful it would have been for young closeted (cupboarded?) readers to actually see one of Rowling’s characters in a healthy homosexual relationship–gay people look like all people, but they certainly don’t get as much representation as their heterosexual magical peers. (Huzzah for fanfic, I guess!)

That being said, Rowling’s response seemed to make an impact on fans: