Should It Matter If Thor: Ragnarok Passes the Bechdel Test? 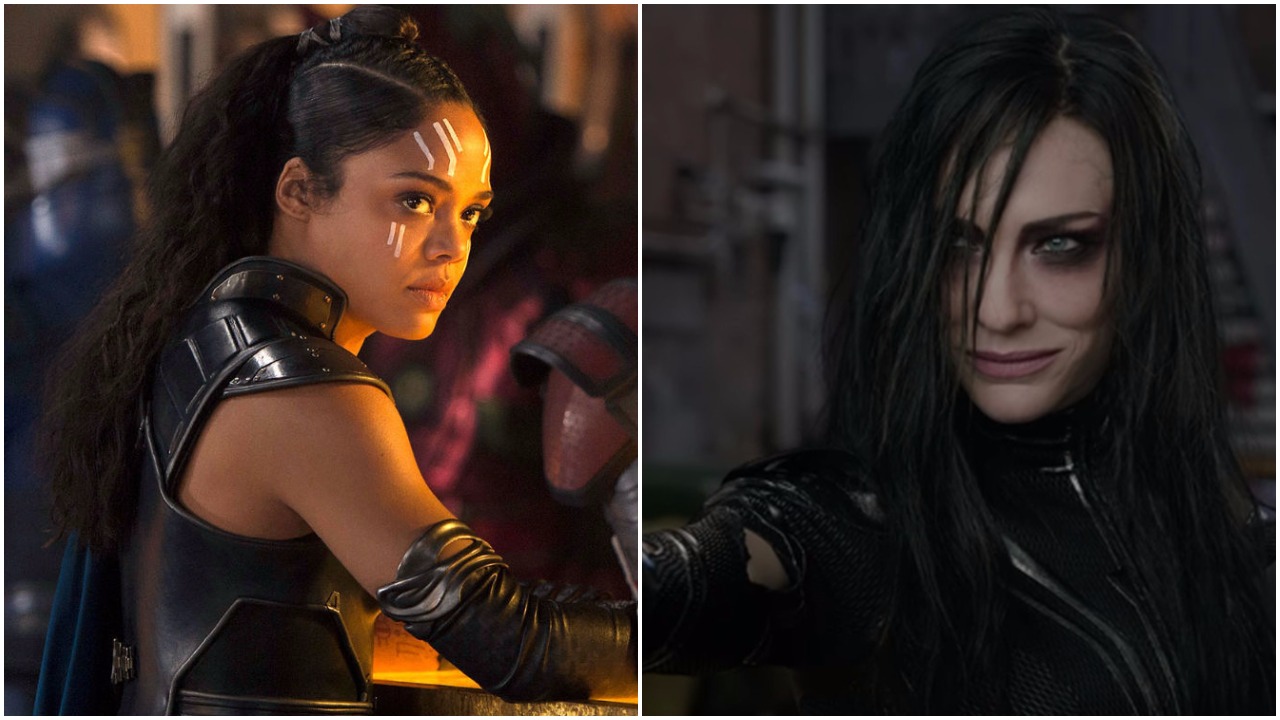 I had a great time at a press screening of Thor: Ragnarok. As our Marykate Jasper outlined in her review, the movie is fun, funny, unconventional, and sometimes messy—not perfect, but I’m already excited to see it again opening night.

One thing I’ve been thinking about since seeing the movie is the fact that Thor: Ragnarok doesn’t pass the Bechdel test, and yet I’m still more satisfied with its depiction of women than in many movies that ace the test with flying colors.

Other variants have since been introduced—that the two women be named, and that their conversation last longer than 60 seconds.)

When I wrote about Spider-Man: Homecoming failing the Bechdel test, it was with a sense of real disappointment that so many named, important women in Peter Parker’s life never had the opportunity to speak to one another. Their proximity made this startling. Michelle and Liz are friends and in the same school club, yet they never exchange a single word. Aunt May speaks to no one but the boys, apparently without female friends or anything to do besides take care of Peter. The lack of female interaction seemed a glaring fault that could have so easily been fixed. How hard would it have been to let Aunt May call a friend for advice, or to let Michelle and Liz have a moment to themselves to remark upon the strange goings-on in their city?

Whenever we talk about media failing Bechdel, there’s inevitably several commenters and people on social media who say that dialogue between women (about something other than a man) doesn’t need to be shoehorned in simply for the purposes of “passing,” that this “forced” interaction of a minute will ruin a movie that runs over two hours long. This then devolves into the assertion that passing the Bechdel test doesn’t guarantee that a movie will be “good,” or feminist in any way, shape, or form.

And that, at least, is true: many movies that pass Bechdel easily are trash. Many movies that fail are wonderful. But Bechdel exists in order to show how low of a bar there is to clear—we’re literally just asking for two women to speak to one another, once—and how frequently major media projects continue to fail and stumble over that bar. The Bechdel test isn’t a barometer of excellence; it’s there to demonstrate how little women get to talk when they’re not talking to or about men. It’s there to demonstrate how infrequently women occupy important places that aren’t centered around the male hero, orbiting him but never intersecting with each other. 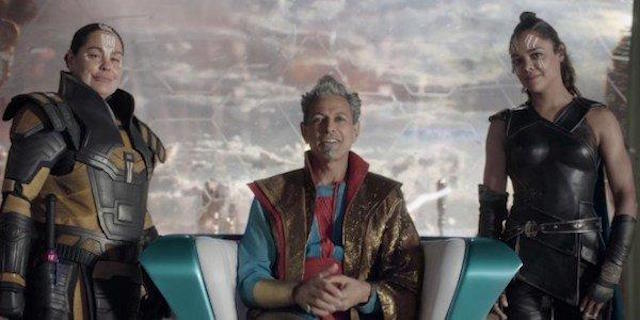 Thor: Ragnarok doesn’t pass the Bechdel test. It doesn’t come close. (There may be the briefest of exchanges between Tessa Thompson’s Valkyrie and Rachel House’s Topaz, but I don’t believe so. They’re using Jeff Goldblum’s Grandmaster as an intermediary.) This Bechdel failure is disappointing, because director Taika Waititi’s Ragnarok hits so many other notes so excellently. It made huge leaps for indigenous representation. It’s equal parts light-hearted and serious, an awesome offbeat hybrid of superhero, science fiction, and fantasy. It might have invented a whole new genre unto itself. The actors give fantastic performances, and under Waititi’s direction, star Chris Hemsworth, so often made to be wooden in past Marvel appearances, is allowed to let his comedic gifts shine. I’ve never liked a Thor movie more and I’m certain that most of you will feel the same way. This is why my feelings are mixed where Bechdel is concerned.

There are two reasons why I can’t angrily take the movie to task for its lack of female interaction, and their names are Tessa Thompson and Cate Blanchett. Thompson is the first woman of color superhero that we’ve been given in the MCU. (Remember when they passed over Wanda Maximoff’s Roma heritage by casting Elizabeth Olsen?) The importance of her presence here cannot be understated. Thompson’s Valkyrie is also that rare, beautiful thing: a fully fleshed-out, fully nuanced woman warrior, unsympathetic when you meet her, totally uncompromising, brash and flawed and resilient. I hadn’t anticipated Thompson’s part to be as big as it is, but I revel in that fact. She gives a transcendent performance that steals every single scene that she’s in, and you’re going to be as awed by her as Thor is. She is, according to Thompson’s portrayal, canonically bisexual, and she is pretty much everything I could have asked for in a female sidekick role.

Thor: Ragnarok also gives us the MCU’s first female villain, long, long overdue (this is the 17th movie since Iron Man). Like Valkyrie, Blanchett’s Hela eschews the stereotypes that often follow women around on film. She’s brilliant, calculating, completely ruthless, all-powerful. She gives zero fucks and it is stunning to watch. The movie only does wrong by Hela by not giving her enough to do, and by not giving her enough time to develop a relationship with the principals. How do you have Cate freakin’ Blanchett playing your villain and not let her chew on all the scenery and on every actor? Even so, when it comes to the MCU’s villains, Hela is vastly cooler and more terrifying than most. In terms of Thor‘s past baddies—remember the evil dark elf Maliketh? No?—it’s not even fair to compare them. We understand Hela’s motivation and her feelings toward Asgard, and even come to feel some sympathy for her position. If she could just stop killing everyone in sight, we might want to fall in line behind her. 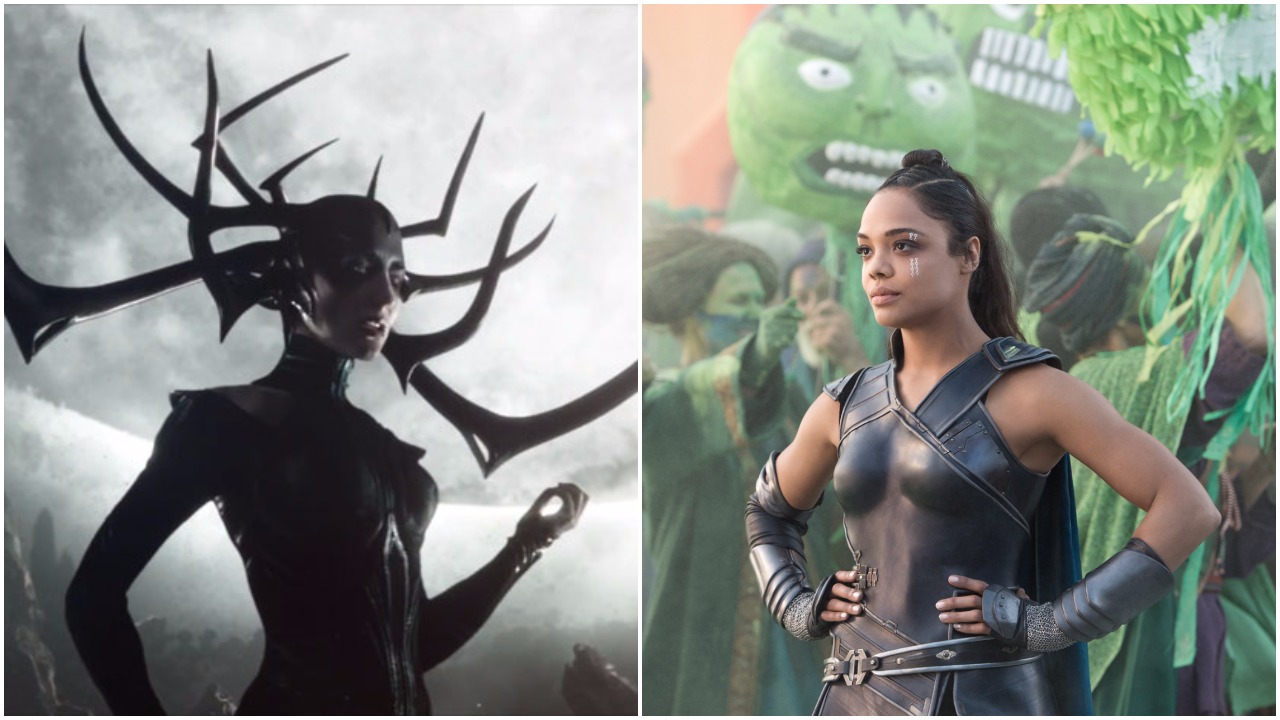 So when it comes to deciding if the application of Bechdel should “matter” here as much as I felt it did in Spider-Man: Homecoming, my answer would be no. More important for any movie is strong, complicated women with diverse representation, and on this count, Thor: Ragnarok more than delivers. And the women get to talk, a lot, on their own.

On the other hand, it’s still hard to see why a few moments of women speaking to one another could not have been worked into this film that features such vibrant women. Hela and Valkyrie share some significant history, and I was waiting for a confrontation between them that never came. Rachel House’s deadpan Topaz was a delight, and easily could have had a scene with Thompson. When you see the amount of time the movie takes to linger on interactions between Hela and Karl Urban’s Skurge, or Thor and Hulk, or Thor and Loki, or Thor and Valkyrie, or the Grandmaster and everyone, it’s difficult to understand why more women couldn’t be present and playing off one another.

Ultimately, I’ll let Thor: Ragnarok pass the Kaila test because in the end, the representation that it gives us is more important than any other metric I can imagine. But I’ll plead with Hollywood’s creatives once more: let the ladies speak. To each other. For a while. About something besides a man. We do it all the time.