All The Ways That Taika Waititi Pushed for Indigenous Representation On The Thor: Ragnarok Set 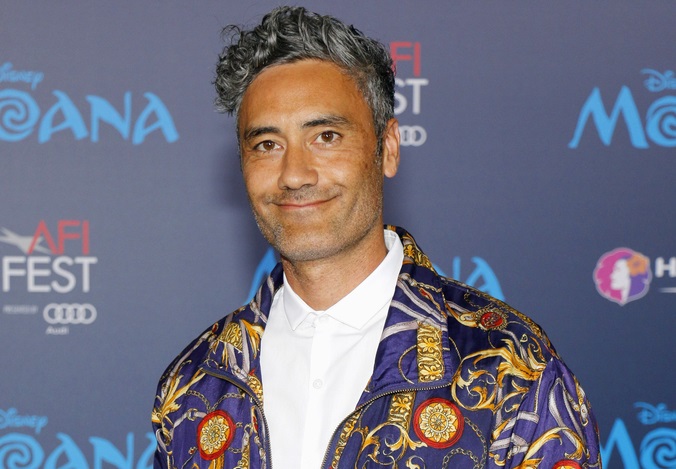 In taking the helm of Thor: Ragnarok, Taika Waititi not only made a career leap for himself, but a huge leap for indigenous representation behind the camera. With a budget of approximately $180 million, Ragnarok is the sort of opportunity that big studios almost never hand to an indigenous director – and so Waititi used his position to include others. From Easter eggs to shadowing opportunities for indigenous filmmakers, from an opening Karakia ceremony to avoiding appropriation, Waititi worked to bring better representation and inclusion to the Ragnarok set.

Waititi is Māori of the Te Whānau-ā-Apanui iwi from New Zealand, and so he had some understanding of what it meant for Thor: Ragnarok to film on land that traditionally belongs to indigenous Australians. “You wouldn’t really start a movie in New Zealand without asking the local tribe to come in and bless you and send you to work with some good mojo,” Waititi told Screen Australia, “Especially if you’re on their land, you’re in their backyard.”

So on the first day of production – July 4, 2016 – he invited members of the Yugambeh mob to perform a Welcome to Country. “The studio were very receptive (and) jumped on board,” he said, “so we got some locals from the Yugambeh mob, they came in and welcomed us. And one of our Kaumātua (a Māori elder), came over to do a Karakia, a kind of open-up ceremony from my side of things as well.”

Epic closing ceremony last night with the Yugambeh mob coming to wrap our shoot and send us on our way. These people welcomed us to the country back in July and yesterday we completed the circle. It’s because of them that our shoot was so peaceful and blessed with love and laughter. Even had a couple of sea eagles circling overhead to wish us luck. Thanks for having us! Mauri Ora! RG: @christineslabb_designs @chrishemsworth @tessamaethompson

In addition, Waititi wanted to include indigenous people behind-the-scenes, such as hiring an Aboriginal company to supply water for the cast and crew. “Being Maori,” Waititi said, “it’s extremely important to me to have native presence on any film.” He also explained to Buzzfeed News: “It’s a responsibility you have to the Indigenous people. You’re coming to a country and you’re bringing money into the economy and creating jobs, but I think you have an even bigger responsibility to look after the people that have less opportunities.”

Waititi also insisted on providing creative opportunities for indigenous aspiring filmmakers. “I just said to Brad [Winderbaum], whenever I do my films I make sure we try to get any locals who might be interested in the film industry to come in and get some work experience, or just to sit around on set and see how it’s done,” he said. “Because I never had that opportunity when I was a kid.”

As a result, eight indigenous interns (attachments, in the parlance of Screen Australia) were brought on board to shadow Waititi and experts in other departments, including stuntwork and set design. The attachments were supported by Screen Australia, and you can read about all of their accomplishments here.

(NB: I couldn’t find information about how much these attachments were compensated for their time. According to the information on Screen Australia’s website, indigenous practitioners can apply for up to $10,000 in funding to support their internships – and given how heavily Screen Australia was touting this Thor: Ragnarok scheme, they’d better have given out some funding to allow low-income creatives to participate. I’m sorry I couldn’t find that info, because I know unpaid internships are a big issue in the arts.)

Cornel Ozies, a filmmaker shadowing Waititi, spoke to both Screen Australia and The New York Times about his experience. “Between takes we’d talk about his culture, my culture, stories, mythology, music,” Ozies told Screen Australia. “It was just stuff that takes that pressure off…Then there were moments where he would break down why he made choices. He’d pull up and explain maybe a situation from previous experiences that he had on other sets and what he’s learnt, and just impart that knowledge.”

Ozies also spoke to The New York Times about how he felt Waititi’s culture influenced his directing style. “If you talk about his Māori heritage, it’s big families,” said Ozies. “When you have big families, you’re going to have a lot of clashes…you pick up the skill set of being a mediator.”

Indigenous Australian and Māori actors were also hired for the cast, including Rachel House as Topaz, Shari Sebbens as an Asgardian mother, and Stephen Oliver as cousin Carlo.

Designers for Ragnarok were also inspired by the native art of Australia and New Zealand, but Waititi was careful to warn them against crossing the line into appropriation. “I was very careful in these design meetings,” he said, “You need to follow-up by saying  ‘don’t copy that, but use it as inspiration’, because the next thing you know you have 50 people who have appropriated all these like beautiful ancient designs without asking what they mean, or who owns them, or for any permission.”

Lastly, Waititi also included little Easter eggs to amuse himself and other indigenous viewers. Speaking to triple j, he revealed that the Commodore ship, which Ragnarok‘s protagonists use to escape Sakaar, is painted with the colors of the Aboriginal flag, while Valkyrie’s spaceship uses the colors of the Tino Rangatiratanga flag.

Waititi found the Easter eggs calming. “I wanted to fill it with a few in-jokes and things for Kiwis and Australians. For me, anyway, it would just ground me…so while I’m making this giant Marvel movie I could look around and go, ‘That spaceship – that’s painted with the Aboriginal flag colors. No one else knows that but us.'”