This Week in Space: Is the “Age of Aquarius” Actually a Thing? And Are We in It Yet? 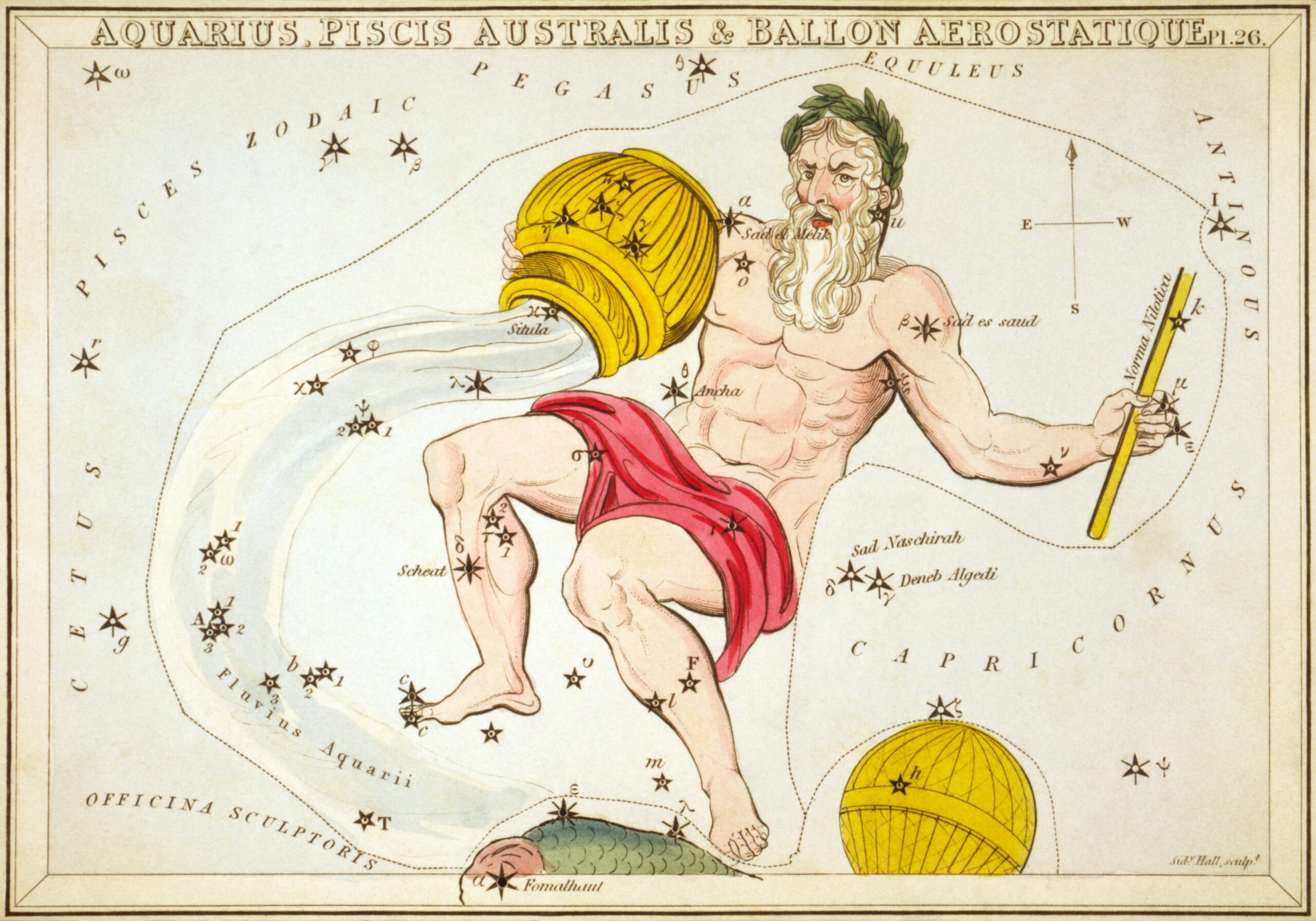 Right now, the Sun is in Aquarius along with four planets, and yesterday, the Moon was traveling through the sign of the water-bearer, as well, which meant that (as often happened) just reading about the current astrology got the hippie classic “The Age of Aquarius” stuck in my head. The Moon was not in the seventh house, and Jupiter was not aligned with Mars (it was aligned with Venus, though!) and that might make one ask: What were those hippies singing about, and is the age of Aquarius even a thing?

(Hey, friend, before you decide to make an “astrology isn’t a thing and I don’t care” comment below, consider letting people have some fun!)

So, there are a lot of definitions to “the age of Aquarius,” but the most common one has to do with an astronomical phenomenon known a precession, which is the slow movement of the axis on which any spinning body spins. It happens in tops, and it happens, or is constantly happening, to Earth itself. Right now, Earth spins on its axis in such a way that Polaris is the North star or the only star that does not move, but Polaris hasn’t always been the North star, nor will it be forever. In fact, Polaris has only (literally) held that position for about 1,500 years and will remain so until about the year 3000.

Precession also means that the point at which the Sun rises and sets during the equinox moves as well. This is called, wait for it … the precession of the equinoxes. It was something the ancients were aware of, as it was hypothesized by the Greek astronomer Hipparchus of Nicea, which is actually pretty freaking amazing considering he was working with no telescopes in 130 BC.

So Hipparcus theorized a 26,000-year cycle of precession of the equinoxes. Around year 1, the Equinox moved from Aries into Pisces and started a new astrological age. And since we’re moving in the opposite direction of the solar progression through the signs, that means that around now, we’d be moving into the Age of Aquarius!

Or maybe not. The constellations, and which part of the sky they officially occupy and thus what “counts” as Aquarius, etc. were set by the International Astronomical Union (IAU)  in the last century, and according to Belgian astronomer and mathematician Jean Meeus, the equinox won’t progress into Aquarius until, well, 2597.

There’s actually been a lot of debate about when the ages of Aquarius and Pisces really began, will begin, or will end—like, hundreds of years of debates, and lots of attempts by astronomers and astrologers to tie word events to these astrological ages. For instance, some counts put the age of Pisces as beginning in 1 AD, with the birth of Christ, who is symbolized and associated with fish, and thus the age of Pisces is seen as the Christian age. Other folks say the age of Aquarius began in 2012. Others say it began last December and or maybe yesterday.

What this comes down to is that the Earth does move, and so too do our perspectives on the stars and that what the point is here: It’s all a matter of perspective. We are in a different sort of age of Aquarius that we can agree on (as much as people can agree on this stuff) right now, as Jupiter and Saturn are both in the water-bearer’s sign, and some have seen that move, which coincided with the great conjunction, as a herald of a new “age.”

The reason astrologers (and hippies) are very into this idea is that Aquarius is a sign of revolution, change, out of the box thinking, social justice, and even upheaval. Given what’s going on in the world right now, and the huge societal changes we’ve seen in the last century, thinking of it as a new age ruled by forces of justice and change makes sense for some people.

So, the long answer of “Is this the dawning of the age of aquarius?” is … maybe? But most astrologers look at charts in a different way and don’t pay much, or any, attention to astrological ages. So maybe you don’t need to worry about it. What you will need to worry about is that the song will be stuck in your head for days now! Just like it’s stuck in mine!

Here are a few other fun bits from space—specifically, Mars.