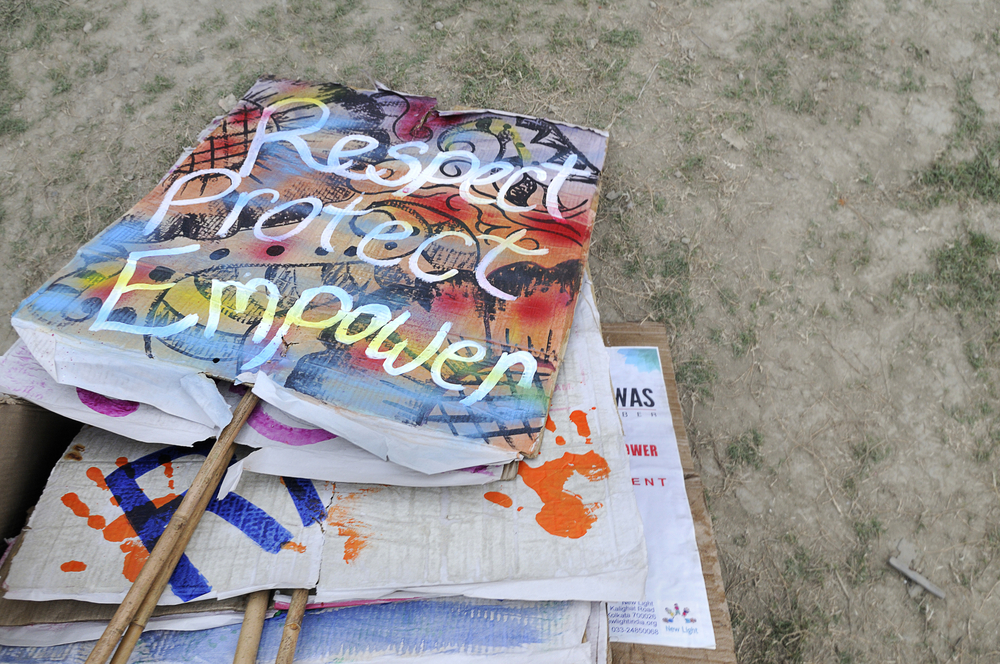 You’ve no doubt seen this play out countless times: A discussion of rape (or domestic abuse, or really, any sort of heavily gendered crime) comes up, in any number of forms, and immediately, observers feel the need to pile on their opinions of everything the victim has done wrong, usually starting with telling her she should have gone to the police.

Some rape victims do go to the police. Many don’t. It’s believed that as few as 15% of sexual assaults are reported. After fears of retaliation, a disbelief that police offers would or could help is close behind as the major reason why. And wouldn’t you know it, one police captain just unwittingly became the poster child for that very sentiment.

The website DNAInfo reported on the jump in sexual assault cases reported in the Brooklyn neighborhood of Greenpoint. In 2016, 13 cases were reported in the neighborhood, up 62% from eight the previous year. Ten of those were never solved, and the precinct’s captain, Peter Rose, has an… interesting (and yes, by “interesting” I mean horrifying) explanation. See, according to Rose, it also has to with the difference between the types of rape.

It really becomes a balancing act for the investigators. Some of them were Tinder, some of them were hookup sites, some of theme were actually coworkers. It’s not a trend that we’re too worried about because out of 13 [sex attacks], only two were true stranger rapes.

If there’s a true stranger rape, a random guy picks up a stranger off the street, those are the troubling ones. That person has, like, no moral standards.

Hold on, is Rose saying they’re not “too worried” about rape unless it’s a “true stranger rape”? He can’t possibly be that dismissive of women who are raped, coerced, or otherwise assaulted by acquaintances, can he? Well, yes, he can and he is, and during a follow-up community council meeting, he even doubled down on that sentiment by managing to find a term more belittling than “true stranger rape.”

They’re not total-abomination rapes where strangers are being dragged off the streets.

Wow. Thank you, Police Captain Peter Rose, for basically defining rape culture. By placing the types of sexual assault in a hierarchy of importance, it clearly illustrates why so many women don’t trust the police to help them. Victims of sexual assault often report feeling re-victimized by police investigators, especially if the assault happened with an acquaintance or a date, let alone a through a “hookup site,” or in a situation where alcohol might be involved. (Just look at last summer’s Emily Doe case, where Brock Turner was able to reform the narrative of the sexual assault he perpetrated by filtering it through the lens of “party culture.”)

If the Captain of a police precinct still thinks about the rapes he’s investigating through the dichotomy of “true rape,” then I don’t know what’s on the other side—”kinda” rape? For sexual assault to not be taken seriously unless it fits the horror movie mold of abductions at the hands of a stranger (which of course does happen, but as Rose stated, it’s nowhere close to the most common form of assault), that only serves to discourage and shame women who might not fit that mold of the “perfect victim.” It trivializes and marginalizes the experiences of the hundreds of thousands of victims of non-“true stranger rape” every year. It creates an environment in which women expect to not be believed. All of that is what serves to create a culture of rape, where sexual assault is normalized and excused.

Statistically, “stranger rapes” make up only about 14% of sexual assaults. Yet between 46 and 66% of these assaults are reported, as opposed to 18 to 40% of assaults perpetrated by friends or acquaintances. When police don’t take that latter form of assault seriously, it’s no wonder so few are reported. And it’s also not surprising that Rose then credited uncooperative victims with the lack of prosecutions in those cases.

As Jane Manning of the National Organization for Women put it by way of response to Rose,

When I hear the phrase we didn’t have a cooperating victim, my antenna always goes up. If you hear ‘I can’t get the victim to cooperate’ in case after case, you should be asking yourself what are they failing to do?

From the sound of it, these police officers are failing to do a whole lot.

(via DNAInfo, image via Shutterstock)