This Charming Charlie Saved From Copyright Takedown | The Mary Sue

Good News For Sad People: This Charming Charlie Has Gotten a Copyright Reprieve

I am an intellectual property and I need to be loved! 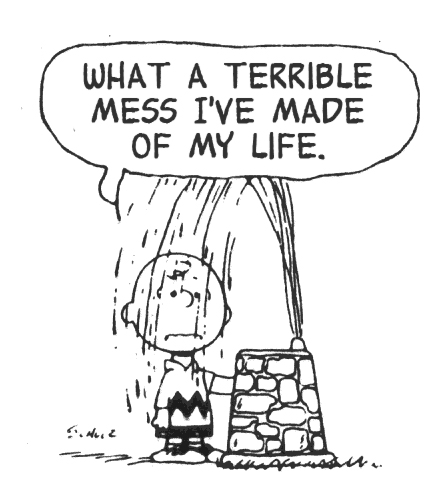 No doubt you’ve seen images from the now-popular Peanuts/Morrisey mashup comic, This Charming Charlie. You also may have heard that the tumblr comic was getting copyright takedown requests for its use of Morrissey lyrics. At last, someone has spoken out against the threatened lawsuit — namely, Morrissey himself.

Over the weekend, a Morrissey fan website reached out to the musician and officially confirmed that he was not consulted over any takedown request. Furthermore, he isn’t even represented by Universal Music Publishing, the company behind the takedown. He is also reportedly “delighted” by the comic and wants it to continue, because it is indeed delightful.

After this statement hit the Internet, Universal informed This Charming Charlie creator Lauren LoPrete that they would no longer be pursuing legal action. As LoPrete’s lawyer pointed out to them, “Morrissey and Marr jointly own the Smiths songs’ copyrights, so either of them can license others to use the lyrics, and Morrissey’s generous approval remove any litigation threat.” In his letter he stops just short of saying “Neener neener!” to them, which we really wish he’d done. Universal Music kinda deserves it right now.

LoPrete had this to say on her site yesterday:

I’m deeply honored that Morrissey spoke out on behalf of This Charming Charlie, although not surprised. Morrissey is not a stranger to fair use, and it was my extreme respect for his appropriation of words and images that led to this project in the first place. I’m glad he is able to see the humor in all of this, even if lawyers could not. Hopefully, this example will set a precedent for copyright laws in the future, and encourage others to express themselves and enrich our culture through free speech, parody and social critique.

Now, let’s just hope the Schultz estate doesn’t get wind of these comics. They are notoriously less understanding about this sort of thing.

(This Charming Charlie via The Verge)