All the Things We’re Definitely Going to Love About Star Wars: The Last Jedi 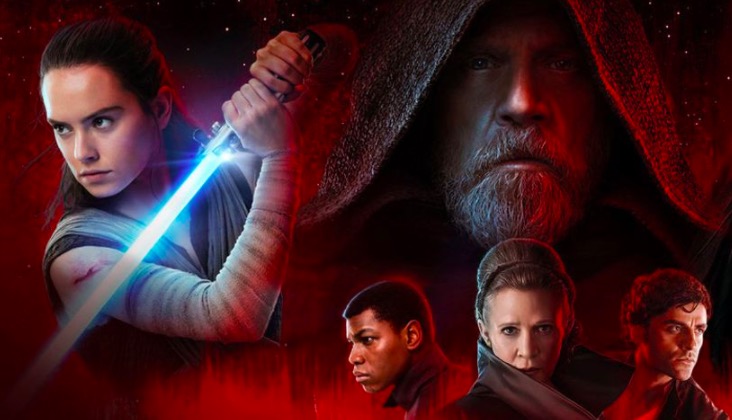 In a few short hours, we’ll all (myself included) finally get to set eyes and ears on Star Wars: The Last Jedi. But wait, how can I tell you what’s so great about it if I haven’t even seen the movie yet? Am I some kind of time traveler? No! (Unfortunately.) But what I am here to do is remind us all of the things about this movie that we can’t possibly not love, even if the movie itself is somehow bad, despite its glowing reviews.

So, without further ado, share with me one last moment of untainted hype (because I sincerely can’t think about anything else), and let’s look at the parts of all this that can do no wrong:

Come on. This is the last time we will see Carrie Fisher in a Star Wars movie. As painful as that is, and as much as I’ve heard she’s going to make me cry, I cannot wait to see her in action. Out of the big three original cast members, Han Solo stole the spotlight in The Force Awakens, and his death has left more time to focus on the Skywalker twins in the sequel. No matter what, the only possible downside to Carrie Fisher’s performance in this movie is that it will leave us wishing we had more time with her in the trilogy’s final installment that we’ve heard “would have been her movie.” There is absolutely zero chance that we won’t all hang on her every scene, and that’s going to be amazing, even when it makes us cry (which it is bound to do).

Plus, she’s bringing us so much amazing space jewelry! Just look at that poster. Plus, she’s also bringing Laura Dern along as her glorious space bestie, who can certainly also do no wrong. Her dog even has a cameo in the movie, in spirit. We cannot repel emotions of this magnitude, and we don’t want to. Both Leia and Carrie Fisher have meant so much to so many people, and the only possible criticism of her in this movie is “it needed more Carrie Fisher.”

Mark Hamill Back in Action

OK, Mark Hamill was technically in The Force Awakens as Luke Skywalker, but I won’t deny being a bit disappointed when I realized he wasn’t really going to be in the movie. Luke is my OT fave, and Mark Hamill is a wonderful human being, and I’ve been waiting decades to see him take on the role again, not even thinking it could ever happen for most of that time. In a way, waiting for The Last Jedi feels like waiting for The Force Awakens all over again, because this is such a major piece of what I had hoped to get out of that movie.

Even if your character preferences don’t line up perfectly with mine, Mark Hamill is not going to let you down. I know he’s talked about his own reservations about his character arc in The Last Jedi, but even if he or anyone else would’ve imagined it differently, seeing his return is going to be incredible. It’s going to finally complete the setup that began in The Force Awakens, not to mention satisfying that cliffhanger ending. Come on, even just seeing Luke step into the cockpit of the Millennium Falcon in a split-second trailer scene was enough to make headlines across the internet. Spending a whole movie with him is going to be pure, unadulterated joy. 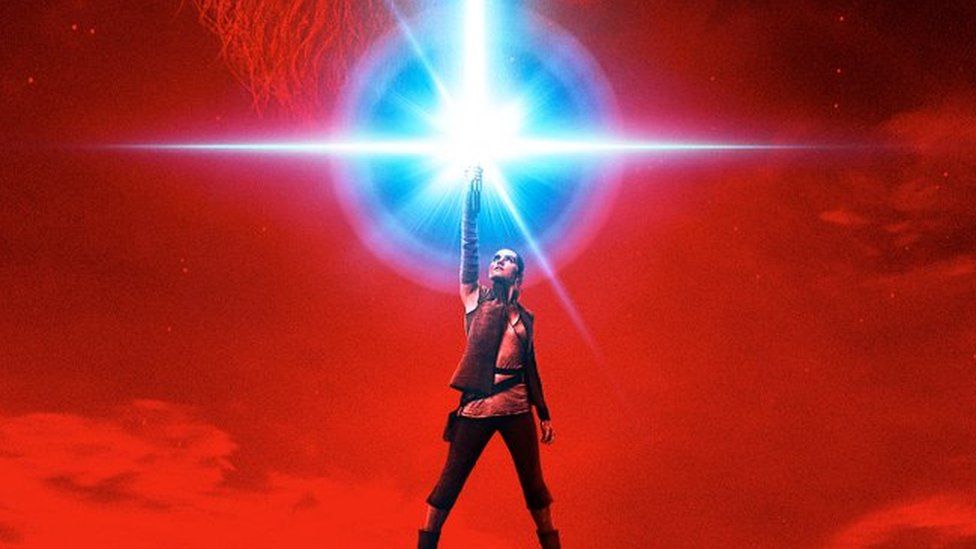 I mean, unless you’re a jerk who thinks she’s a “Mary Sue” just because she’s capable, and in that case, it’s amazing that you’re able to enjoy anything. The entire cast of newcomers introduced in The Force Awakens is extremely likable, and we’re as eager as Rey herself to discern what her place is in all of this. 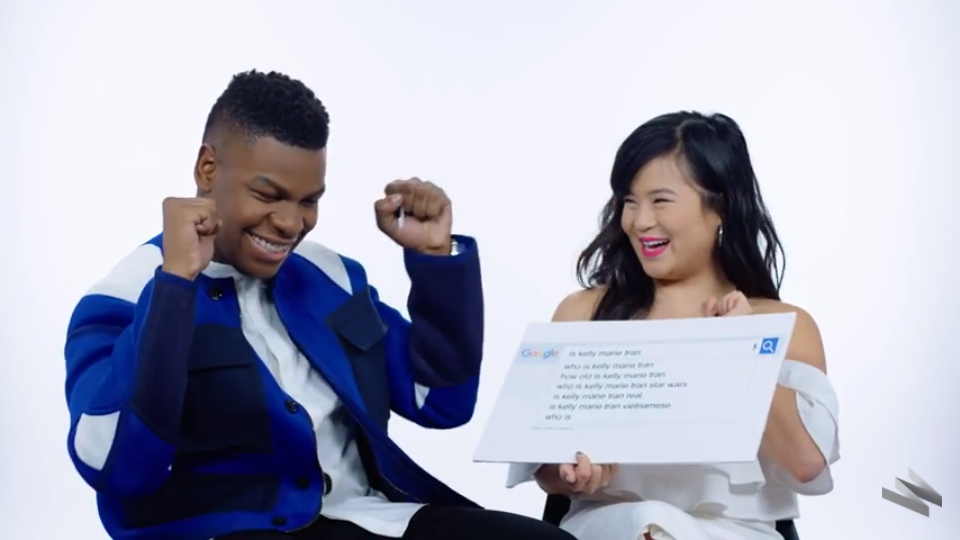 (From their autocomplete interview.)

How can you not be excited for Kelly Marie Tran to be in this movie? Just look at this:

Kelly Marie Tran is how all of us would be if we were cast in a star wars film pic.twitter.com/9s0LTT4TQT

We will love her and Rose to death forever, even if the movie had to be 2.5 hours long to include the subplot she goes on with John Boyega’s Finn. Speaking of which, Finn is now a full-blown member of the Resistance! Our Finnamon roll can never let us down. Which brings us to …

How can you not love that? Whether it turns out to be romance or not, the connection between these two is instantly lovable, and Oscar Isaac is just so damn compelling as Poe that he was brought back from a would-be-fatal TIE fighter crash with very little explanation just to keep him in the franchise. We look forward to more giffable opportunities like this in our very near future.

Finally finding out how to interpret “The Last Jedi!” New droids! New locations! New characters! New creatures! Love porgs? Great! They’re adorable, and they’re going to be all over this thing. Hate porgs? Great! Watch Chewbacca react to them appropriately. Star Wars is about character, heart, and the little things as much as it is about sweeping space opera. Director Rian Johnson cares. He really, really cares. He geeked the hell out over being rewarded with his dream Star Wars toy, just like any of the rest of us would.

The production built so many sets to bring this movie to life that George Lucas himself was like, “What’s with all the sets?” It’s going to be great to see the aesthetic of the series continue to grow and evolve with the renewed level of care that’s been put into getting just the right feel. Johnson—and members of the cast—had a close working relationship with Carrie Fisher, herself a prolific writer, a talent he says went a long way towards shaping some of the movie’s scenes.

This movie has been made with love by everyone involved—returning OT cast and newcomers alike, who are just as much fans as the rest of us. No matter what we find about it that’s imperfect, there’s just so much that can’t possibly let us down. We’re all in for a very, very fun weekend, as well as a lot of discussion about how things turned out in the coming days and weeks.