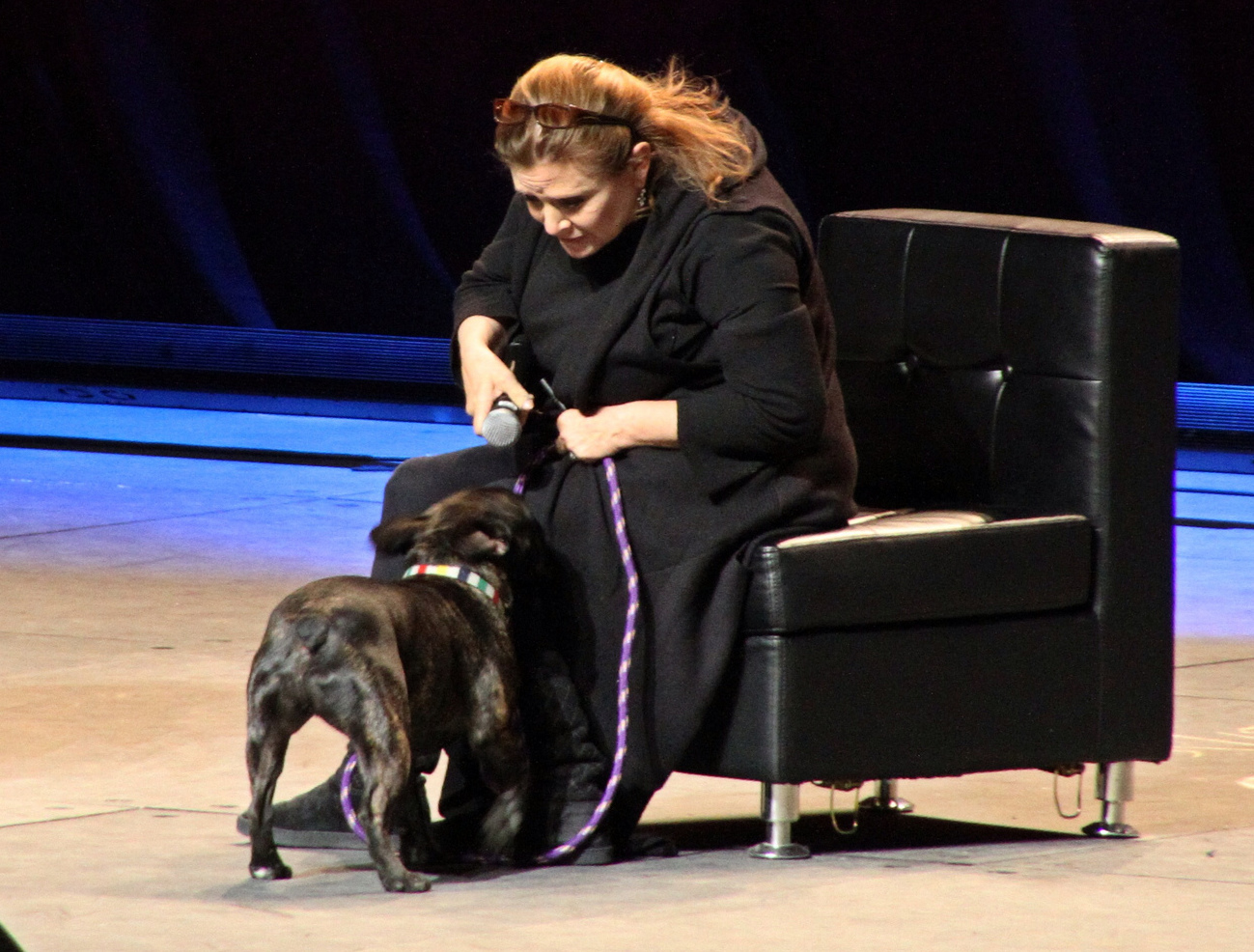 You may be aware that Carrie Fisher had a wonderful dog, Gary Fisher. If not, you’ve been missing out, and you can rectify the situation immediately over at Gary’s Instagram. (Gary now lives with Fisher’s assistant.) While The Last Jedi may serve as a way for a lot of us to say goodbye to Carrie Fisher, it’s also apparently giving Gary the chance to indirectly get in on his mom’s final film role.

With the release of The Last Jedi only about a week away, we’ve got plenty of footage and images to pore over and analyze, and Clair Henry of Star Wars fan site Fantha Tracks noticed a rather familiar-looking alien in a scene on Canto Bight. She asked Director Rian Johnson if the adorable alien furball was, indeed, a Star Wars version of Fisher’s famous pet, and he confirmed it:

Note the resemblance, though the real version is much cuter:

So move over, porgs; you’re now the second most adorable creatures in The Last Jedi, at least, depending on how one feels about the vulptices. It appears that SpaceGary will belong to a rando alien on Canto Bight, which is probably for the best, as uniting him with Carrie Fisher on-screen would probably be more than any of us could handle. Unless there’s something important we don’t know about the alien holding him, it looks like his role will be limited to a cameo, but now that we know it’s there, we’ll probably be distracted by looking for it in every casino scene.

We’ll also be distracted by yet one more thing that makes us think about how much we all miss Carrie Fisher—but also about what a gift she was to all of us. We already thought we were going to reach our maximum capacity for that feeling while watching The Last Jedi anyway, but judging by this news, it turns out there are still ways to drive it home.