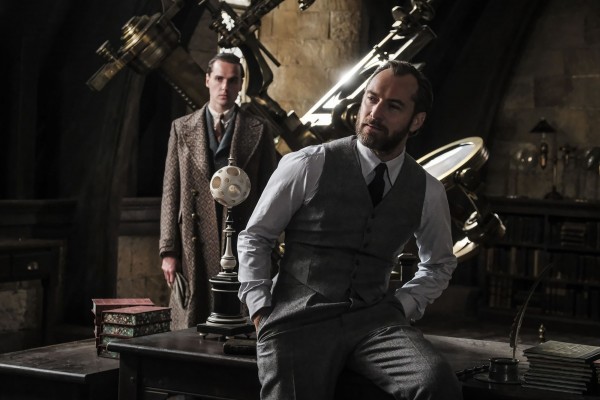 There’s no such thing as too many visuals of Jude Law dressed to the nines and rocking that ’20s wizarding vibe as Albus Dumbledore in Fantastic Beasts and Where to Find Them: The Crimes of Grindelwald. Also Johnny Depp is here too, as this movie insists on reminding us.

Collider declares that Law’s Dumbledore is “very-high-in-sex-appeal” here, and we can’t say that we disagree. It’s not quite the Albus we’re used to but perhaps the Albus that we deserve in 2018. Law, with neat, pre-silvered beard in place, is snazzy as hell in his Jazz Age ensemble amidst a room of curious objects. Say what you will about the rest of the production’s decisions, at least this movie is going to look, well, fantastic.

And because it seems like we get two steps back for every step forward where Beasts is concerned, there’s also a new picture of Johnny Depp as the titular crime-stained Grindelwald, and Poppy Corby-Tuech as his supporter Rosier. Let’s look at her and her stunning ensemble instead. Those heels! That velvet cloak-jacket! The hat! 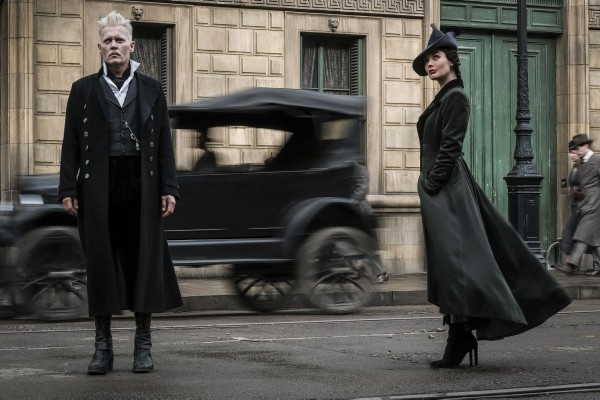 Happy almost-New Year, Mary Suevians! What’d you spot out there today on the plane wing today?