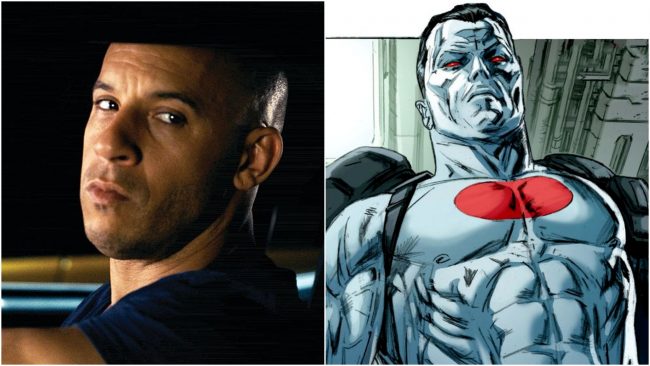 Vin Diesel had a very good year as the top-grossing actor of 2017. So he must seem like a sure bet to Sony as they look to kick off a new cinematic universe based on Valiant Comics.

Diesel is in talks to for the role of Bloodshot, a super-soldier type that Uproxx neatly summarizes as “a soldier whose body is enhanced by hundreds of millions of nanobots which give him inhuman strength, a Wolverine-style healing factor, and the ability to interface with any technology.” Bloodshot is a little Wolverine, a little Winter Soldier, a lot Punisher. So he has the potential to do pretty well on-screen, all things considered.

Sony is looking to generating a whole lucrative and as-yet unexplored cinematic comics sandbox of its own. The plan apparently seems to be to first make a Harbinger film drawn from 2012’s “Harbinger War” storyline, and, we assume, if all goes well, to move onto a solo Bloodshot movie. I’d give Diesel a lot more to say than his turns as Groot in Guardians of the Galaxy, especially since Sony has committed to going in an R-rated direction. Frankly, I hope the amiable Diesel signs up so that we’re not subjected to Jared Leto as Bloodshot.

Welcome back from the weekend, mes amis! What have you seen today, and what’s your favorite scary story?