Things We Saw Today: The Lion King Reportedly Casts Its Timon and Pumbaa 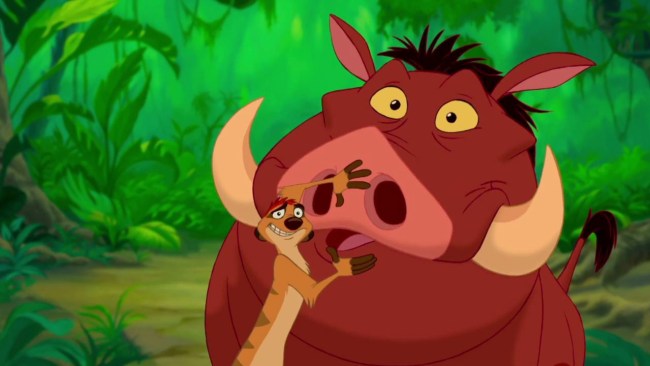 Disney has decided to remake pretty much all of their hit animated films as live action movies. While we wonder about some—Guy Ritchie’s Aladdin? Really?—we’ve been pretty jazzed about The Lion King’s prospects, and now the new warthog/meerkat power couple has been cast, according to reports. Who’ll be singing Hakuna Matata?

Uproxx, which wins for the headline “A Screamer and A Stoner are Reportedly Playing Timon and Pumbaa,” cites sources that comedian Billy Eichner has been cast as Timon and Seth Rogen as Pumbaa. I have literally no reaction to this news, so tell me how to feel about it. I’m here for Donald Glover as Simba, James Earl Jones reprising Mufasa and rumors about Beyonce joining the cast. (via Uproxx)

Did you see anything tasty today?