Things We Saw Today: Reviews for The Snowman Are So Bad They Almost Make Me Want to See It 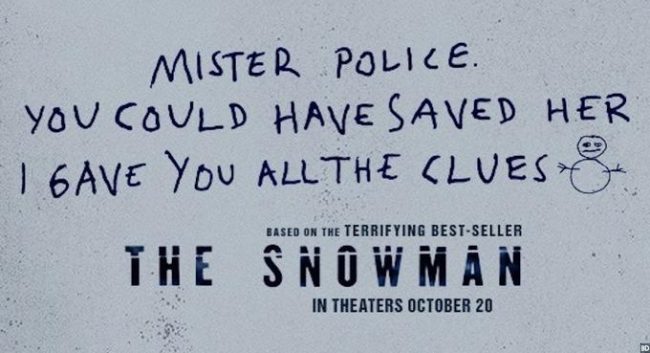 The thriller starring Michael Fassbender as a person named Detective Harry Hole chasing a killer who loves making snowmen or something is getting scorchingly critical reviews.

A few of my fave pull-quotes regarding The Snowman from Rotten Tomatoes, where it’s currently at a cringe-inducing 11%:

“The Snowman” is like if aliens studied humanity and tried to make their own movie in an attempt to communicate with us. —The Arizona Republic

“The Snowman” is ugly and nasty, but that’s not the worst of it. The worst is that it’s boring and makes no sense. —The San Francisco Chronicle

Playground snowball fights have more suspense and intrigue than “The Snowman,” the most puzzlingly bad movie of the year. —Detroit News

Completely, atrociously, perhaps even impressively, stupid. —The Globe and Mail

I know this means we should stay away—and I’ve been flinching over the film’s annoying posters in the NYC subway for months (the AV Club calls it among “the worst movie advertising campaigns of all time”)—but sometimes, when a movie gets piled on like this, I’m almost curious enough to want to go to see why. Almost.

Anyway, people have been defacing the ridiculous Snowman posters in the subways. Here’s my favorite alteration that I snapped a few days ago: 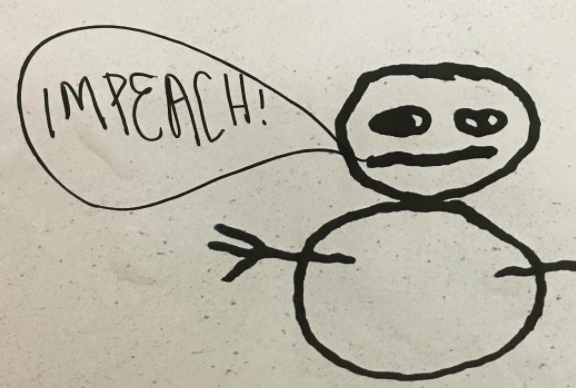 So what’s on your mind this fine Friday?

This is Josh Gad voicing a snowman. Everything comes full circle.