Things We Saw Today: Supernatural Might Get a Spin-Off Starring Women 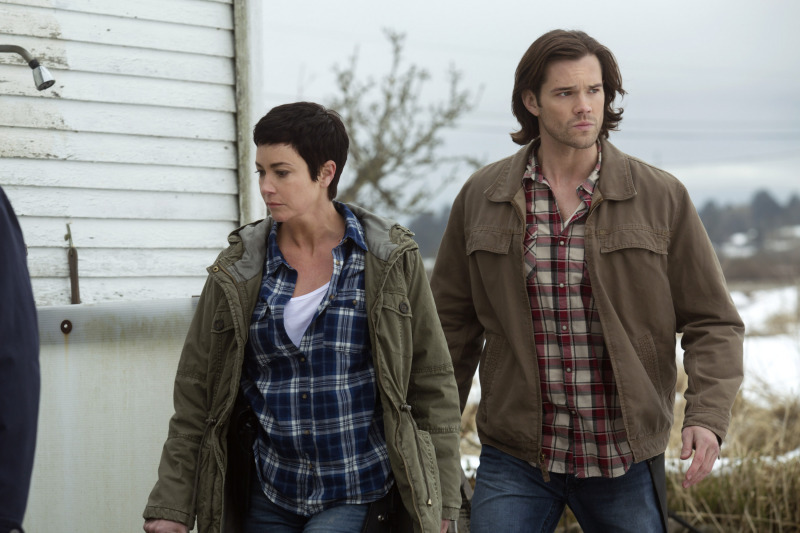 Plans are in the works for a potential spin-off from Winchester world that would star Kim Rhodes’ character, Sheriff Jody Mills.

It seems as though some form of Supernatural will be with us until the world truly ends. The 13th season of the popular show, which features two sandy-haired monster-hunting brothers and an angel in a trenchcoat who’s in love with the older brother (I’m going by what my fandom friends tell me here, people), will have an episode focused on Rhodes’ recurring character that could become a new show. Per io9:

“The episode, and the series itself, will follow Rhodes’ character, Sheriff Jody Mills, as she takes a group of young women in her care and teaches them to be monster hunters in the vein of the Winchester brothers. Although Rhodes’ character is currently the only one attached to the new series so far, Deadline reports that there are plans to bring over other characters from Supernatural to Wayward Sisters—including Claire Novak (Kathryn Love Newton) and Alex Jones (Katherine Ramdeen), who, alongside Mills, have been the subject of previous fan campaigns to give the characters their own spinoff under the banner “Wayward Daughters,” hence the nod to the fans in the title of the new series.”

That’s it from us. What’d you see today, Princess?