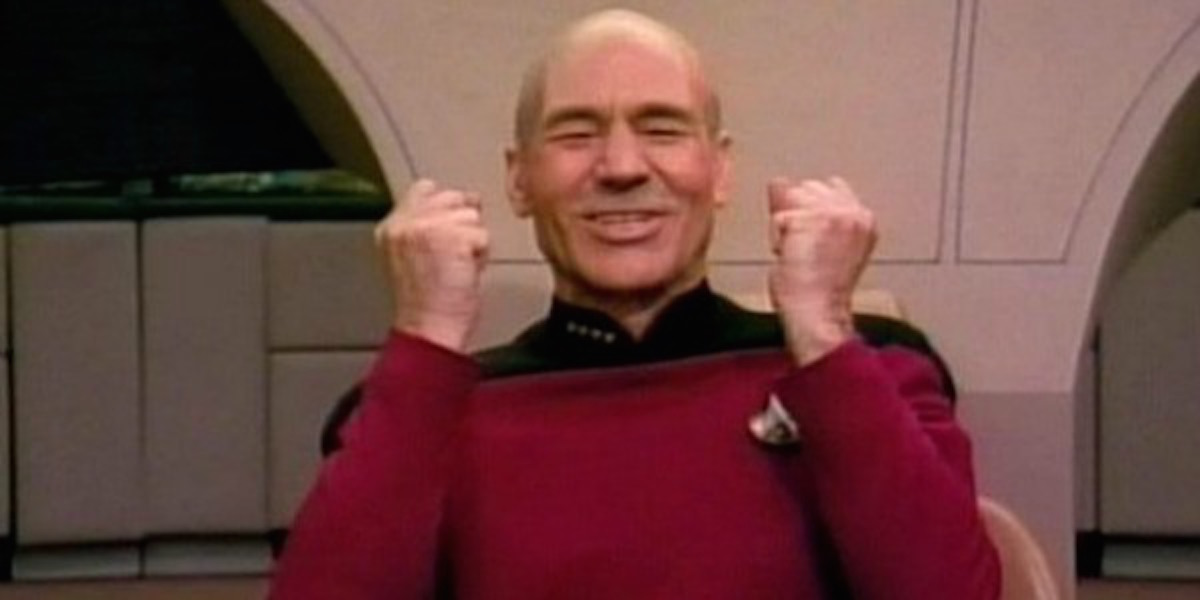 The showrunners of Star Trek: Discovery recently exited the show over allegations of verbal and emotional abuse, but if you were worried that would hinder your Star Trek intake, you need not fear. Producer Alex Kurtzman has taken over not just that series, but he’s also signed a new deal with CBS that could result in multiple new additions to the franchise. According to Variety, those include:

As if those pitches weren’t exciting enough, The Hollywood Reporter is offering some additional details, relaying a rumor that Patrick Stewart might be onboard to reprise his role as Captain Jean-Luc Picard. To which we say …

#MTVAwards: @michaelb4jordan wins Best Villain for #BlackPanther saying “I thought for sure Roseanne had that in the bag” pic.twitter.com/DCPMQQwJxH

And now for something completely different: You can now get an American Girl Doll with an “Xbox Gaming Set” – a console, controller, headset and her own gaming chair. https://t.co/E20lsIxT5c pic.twitter.com/PrLb99nKTB