Chloë Moretz: Her Movie w/ Louis C.K. Should 'Go Away' | The Mary Sue

Things We Saw Today: Chloë Grace Moretz Thinks the Still-Unreleased Movie She Made With Louis C.K. Should “Just Kind of Go Away, Honestly” 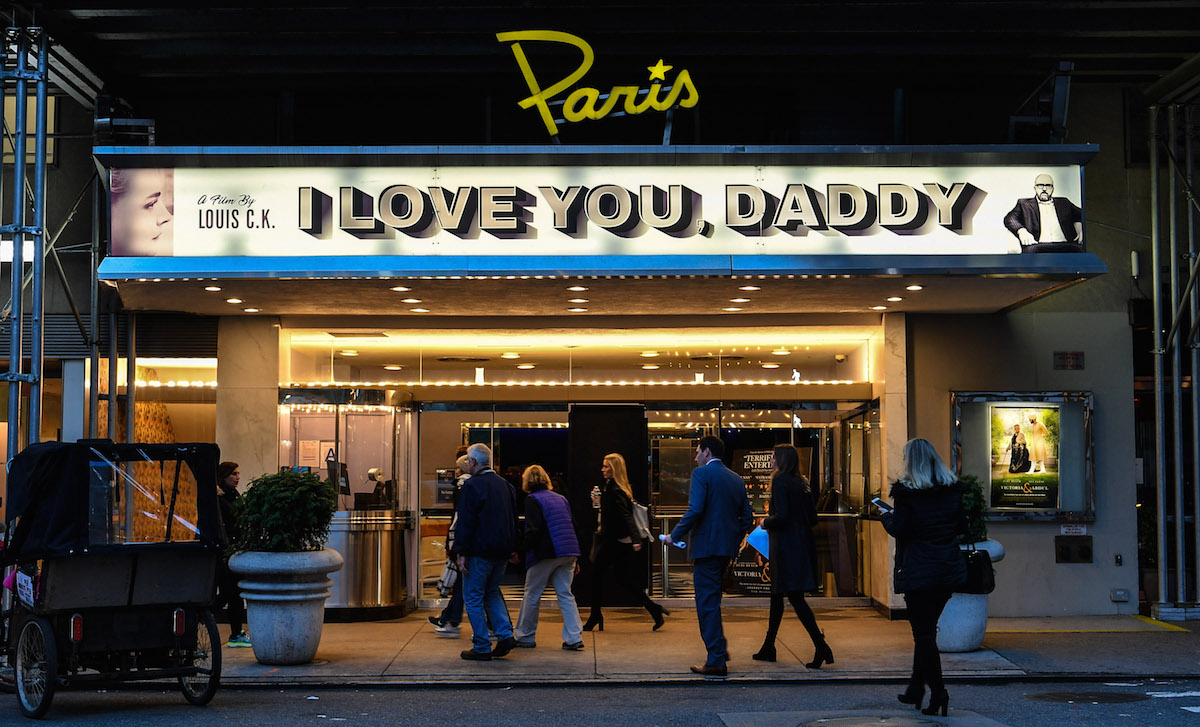 Right around the time that Louis C.K.’s long-rumored gross behavior towards female comics was detailed in a NYT exposé (and he himself admitted the stories were true), he was getting ready to release a movie called I Love You, Daddy. In the movie, Chloë Grace Moretz plays C.K.’s character’s teenage daughter, who’s spending time with a Hollywood legend, a 68-year-old notorious lech of a filmmaker who’s a clear stand-in for Woody Allen or Roman Polanski. Upon C.K.’s revelations, the distributor scratched the film’s release entirely, but the comedian’s stans have held out hope that it might pick up distribution elsewhere. In an interview with the New York Times, Moretz says she’s down to let the movie fade into obscurity.

As she puts it, “I think it should just kind of go away, honestly. I don’t think it’s time for them,” meaning men accused of sexual misconduct, “to have a voice right now. Of course, it’s devastating to put time into a project and have it disappear. But at the same time, this movement is so powerful and so progressive that I’m just happy to be in communication with everyone and to see the big change in the face of the industry, which I think is very, very real.”

John Landgraf, the president of FX, which hosted Louie, seems to be on the other side of C.K.’s seemingly inevitable post-Me Too comeback. He told Variety last week, “I love Louie and I love his work and I miss him, and I miss it. I hope from just a fan basis that we haven’t seen the last of Louie.” Landgraf also said he thought C.K.’s apology was “sincere,” so I suppose we’ll just have to agree to disagree about all of that. (via Vulture.)

Have a great weekend, everybody!