Things We Saw Today: More Ewoks Are on Their Way to Disney+! 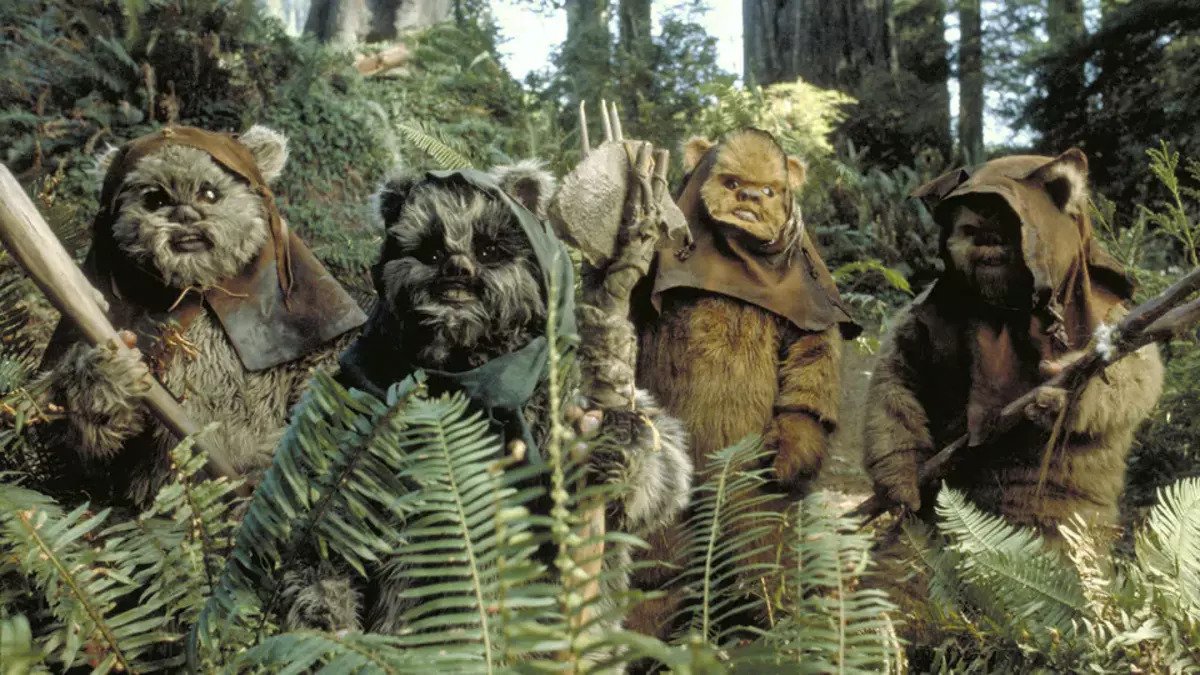 There are some movies from childhood that feel like fleeting dreams, caught on cable late at night or watched in fragments and half-remembered. For me, that’s “The Ewok Movie.” There is no actual movie with that title, but I didn’t know this as a kid. I only knew that I saw various adventures with the cute space teddy bears and there was a blonde kid who I thought was maybe Drew Barrymore (but wasn’t) and also a witch?

The movies (yes plural) that I saw and now only vaguely remember, it turns out, are called Caravan of Courage: An Ewok Adventure (also known as The Ewok Adventure) and Ewoks: The Battle for Endor. Made in 1984 and 85 respectively, these movies take place on the moon of Endor and revolve around the Ewoks saving a human family, which includes some adorable kids, and yes, in the second one, there is a witch and her name is Charal. And very soon I’ll get to see how these movies match up with my fuzzy memory because they are coming to Disney+ in April!

Disney announced today that a whole load of Star Wars content—much of which, like the Ewok movies, has been very hard to find—will be available on Disney+ starting April 2. Beyond the Ewok movies, we’re also getting both seasons of the Ewoks TV series and, maybe more impressive to others, a little-seen animated segment from the infamous Star Wars holiday special, “The Story of the Faithful Wookiee” which, contrary to its name, is about … Boba Fett? Actually, it’s about Chewbacca and Boba Fett, and if we can’t have the whole original Holiday special, this will be a fun tidbit to see again.

And perhaps most exciting to nerds, Disney+ will finally have both volumes of Genndy Tartakovsky‘s Star Wars: Clone Wars. This traditionally animated series is different from the 3D-animated series of the same name and is a big fan favorite that I’ve never been able to catch up with, so I’m really excited to have that easily accessible, too. But I’m honestly excited to see the Ewoks back on my screen, if only to see how accurate my very limited memory of these movies is!

Here are  few other things we saw today: