Things We Saw Today: What MAVEN Found on Mars | The Mary Sue

Things We Saw Today: What Has MAVEN Discovered on Mars? 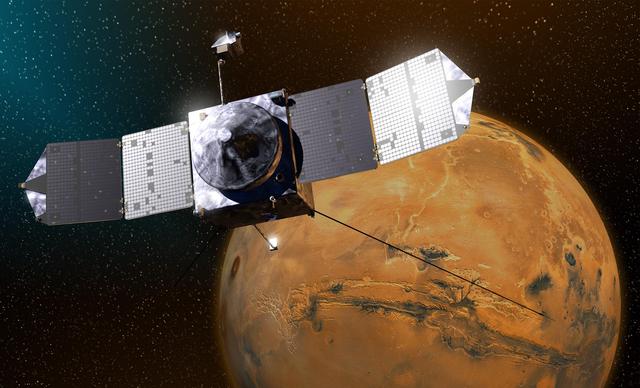 NASA’s MAVEN (Mars Atmosphere and Volatile Evolution Mission) has been studying the upper atmosphere of Mars since September 2014, which means today is its 1,000 Earth day in orbit! To celebrate, NASA released a list of MAVEN’s ten most important discoveries so far. For example, “The Mars atmosphere has been stripped away by the sun and the solar wind over time, changing the climate from a warmer and wetter environment early in history to the cold, dry climate that we see today.” WTF, sun?? Learn even more about how terrifying our solar system is in the full list.