Things We Saw Today: Have Yourself a Merry Little Peek at the Doctor Who Christmas Special 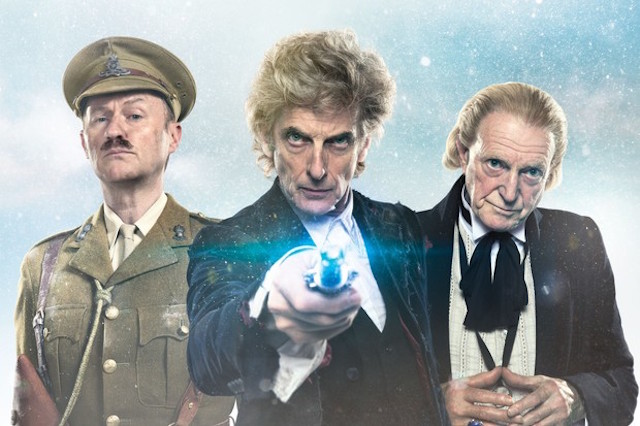 Here’s a sneak peek of this year’s #DoctorWho Christmas Special!
Twice Upon A Time premieres this Christmas on @BBCAMERICA. pic.twitter.com/PE9KzWQa6R

In this extended scene from the hour-long special, “Twice Upon a Time,” Peter Capaldi’s Twelfth Doctor appears to have taken The First Doctor (David Bradley), and a mystery WWI officer (Mark Gatiss) into the TARDIS. The First Doctor is bewildered by his regenerated self and the new digs (as is requisite, he hates what the new Doctor has done with the place), while the officer is confused to hear that he’s a representative from the first world war. “Spoilersss,” says the Doctor.

The Christmas Special premieres on Monday, December 25th, and co-stars Pearl Mackie in what’s being billed as her final appearance as companion Bill Potts. As is tradition, the special will be Capaldi’s last bow (at least for now), and we’ll be introduced in the concluding moments to Jodie Whittaker as the first female Doctor. It’s beginning to look like a very Whovian Christmas.

Here’s the full trailer for your viewing pleasure:

Happy imminent weekend! So what’d you see today, what’s on your mind, and why can’t the Doctors just appreciate their regenerations’ interior decorating choices? 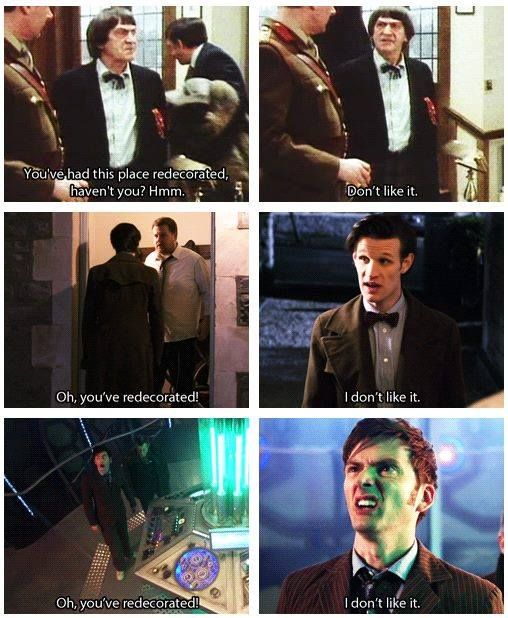