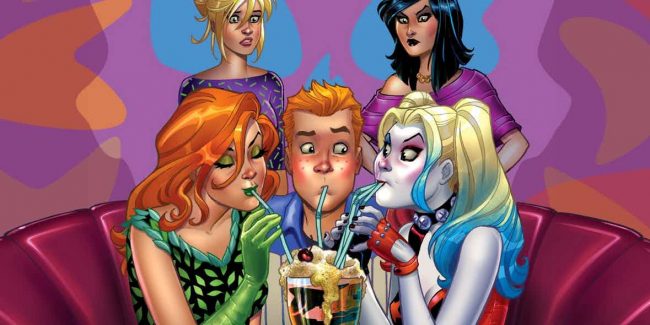 The upcoming crossover Harley & Ivy Meet Betty & Veronica caught my eye a while back, because it sounded like a delightful and wacky premise for all characters involved. It’s definitely by no means the weirdest Archie Comics crossover. However, the image above raised a few eyebrows: is there some kind of implied flirtation going on here between Harley and Ivy and a high school boy? (The Riverdale kids are all adults, so it’s hard sometimes to forget how young they’re supposed to be.) However, in a new interview co-writer Paul Dini appears to suggest that the four women are going to forge a kind of friendship, which is much more heartening. Hopefully. (via ScreenRant)

So very sad to hear about Robert Hardy. He was such a talented actor and everybody who worked with him on Potter loved him.

Robert Hardy, perhaps best known for his role as Minister of Magic Cornelius Fudge but also respected for his historian work, has passed away at age 91.

That’s it for what we saw today, what did you see?