Things We Saw Today: Kmart Pulls Child Bride Halloween Costume That Should Never Have Existed in the First Place 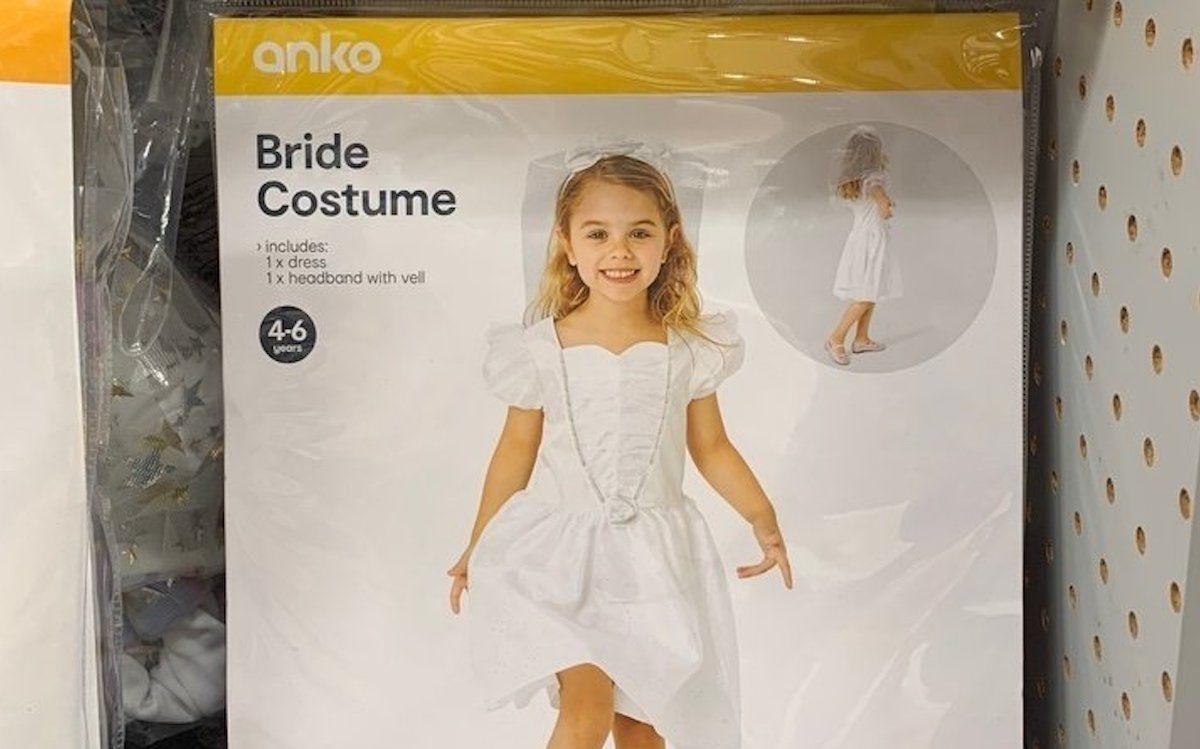 There are a lot of Halloween and other sorts of costumes that shouldn’t exist. There’s the racist cultural appropriations and there’s the weird sexualization of Gilead residents, but “child bride” isn’t one that I’d seen before Kmart announced they were pulling that outfit from their shelves in Australia.

A woman going by Shannon B started a Change.org petition to have the costume pulled and it succeeded in its goal with only 200 signatures at the time, which really makes you wonder how many people inside the company were paying attention to what ended up on their shelves if it took this little (totally valid and correct) pushback to have it removed.

Yes, lots of small children love to play make-believe around weddings but child marriage–a term that itself implies a sort of consent that’s impossible in reality–is a very real problem. Shannon B wrote in the petition that “Each year, 12 million children (girls as young as 6 years old – the same size as this ‘costume’) are sold or married off by their family without their consent. That’s one million child marriages per month!”

A counter-petition insisting we “let kids be kids” and bring back the child bride outfit has already gathered more than 3,000 signatures but 1) There will always be hordes of people eagerly signing their names to terrible ideas and 2) We can’t know how many signatures Shannon’s petition would have gotten if it hadn’t closed when Kmart pulled the costume.

“Wherever you sit in this debate, the Kmart dress gives us a rare opportunity to discuss the grave problem of child marriage experienced by millions of young girls every year,” she said.

(image: Change.org)
Want more stories like this? Become a subscriber and support the site!